The death of an artist is a time to consider and come to terms with one’s relationship to that artist. I’ve listened to and loved many Prince albums, but upon reflecting, I realized I’d never had any sort of relationship with Prince the person — or Prince the performer (it’s notoriously difficult to separate the two). With the world mourning yet another influential, enigmatic musician gone too soon, I decided to take advantage of our nation’s grieving process by catching a local tribute screening of Purple Rain, Prince’s film debut.

My relationship with Prince went from 0 to 60 in a matter moments, a common experience if Prince’s sexually-charged lyrics are to be believed. Purple Rain opens with an electrifying performance of the rousing existential party anthem “Let’s Go Crazy,” and I was immediately swept up by the raw power of Prince’s performance. His confidence as a dancer and musician shine through all the pulsing purple stage lights and the 32 years that now separate us from the film’s release in 1984. Those intervening years are obvious in the garish ’80s fashions onscreen, but it never seems distracting with the svelte, big-haired pop icon at the center of it all — of course a world with Prince in it should be so garish and flashy. 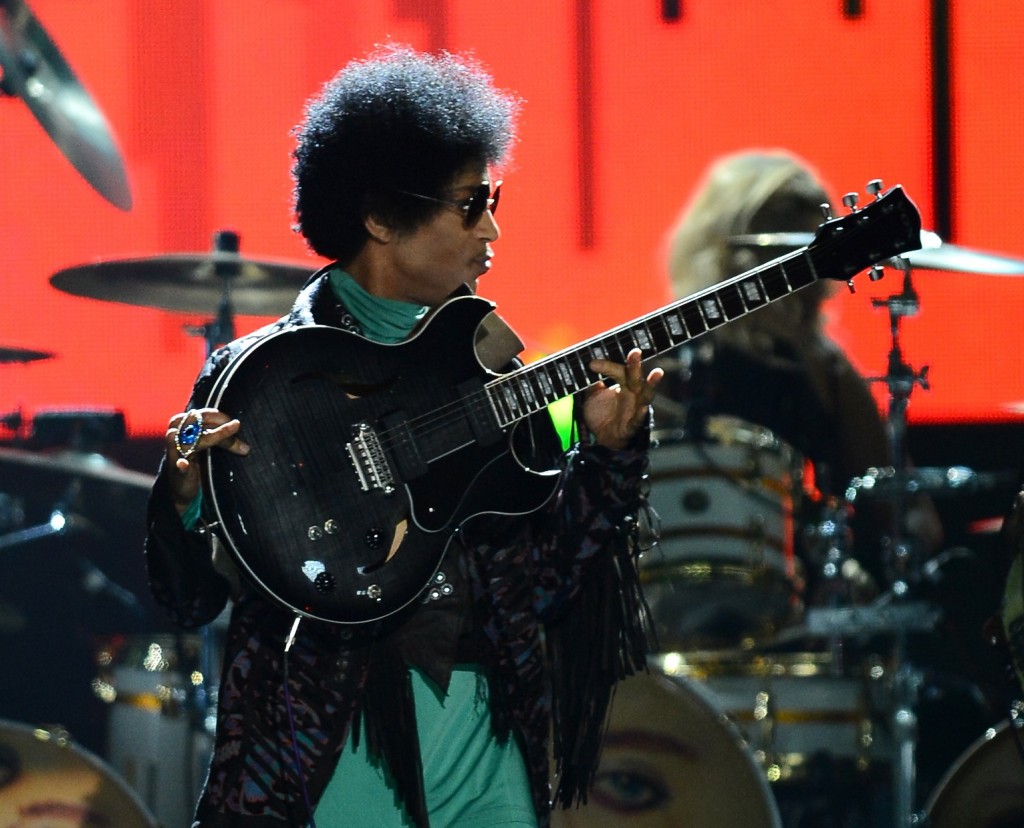 Prince’s electrifying live performances are so good they distract from the fact that Prince, or “the Kid” as he’s referred to in the film, is sort of an insufferable bastard for most of the film. He’s silent and standoffish, especially with his band mates who only want to contribute to his songwriting. He mercilessly teases with his smitten love interest Apollonia (Apollonia Kotero). He’s prone to sudden outbursts that culminate in him beating Apollonia twice, and never apologizing — an unfortunate sign of the times, to quote another Prince song.

While there’s plenty problematic about the Kid, Prince possesses too much aloof star power for audiences to turn completely against him, especially when it all melts away during his performances, wherein he’s shot with all the reverence reserved for real royalty. Like Prince the person, the Kid is enchanting and involving, but he’s difficult and inaccessible too, someone you can’t help but wonder about. It’s the fundamental mystery surrounding this gender- and genre-bending star who redefined sexuality and pop music for an entire decade, a mystery Prince himself contributed to by routinely avoiding interviews.

The Kid is allowed just enough development to make his character more than a coy collection of outdated fashions. His music career is his primary distraction from a dreary home life, where his father regularly beats his mother and Prince himself if he dares to intervene. Without ever explicitly stating so, the script does a fine job of implying that Prince’s fear of becoming like his father is the cause of his solitary nature, which he seems to overcome at least partially by turning a riff written by his neglected band mates into the film’s epic title track. It’s a nice bit of subtlety in a film that deals primarily in flashy extremes. 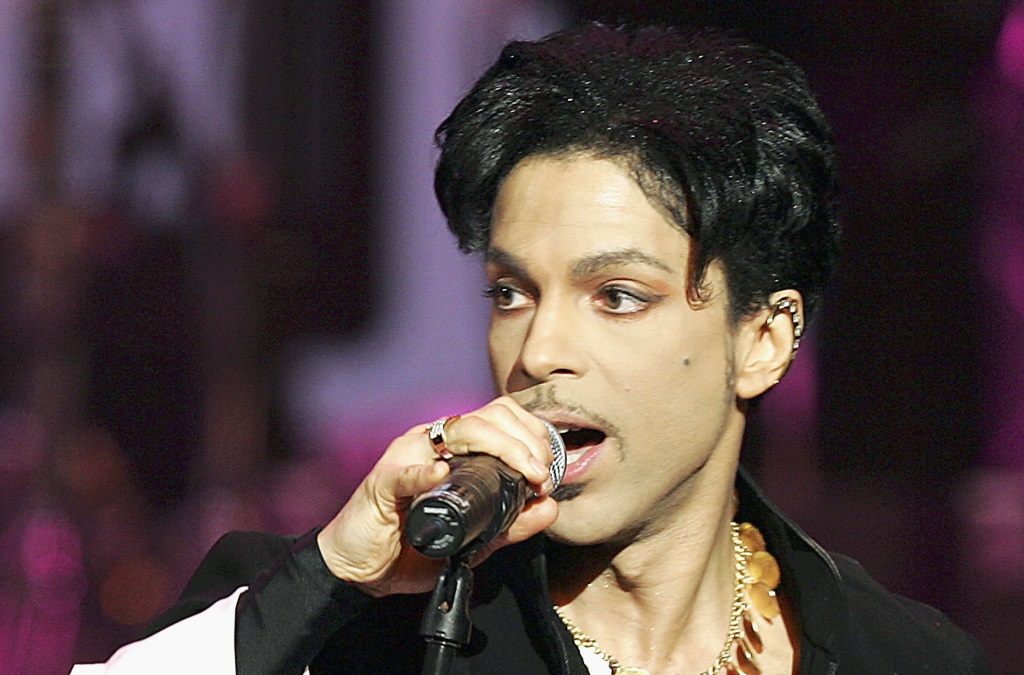 Apollonia is the audience surrogate, viewing this magnetic young performer from the outside looking in. Aside from that, however, the character is paper-thin, existing only to love Prince unconditionally, except when the plot demands otherwise, and to flaunt her sexuality as much as Prince does his. The pair have enough chemistry to make Prince’s coy silence intriguing rather irritating most of the time, but Apollonia’s one-sided adoration and flat acting make this romantic subplot one of the film’s definite weak spots.

Of course, the songs are the true stars of Purple Rain, enlivening the film whenever one begins. There isn’t a weak track in this collection of enlivening showstoppers, though the numbers we actually see Prince perform onstage tend to stand out than the ones that simply score montages. For all those like me who never got the chance to see Prince writhing and dancing passionately  in concert, seeing Purple Rain on the big screen offers a taste of his live talents.

Funnily enough, the songs are so good that actually weaken the film’s bare bones of a plot. Prince and his band The Revolution are at risk of being booted from the club’s lineup due to audience indifference — but how can anyone be indifferent to freaking Prince? Did they hear the same performance of “Let’s Go Crazy” we did? It doesn’t help that the other acts shown are performing lesser songs written by Prince for the film either. 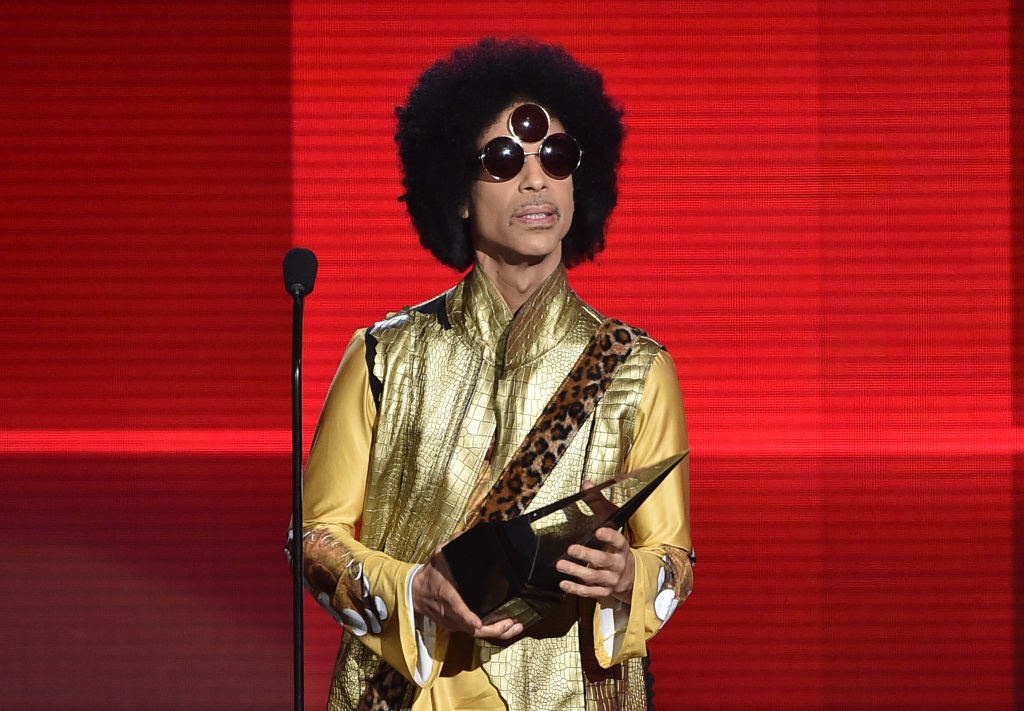 At any rate, the leader of another of the acts named Morris aims to replace The Revolution with a new “sexy but not dirty” girl group he’s putting together, propositioning Apollonia to be the singer as well as his latest lover. It’s not all that interesting or believable, but Morris Day at least makes it entertaining with his worthy comic relief performance, playing the role like a child doing his best to seem important and powerful.

It’s easy to forgive this plot for its leaps in logic and lack of interest, even if the other subplots are similarly messy and often left unresolved in the end. I’d rather watch Prince perform the three-song suite that closes the film than bother with wrapping everything up anyway, marveling once again at the sheer talent that turned Prince from a curiosity into a phenomenon. The film undeniably works better as a concert film than a narrative one, despite all the lovably dated fashions and unexpected pathos that characterize the messy story line.

Purple Rain is Prince, and not too much else. Fortunately, the legendary songwriter and performer offers more than enough to keep the film afloat. Today, it works best as a time capsule, capturing the silly fashions of 1984 along with the commanding passion and underlying tragedy that made Prince into the star he so deservedly claims to be in the closing number, “Baby I’m a Star.”