Quentin Tarantino: The Secret Links Between All of His Movies 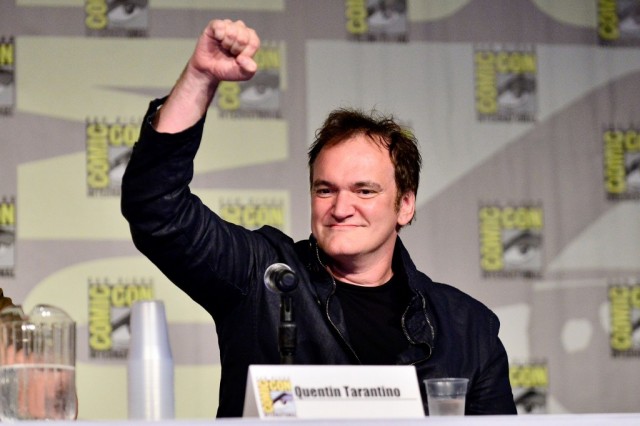 Quentin Tarantino’s films are breathtaking on a number of levels. His frames are always bursting with life; his characters are carefully plotted and active. He captures violence like no other filmmaker in Hollywood. In fact, the average rating of all his films on Rotten Tomatoes is about 85%. What can the man not do?

Well, what if we told you something that made his movies, characters, and screenplays even more complex? He, like Marvel (in some sense), has a cinematic universe. That’s right, all of his movies connect in some way.

Polygon’s Alexander then references Dazed Magazine, saying that a perfect example of this Tarantino macrocosm is Uma Thurman’s character in Pulp Fiction. When she sits with Vincent Vega (John Travolta) and describes her fictional television pilot Fox Force Five, she sums up Kill Bill.

This connection between each Tarantino film is basically threaded together through familial relations. Whether a character is related to another, of a different film, is usually a good indicator of whether that film is in the “realer than real” universe or the “separate movie universe.”

For example, Pulp Fiction‘s Vincent Vega (Travolta) is brother to Vic Vega (Michael Madsen) of Reservoir Dogs. These two films, then, are “real.”

What Tarantino does not do, at least so far, is combine characters through cameos or off-screen dialogue, or any of those ploys. One simply has to recognize the characters’ names and connect the dots.

This directly opposes the way Marvel connects its Cinematic Universe. The comic book films centered around certain superheroes usually feature cameos from another one of the Avengers, like Iron Man (Robert Downey Jr.) or Captain America (Chris Evans), etc.

Let’s look at Ant-Man, for example. In it, Anthony Mackie’s character Sam Wilson aka “Falcon” crosses paths with Paul Rudd’s character Scott Lang aka “Ant-Man” at the Avengers compound.

For Tarantino, you won’t see something like Django: Unchained character Django (Jamie Foxx) crossing paths with Hateful Eight character Major Marquis Warren (Samuel L. Jackson), but perhaps there could be a familial relation between the two that emerges in some subsequent film. That is the loose, but compelling world Tarantino has built. (Although, we could say, Django: Unchained and Hateful Eight are probably a part of the “separate movie universe.” Perhaps Mr. Pink (Steve Buscemi) screened one or two of the “westerns” before joining ranks with the rest of the thieves in Reservoir Dogs… It’s food for thought.)