Quentin Tarantino’s films feature many things — sly pop culture references, gratuitous violence, unbearable tension, snappy dialogue, non-chronological storytelling — but perhaps his greatest strength lies in the characters he creates. Whether heroic or villainous or somewhere between the two, Tarantino’s best characters make an impression that the viewer isn’t likely to forget about, and they do more than further the plot. They seem to live and breathe, becoming their own persons right there onscreen as the events of the film play out around them, or because of them.

The first of Tarantino’s many memorable villains, the most sadistic of the Reservoir Dogs was brought to life with disturbing clarity by frequent Tarantino collaborator Michael Madsen. Despite his brutality, he’s still allowed to exist as a character and a good friend to his employer. While his reign of terror in the film doesn’t last long before he’s dispensed of by Tim Roth’s Mr. Orange, he still finds time to chew scenery and ooze the kind of coolness that makes your skin crawl before he gleefully tortures a captured cop to the tune of Stealer’s Wheel’s “Stuck in the Middle With You.” That’s enough to make him an all-timer.

As great as Tarantino’s writing is, the credit for creating Mia Wallace belongs primarily to another of his frequent collaborators, Uma Thurman. At the height of her powers in terms of looks and acting prowess, she makes her every line into an exercise in seduction that energizes the scenes she shares with hired hand Vincent Vega (John Travolta). Creating tension purely through sexuality, Mia Wallace is simultaneously well-controlled and volatile, whose effortless control of the situation is finally undermined by her own delicacy when she ODs just before their date can end. 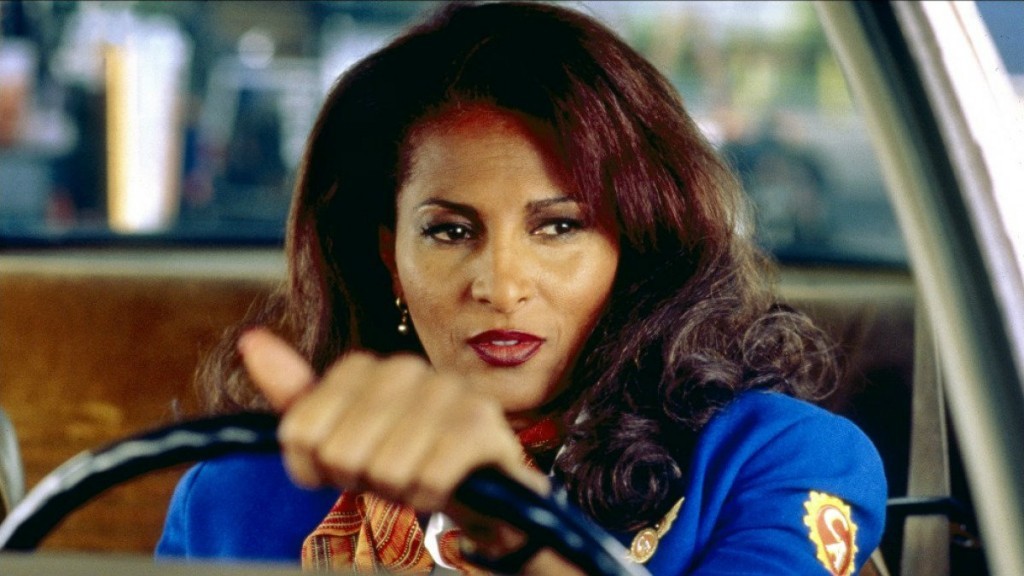 Many of Tarantino’s characters are great because they’re exceptional. Pam Grier’s titular protagonist of Tarantino’s third directorial effort Jackie Brown is ordinary. But she isn’t weak. She has a quiet strength and resolve that ultimately allows her to succeed in extraordinary circumstances, as she uses her intelligence and cool in order to deceive a collection of villains led by Samuel L. Jackson’s Ordell Robbie. Pam Grier might not be playing the same sort of heroine she played in the ’70s blaxploitation films that made her famous, but Jackie Brown is one of Grier’s greatest heroines to date, even if she is just a flight attendant. 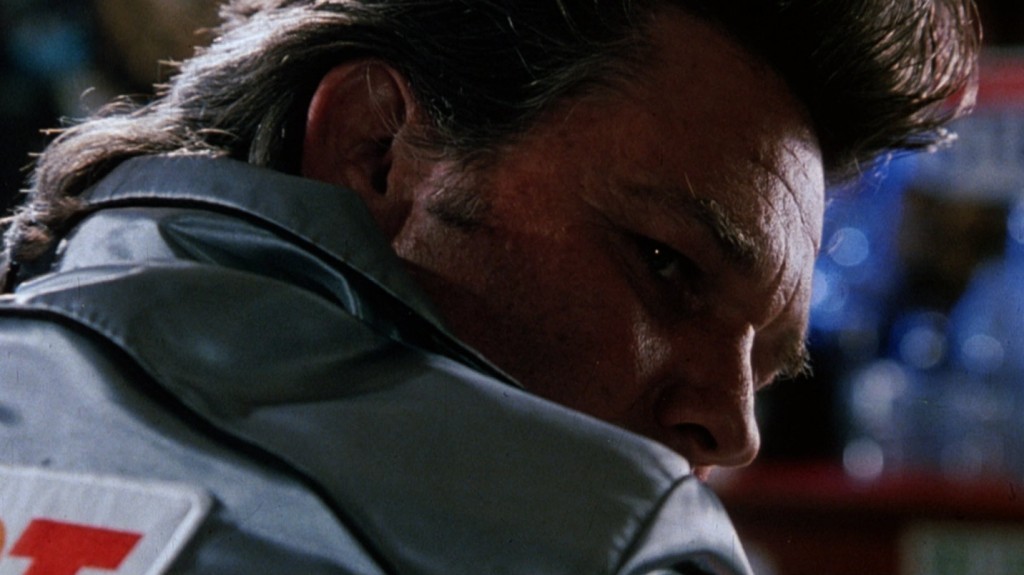 Turning a scenery-chewing ’80s macho hero into a sadistic villain is a predictable move for the backward-looking Tarantino, but it paid off big in his B-movie homage Death Proof, wherein a wizened Kurt Russell blended charm and malice perfectly. Almost wholly carrying the film by creating tension through his unending sadism, Stuntman Mike is the kind of villain who doesn’t need to be one-dimensional when his leery grin and vehicular murder weapon are so immediately iconic. 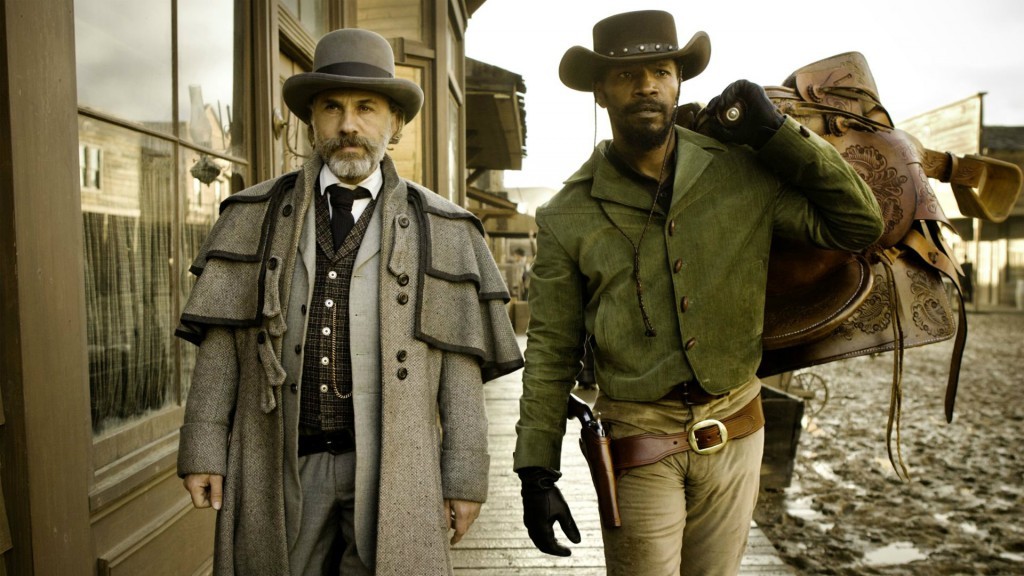 Django may be the ostensible hero of Django Unchained, but his close-mouthed, vengeful demeanor meant he never quite became much more than a retooling of old Blaxploitation hero tropes. Meanwhile, his partner in crime gives the film its more human heart, as Christoph Waltz’s enterprising German bounty hunter is able to look at the strange brutality of pre-Civil War America with a curious remove. Waltz plays Schultz with a jovial demeanor that makes him immediately endearing, but his greatest asset comes with his sense of justice and duty, a trait that ultimately leads to his demise. 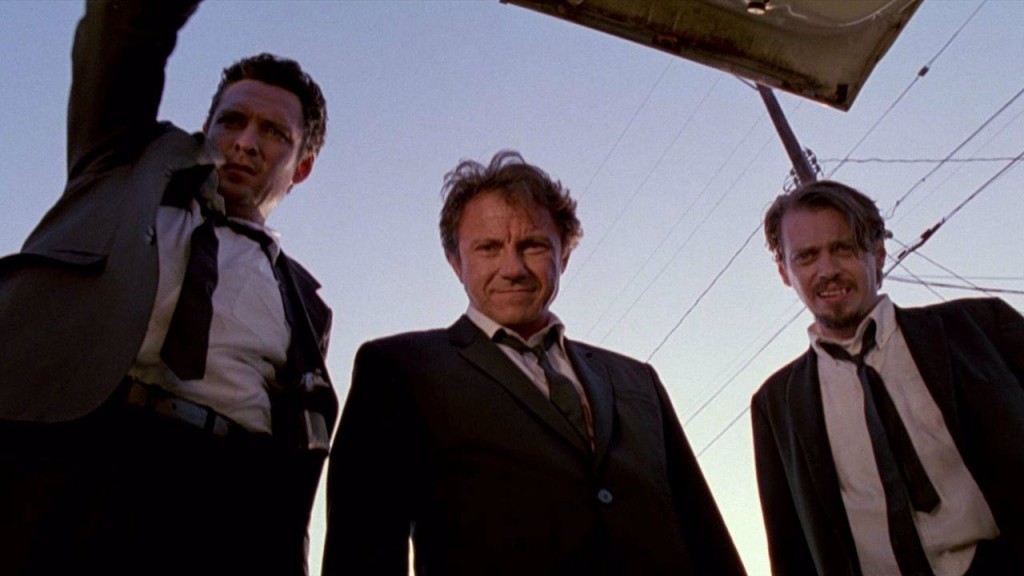 Every major character in Reservoir Dogs (with one obvious exception) is struggling to figure out who ratted out their heist before anything can go any further south, but no one character quite represents the unnerving paranoia at the heart of the film better than Steve Buscemi’s squirrelly Mr. Pink. Played to bug-eyed perfection, Mr. Pink is anything but reserved, delivering many of the movie’s greatest lines as his unstable demeanor and strongly held beliefs on tipping rub up against every one of his criminal collaborators in thrilling and entertaining ways.

As a chamber drama focusing primarily on the tension between a group of uneasy rogues trapped in a blizzard, The Hateful Eight is almost entirely driven by its characters. While Kurt Russell and Samuel L. Jackson enjoy many of the film’s best lines, the most surprising of the lot must be the Confederate marauder-turned-sheriff Chris Mannix played by Walton Goggins. Blessed with a dumb good-ol’-boy accent and wide-eyed expressiveness, Mannix dabbles in reluctant heroism and racist villainy whose arc turns the one-dimensional southerner into the film’s most compelling character.

With Jules Winnfield of Pulp Fiction, a legendary actor-director partnership was born, and it’s easy to see why. With his ’70s perm and steel-eyed resolve, Jackson knows precisely how to deliver Tarantino’s stylized lines to make them sound both naturalistic and uber-cool. While his partner Vincent Vega enjoys more screen-time, it’s Jules who gains added depth as the film goes on, advancing from foot rub-related banter to biblical quotations and honest revelations that lead him on a path toward redemption that will ultimately save his life. Jules is a bad guy, but in the hands of two masters, he’s the best sort of bad guy. 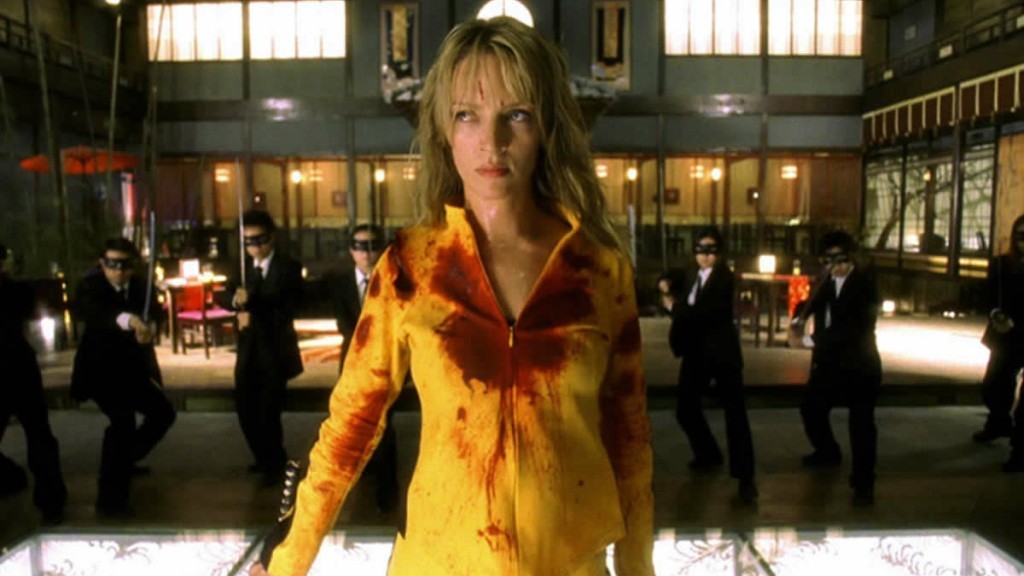 Mia Wallace might have the power of seduction, but the mysterious Bride who remains unnamed for most of Tarantino’s two-part Kill Bill series wields the power of revenge, as well as badass swordplay. The director takes his affinity for ass-kicking heroines to new levels in Kill Bill, as Beatrix Kiddo again and again asserts her cunning and fighting prowess through sheer determination and a single-minded desire for revenge against the man who ordered her killed. Focusing on her vulnerability without ever diminishing her enormous strength, the film makes Beatrix into a hero for the ages.

As impressive and complex as his heroes often are, the top spot in this list of Tarantino’s best can only go to a villain. Christoph Waltz became known to the world in Inglourious Basterds as the Jew Hunter, a terrifying and elegant Nazi soldier whose lack of humanity and cunning makes for many of the film’s most arresting scenes, including the opening scene on a French farm and a later one wherein he strangles a woman with his bare hands. Though he’s allowed to be occasionally amusing, the audience is keenly aware that Hans Landa is nothing but a human snake, whose villainy is only made worse when he tries to bargain to create a life after the collapse of the Third Reich. Simultaneously disturbing and amusingly clever, Landa represents so much of what makes Tarantino great, even as he demonstrates the worst of the human race.