Rachel McAdams Is the Next Matthew McConaughey 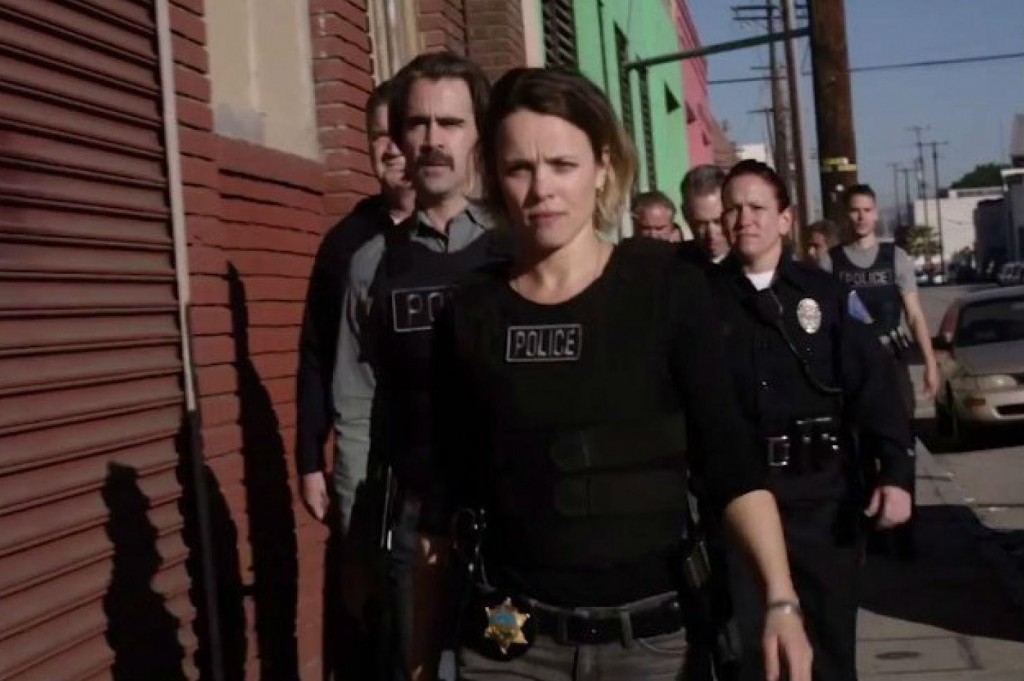 The highly anticipated second season of True Detective is finally here and critics are saying that star Rachel McAdams’s performance is the most compelling aspect of the gritty L.A.-set crime drama. McAdams has up until this point been known mostly for her work in romantic comedies, with the romantic classic The Notebook catapulting her to fame and future roles in The Time Traveler’s Wife, The Family Stone, and The Vow keeping her entrenched in the romance genre. The part on True Detective as Ani Bezzerides, “a Ventura County Sheriff’s detective whose uncompromising ethics put her at odds with others and the system she serves,” is McAdams’s meatiest role yet and the actress might be able to use the attention to break out of her typecast rom-com rut.

Is all of this sounding a little familiar? It should, because this is almost the exact same conversation that was had surrounding Matthew McConaughey’s role in the first season of True Detective last year. McConaughey had just come off winning an Oscar for Dallas Buyers Club when True Detective debuted and the part of the nihilistic philosopher-detective Rust Cohle was called the best role of his career. The performance was like nothing ever seen on TV before, as was the writing of the critically-lauded, arresting new anthology series.

McAdams is a part of an ensemble cast including Vince Vaughn, Colin Farrell, and Taylor Kitsch, but she’s getting the best reviews of all the actors so far, perhaps because the role is such a huge departure from the work she’s done in the past. This was also similar in the first season of the show, as McConaughey got much more attention for his performance than co-star Woody Harrelson. Harrelson was also superb on the show and earned an Emmy nom alongside McConaughey, but since Harrelson was already known for gritty roles his part wasn’t as heavily focused on in the media.

“In distinct contrast to the testosterone-fueled Season 1 of True Detective, McAdams is the real powerhouse here in a startling performance of sheer steel and raw wounds,” said Deadline’s review of the first few episodes that were given out to critics for early review. That same review also said that the new season doesn’t disappoint, but should be taken as a separate entity from the first.

The first season of the show was criticized for its male-centric viewpoint, but this showcase for McAdams should help the series and creator Nic Pizzolatto leave behind accusations of sexism. It was widely speculated which actress would landed the coveted female lead in the second season of True Detective, and McAdams has clearly nabbed a career-changing role. Seeing the actress dressed in a police uniform and wielding a pistol is a big change when we’re more used to her being glamorous and goo-goo eyed over her hunky male co-stars.

This in addition to her role in the boxing drama Southpaw starring Jake Gyllenhaal is the sign of a big change happening in McAdams’s career. In Southpaw she plays the long-suffering wife of a famous boxer who enjoys the high-class lifestyle his sport affords, but doesn’t handle the violence he has to endure very well. Critics have been looking forward to this film after Gyllenhaal’s standout performance in last year’s Nightcrawler, and the co-starring part is a nice feature for McAdams as she moves away from her rom-com roots.

With the new season of True Detective TV fans were wondering two things: would the second season disappoint after the first, and who would be the next Matthew McConaughey coming out of the show with a benchmark performance? We won’t know for sure until we’ve had time to digest the entire second season whether it lives up to the high watermark set by Season 1, but for now it looks like McAdams is coming out the big star of the second installment.