‘Rainbow Six Siege’: What It Gets Right, Wrong, And What It Can Fix 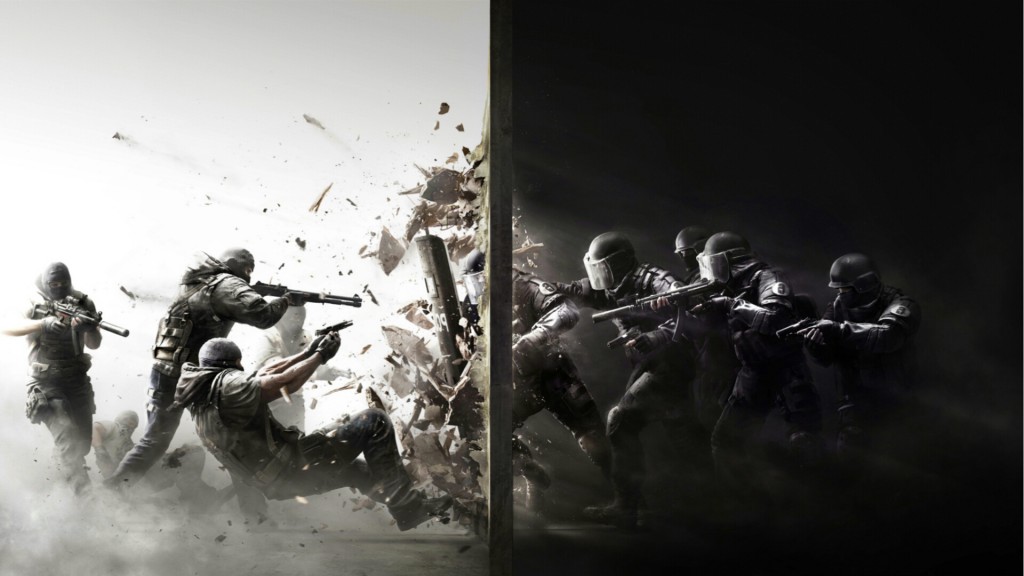 Any gamers interested in competitive shooters have probably spent the better part of the last year with their eyes on the development of Rainbow Six Siege, the long-awaited continuation of the Rainbow Six franchise. It hit physical and digital store shelves December 1 after a couple of beta tests to work out some kinks. So now, what those who are waiting to buy, and even those who have pulled the trigger, are surely wondering: Is it any good? Is it worth your hard-earned $60?

What Siege gets right

To put it plainly, Rainbow Six Siege has a lot going for it. The graphics are sleek, the game runs smooth, and the main gameplay concept is solid. It certainly feels like a true entrant into the new generation of video games, running well on all compatible platforms — even with a clean PC version that doesn’t suffer from poor PC port syndrome.

The focus of the game is on the 5 v 5 multiplayer scenarios that pit players against one another, relying on coordinated strategy, an effective combination of the special skills of each operator, and high-level gun-play.

The PvP game mode offers hostage rescue, bomb defusal, and secure area match. With the destructive environments, the landscape of the battle is very dynamic, so one match can feel very different from another, even if all the starting conditions are the same. And with the complex rock-paper-scissor balancing of operators, every match offers an interesting puzzle for both the attacking and defending teams.

The Ranked game mode offers the most satisfying degree of strategy, as players are tasked with choosing starting locations, and matches last longer, forcing teams to consider their decisions carefully, as a defense that worked perfectly once might be easily defeated if repeated.

What Siege gets wrong

It’s important to clarify that Siege isn’t a “one and done” style game launch. Ubisoft has promised continuing updates to offer more content — and surely fixes — in the future so that Rainbow Siege can be a continually evolving and engaging competitive shooter. But what that boils down to right now is that there’s a general feeling that the game isn’t quite complete, and you wouldn’t pay full-price for a car if the dealer was going to make you wait a month to get the mirrors and another three months to get the windshield.

For now, players have access to Casual and Ranked PvP gameplay, as well as the cooperative Terrorist Hunt mode that has a number of different scenario types, and a selection of “Situations” that function like tutorials, familiarizing players with a few operators, gadgets, and ways of interacting with the maps. That might seem like enough, but the “scenarios” are quickly blown through, and not really worth repeating. Terrorist Hunt is somewhat fun, and a great way to earn XP, but it has some shortcomings we’ll get into momentarily. And Casual and Ranked game modes offer pretty much the same thing but with a few small tweaks. While the PvP mode really is stellar, it can burn a player out, and it’s nice to have some other game mode worth switching to to take something of a rest that still offers a degree of practice (i.e., not having to switch to a different game). 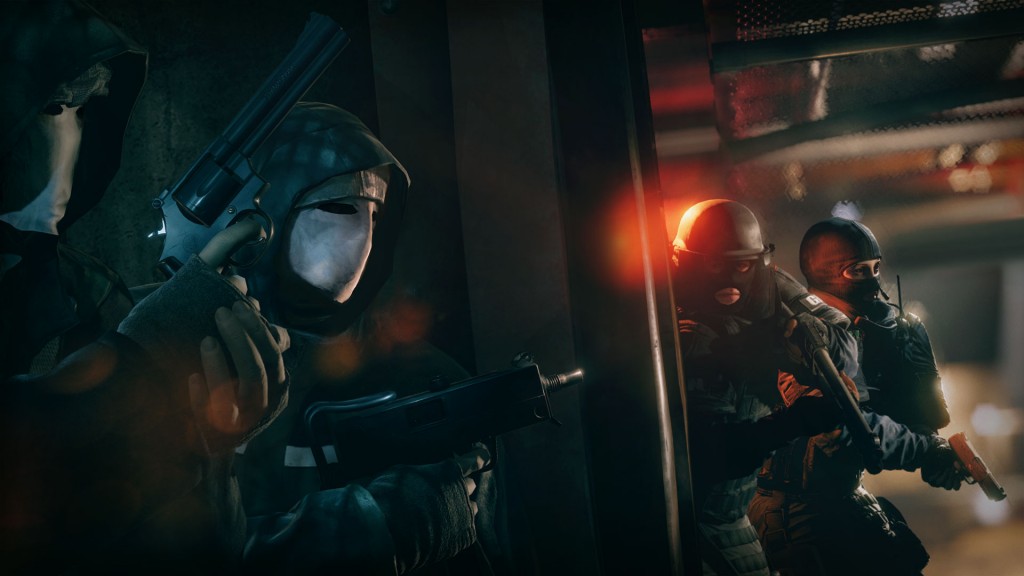 Now back to Terrorist Hunt. This is the cooperative game mode that has a team of operators, or you can go solo, entering a building overrun with terrorists, barbed wire, and explosives. It’s a bit fun, as you get to go around, guns blazing, taking out enemy after enemy — a feeling you likely won’t get in the PvP mode. But the AI isn’t all it’s cracked up to be. On the easiest difficulty, the terrorists are pushovers, and you can go in like a strategy-less Rambo, and the only time it becomes difficult is when too many terrorists are lining up to be shot and you don’t have time to reload, or one terrorists got lost in a corner and you have to search the whole building for him. On the opposite end of the spectrum is the Realistic modes, in which the AI doesn’t actually seem a whole lot smarter, but they certainly seem to have aiming hacks turned on, as they will shoot you dead with unbelievable accuracy. I don’t know if lightning reflexes count as improved AI.

Sadly, even the PvP game mode has some shortcomings. Some are just simple bugs, which aren’t really worth talking about in detail, as they’ll more than likely be washed away with patches soon enough. One of the biggest issues is that matchmaking is somewhat slow, so it can take a while to get into a match. The matchmaking problems continue as it’s hard to have a true 5 v 5 match play out, with plenty of players either dropping or quitting mid-match, leaving teams unbalanced sometimes for the remainder of a match. In a game where balance is crucial, the regularity of unbalanced teams is a big problem.

What Siege could do to improve 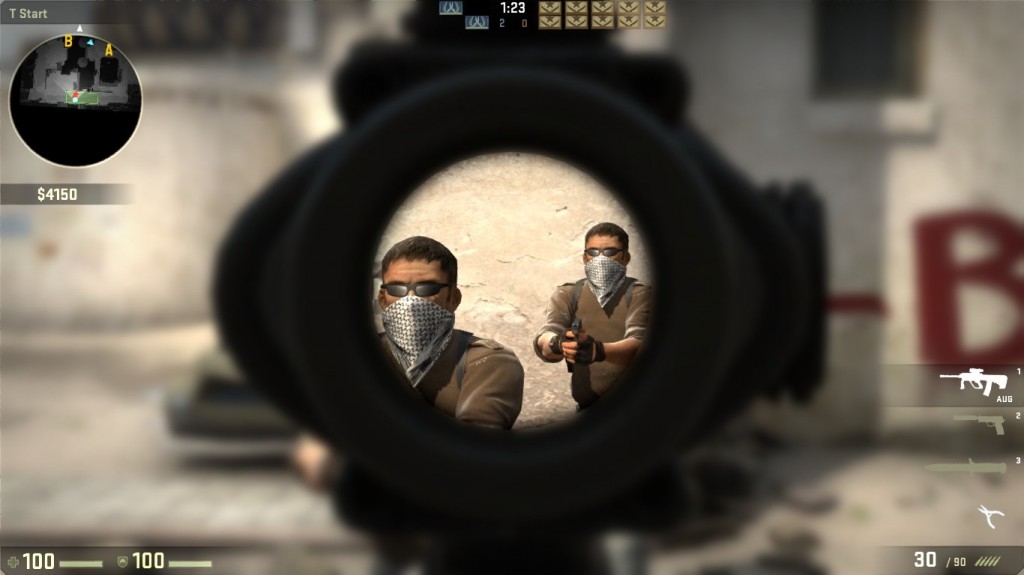 In truth, one of the best things Rainbow Six Siege could do to improve is learn from those that came before. Sure, Siege is offering a compelling new experience in the form of chess-like strategic combat, but that doesn’t mean there aren’t a lot of tips it could have taken from other video games that do something similar — the most obvious comparison being Counter-Strike.

Counter-Strike, too, features hostage and bomb scenarios that pit terrorists against counter-terrorists. It, too, has a competitive 5 v 5 mode. In its current form, Counter-Strike: Global Offensive, or CS:GO, also has a lot to offer players in terms of variety. Plenty of maps, a handful of game modes for those maps, and the endless absurdity of community servers, which offer an overwhelming variety of gameplay experiences. The game mode variety is a lesson Ubisoft could learn from. A lot of the maps in Siege seem as if they would make fantastic team death match maps as well. As Ubisoft has promised to release new game modes in the future, it’s possible this could be something that’s in the works. However, something as simple as a team deathmatch doesn’t seem like players should have to wait long for it. Now, we’ll have to all just keep our fingers crossed for the infamous Gun Game mode.

Also, for a game that puts such a high level of importance on communications, Siege could stand to have more controls in-game for audio. It currently doesn’t allow the selection of multiple input devices in case players have more than one, so that has to be done before booting up the game. Some players have also had issues with voice chat not coming out of the right audio channel. Even players who get their mics working seem to have a lot of difficulty getting a proper volume.

Then there’s the unbalanced team problem. In Ranked matches, abandoning penalizes the player who quits, but the team that’s down a man is really hurt. They have one less player, obviously, but that also means fewer gadgets helping counter the opposing teams tactics, and on the defensive side, that means less ability to fortify the position. Ubisoft needs to find a better way to discourage quitters, or perhaps encourage players to say, even if their team isn’t doing so hot. Further, if a player does drop, leaving that team down a man and continuing to rank the match isn’t terribly fair. The least the game could do is learn from CS:GO and give the short team an AI-controlled operator, which though useless on its own, may at least allow a dead player to come back and control the Bot.

Rainbow Six Siege offers a lot in terms of quality and its core concept. What is currently present is great. But what’s lacking actually feels lacking. Until the game gets additional maps and, more importantly, game modes, it’s not going to feel like a full $60 game. Maybe within a year, it will start to blossom.