Rami Malek is busy working on his role as Freddie Mercury – mustache and all – in upcoming biopic Bohemian Rhapsody. Fans were treated to a photo of the actor playing the part. 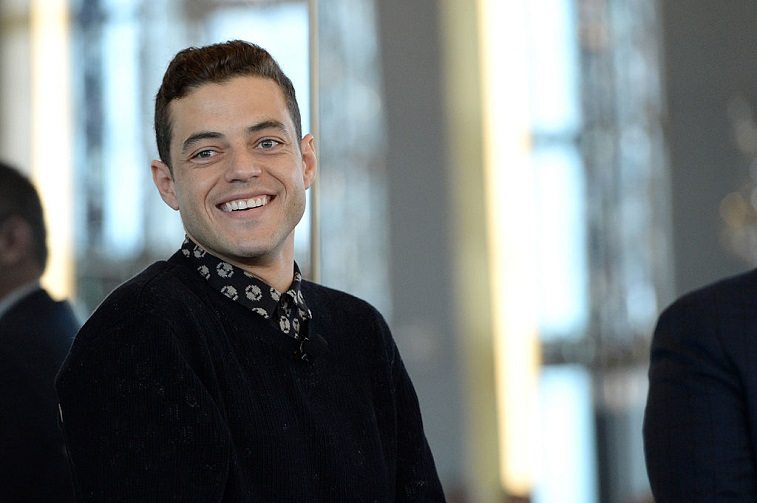 Director Bryan Singer posted the snap to Instagram, featuring Malek playing Mercury on stage, captioned, “Couldn’t help myself and had to post this iPhone pic.”

Couldn't help myself and had to post this iPhone pic

Malek was recorded in a fan-shot video in September in which the scene from Queen’s Live Aid performance is recreated. Malek is seen playing the part by mimicking Mercury’s body language as he heads on stage and punching the air to hype up the crowd. He then goes on to play “Bohemian Rhapsody” on the piano.

The biopic will cover Queen’s start in the 1970s through the Live Aid concert – six years before Mercury passed away from AIDS complications.

Malek is joined in the film by actors Ben Hardy, Joe Mazzello, and Gwilym Lee, who play the other band members. Mercury’s muse, Mary Austin, is played by Lucy Boynton.

Sacha Baron Cohen was originally set to portray Mercury in the film, but he withdrew from the role over disagreements about how certain elements would be covered, Rolling Stone reported. After that, actor Ben Winshaw was cast as Mercury, but that fell apart as well. Malek announced he had been cast for the part in November 2016.

Singer, who is directing the film, has directed several X-Men films. His directing resume also includes movies such as Superman Returns, Star Trek: Nemesis, and The Usual Suspects.

On the set of Bohemian Rhapsody, surviving Queen band members Brian May and Roger Taylor serve as executive producers and musical supervisors. The two were responsible for choosing Singer to direct the film due to his “extraordinary imagination and style,” reported Consequence of Sound.