Woody Allen came under fire on Twitter for comments he made Saturday regarding Harvey Weinstein, including he is “sad” for the disgraced producer. Allen, 81, collaborated frequently with Weinstein on movie projects, including Oscar-winning Mighty Aphrodite and Bullets Over Broadway. 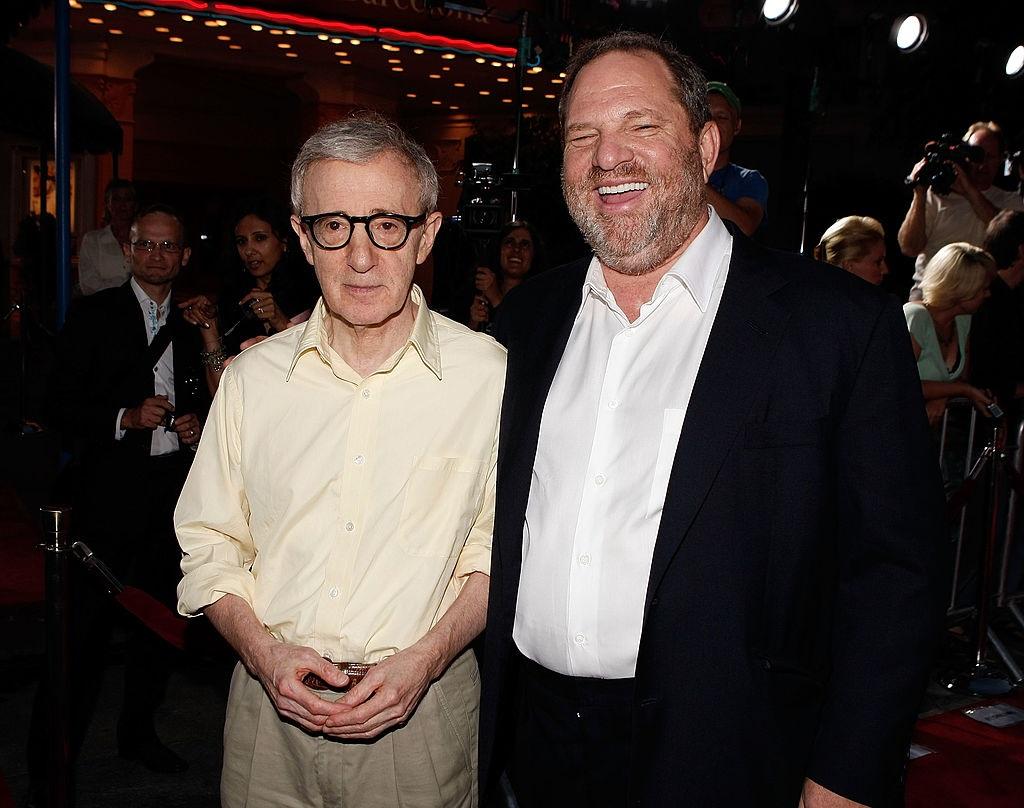 Woody Allen and Harvey Weinstein on the red carpet at the premiere of “Vicky Cristina Barcelona” on Aug. 4, 2008 in Westwood, Calif. | Kevin Winter/Getty Images

“No one ever came to me or told me horror stories with any real seriousness,” Allen said in an interview with BBC. “And they wouldn’t, because you are not interested in it. You are interested in making your movie. But you do hear a million fanciful rumors all the time. And some turn out to be true and some – many – are just stories about this actress, or that actor.

“The whole Harvey Weinstein thing is very sad for everybody involved. Tragic for the poor women that were involved, sad for Harvey that [his] life is so messed up. There’s no winners in that. It’s just very, very sad and tragic for those poor women that had to go through that.”

Allen’s comments were made regarding Weinstein having been accused of sexual misconduct by at least 32 women after The New York Times made an initial report regarding accusations on Oct. 6.

Allen is no stranger to allegations of sexual misconduct, having been accused by his adoptive daughter Dylan Farrow of assaulting her her starting when she was seven years old. The claim first surfaced in 1993, and Farrow wrote an open letter regarding the matter in 2014, which was published by The New York Times.

In addition, Allen had an affair with Soo-Yi Previn, the adopted daughter of girlfriend Mia Farrow. The actress left Allen upon learning of the affair in 1992, when Previn was 21 years old. Allen went on to marry Previn.

Twitter reacted swiftly to Allen’s comments from Saturday’s BBC interview. Some people inserted dripping sarcasm, whereas other just expressed their thoughts in harsh words. Many referred to Allen’s own past.

Harvey Weinstein, Woody Allen and Roman Polanski walk into a bar, they're all given Oscars and leave to a standing ovation.

Woody Allen and Oliver Stone seem scared that the culture around sexual assault will change in the wake of Weinstein. I want them TERRIFIED.

Allen went on to clarify his comments on Sunday, in a statement made to Variety.  “When I said I felt sad for Harvey Weinstein, I thought it was clear the meaning was because he is a sad, sick man,” Allen’s statement read. “I was surprised it was treated differently. Lest there be any ambiguity, this statement clarifies my intention and feelings.”

Allen also made a “witch hunt” comment which went on to be referenced by many on Twitter. “You don’t want it to lead to a witch-hunt atmosphere, a Salem atmosphere, where every guy in an office who winks at a woman is suddenly having to call a lawyer to defend himself. That’s not right either. But sure, you hope that something like this could be transformed into a benefit for people rather than just a sad or tragic situation.”