‘Real Housewives of Atlanta’: Everything to Know About Porsha Williams’ Pregnancy 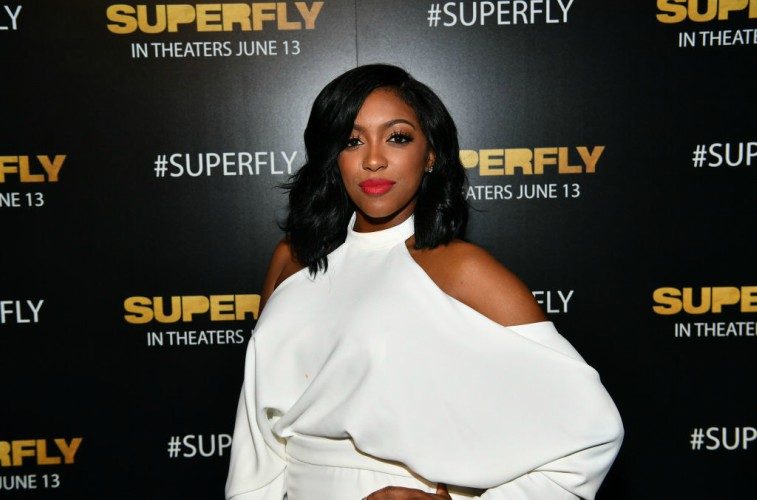 The next season of Real Housewives of Atlanta might have two new faces due to changes in Porsha Williams’ personal life. She not only got a new boyfriend, but she also is expecting her first child with him. This might be a surprise to fans because she’s been pretty secretive during the past months. But here are seven things to know about her pregnancy.

1. Porsha Williams made a pregnancy announcement on Instagram on Sept. 19

❤️I am happy, healthy… and pregnant! #BabyMckinley #DM❤️ #Blessed *Check out our full baby story in @People Magazine on newsstands Friday #TheMckinleys *Love you all thank you for your support and warm wishes it means the world to us!

The expecting reality star posted pictures touching her belly on Instagram. The announcement also came with an interview with People giving all the details about the pregnancy.

2. The father is her boyfriend, Dennis McKinley

Screaming Happy Birthday to my love #DM❤️ Let’s make it last foreverrrr. Yes we have a secret handshake lol he matches my goofy swagg #Swipe

Williams was dating Dennis McKinley for six months before they publicly announced their relationship, according to Atlanta Black Star. McKinley reportedly has multiple businesses including a weave company, The Original Hot Dog Factory, Cru Hookah Lounge, and Daydream Hookah Lounge, according to Celebrity Insider.

3. When she first found out she was excited and scared

The reality star revealed she had mixed feelings when she found out about the pregnancy. “When I found out I was pregnant, I was excited [but] I had mixed feelings. The other feeling that I had beside excitement was fear,” she told People. Some of that fear came from the health issues she had in the past.

4. She previously had a miscarriage and fibroids

But Williams also made clear that the baby has been cleared with good health in her appointments.

5. If the baby is a girl, they might name her after Williams

The couple is already coming up with baby names. McKinley picked one for a girl “One of the names that he has absolutely settled on — I’m not settled on it yet — is PJ,” Williams told People. “PJ stands for Porsha Jr. He wants to name our daughter Porsha Jr.”

6. She made a video after an appointment saying she thinks it’s a boy

The sex of the baby has yet to be revealed. Williams did post a video after an appointment to give fans an update. In it, she says she believes it’s a boy while her boyfriend isn’t sure. She also said she isn’t sure whether the couple will wait to find out and maybe they’ll throw a party to announce it.

7. The baby is due in the Spring

McKinley posted a video of a sermon by Minister Louis Farrakhan on Instagram along with a caption that revealed when the baby is due. The caption reads “@porsha4real Let the dynasty begin….together we build
‘The home is not a woman’s place, it’s her base. Her place is wherever her gift will take her if she is free to be who she really is’ #Farrakhan  #TheMcKinleys #SpringBaby #dynasty #StepIntoYourGlory #BlackQueen #FirstBornTakesTheThrone”