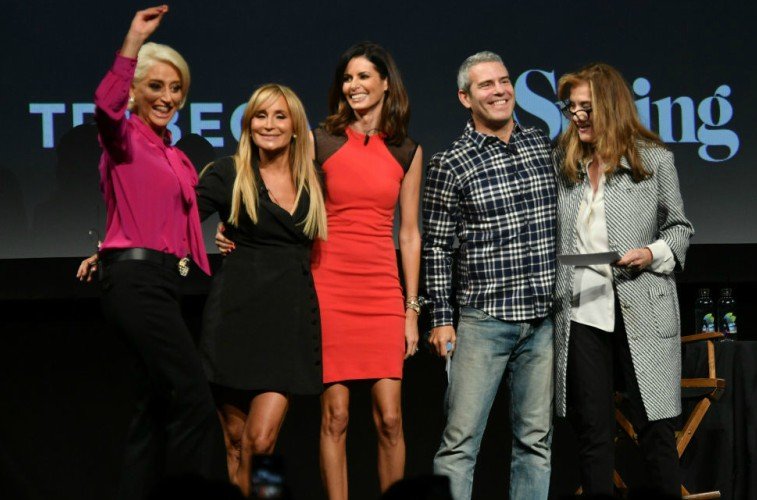 Season 11 of Real Housewives of New York is destined to be interesting given Carole Radziwill will be replaced and Luann D’Agostino will return after missing Season 10’s reunion. The cast is already filming the new season so there have already been headlines about what’s to come.

The Cheat Sheet found out more by talking to Andy Cohen at the Tribeca Talks: Ten Years with The Real Housewives of New York City at the Tribeca TV Festival on Sept. 23. This is what he had to say about the upcoming season.

Luann D’Agostino missed last season’s reunion because she went back to rehab. When asked if this meant there will be unresolved issues between her and the cast, Cohen gave an interesting answer.

“Yes,” Cohen told The Cheat Sheet “the season will begin with some unresolved issues between the women and I think people will love that we hit the ground running.”

Cohen comments on the casting change next season

Radziwill is out so the dynamic between the cast is bound to change. “I think it’ll be a natural evolution,” Cohen said about Radziwill’s exit. “The women will just pick right up where they left off basically.”

There is also a rumor that Barbara Kavovit has been filming with the cast in order to try out to be a full cast member. Kavovit previously appeared on the show as D’Agostino’s friend. Cohen wouldn’t confirm if she was joining the cast but he did talk about trying out new people.

“I will say you know we’re always trying out new faces,” said Cohen. “That’s part of the reason the show’s so successful, and we have a lot in store for next season.”

It sounds like Season 11 will be another exciting season.