6 Reasons Not to Play ‘ReCore’

ReCore is the latest Microsoft exclusive — which is to say that it’s available both on Xbox One and Windows 10, just like all Xbox “exclusives” going forward. On the surface, the game has a lot to make us want to recommend it. It’s made by people responsible for the lauded Metroid Prime series and the Mega Man games. It has an intriguing premise, about a woman and her robotic pets, who traverse a planet populated by mostly hostile robots. But now that it’s here, is it really worth your time and money in a season crammed full of big-name games?

Unfortunately, the answer is “probably not.” ReCore makes a fine first impression, but it’s brought down by some baffling design decisions, and it never ends up feeling like more than the sum of its parts. Let us count the ways it lets players down.

The first signal that ReCore wasn’t going to be a meaty game came when we saw the $40 price tag. It was as if Microsoft was signaling that there’s not enough here to justify the standard $60 price point. And that’s exactly how it’s played out.

ReCore is not a long game. That would be fine if it were densely packed with amazing stuff to do, but that’s not the case. All too often, you’ll encounter quirks that seem designed just to keep you playing longer. Take the over-world: It’s so big and spaced-out that navigating it feels like a chore. It’s like they made it bigger than it needs to be just to extend the game’s run time.

Compounding matters is that you can only have two of your robot companions with you at once. Since each companion has unique abilities, you’ll often encounter areas you can’t access without a particular companion. That means when you come to a section that requires a robot that’s not in your party, you have to backtrack to a waypoint to swap it in, then run back to the area. Since the developers could have let you switch robots freely, it winds up feeling like a waste of time. 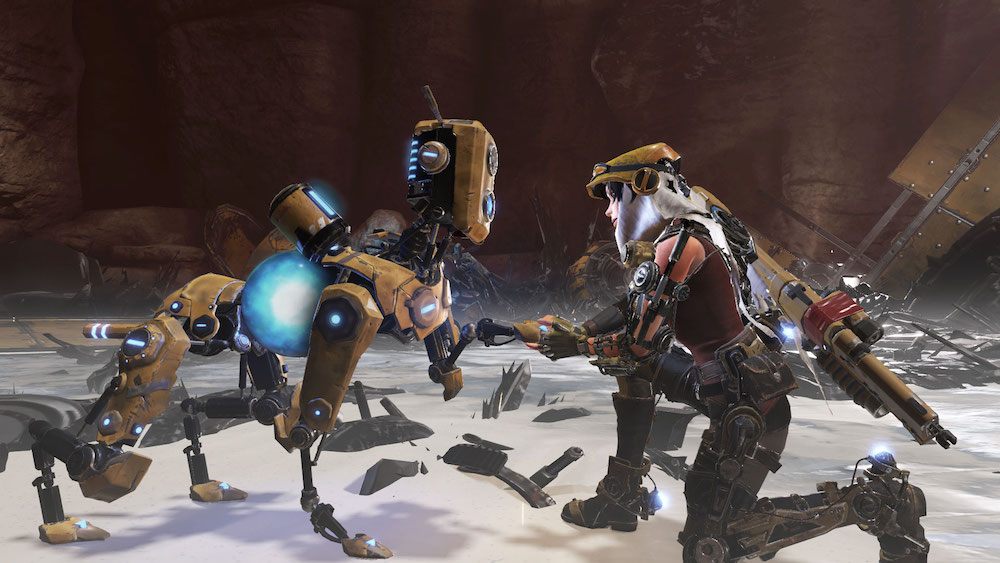 The game also feels repetitive because most missions boil down to the same formula: Go somewhere, gather items, and come back. Whether you’re collecting cores to open doors or robot parts to increase your abilities, the missions have a sameness that gets old after a while. Couldn’t we mix it up a little?

Worse yet is the game’s ending, which makes you collect way more cores than you’ve probably collected to that point. It’s like the game just stops and holds the true ending hostage until you grind through enough dungeons and gather enough cores to unlock it. It’s a major pacing problem, and it’s baffling that the designers left it in the finished game.

3. Combat becomes a pain later in the game

Overall, combat is one of the game’s high points. It’s fast and enjoyable, with a satisfying color-switching mechanic that you can use to increase the damage you deal to various enemies. Unfortunately, by the end of the game, enemies of various colors start swarming around you, and combat begins to feel more like a grind rather than a joy. It’s especially infuriating when enemies wallop you with effects that slow you down or stun you, only to hit you with them again the moment you regain your original speed.

4. Atrocious load times on Xbox One 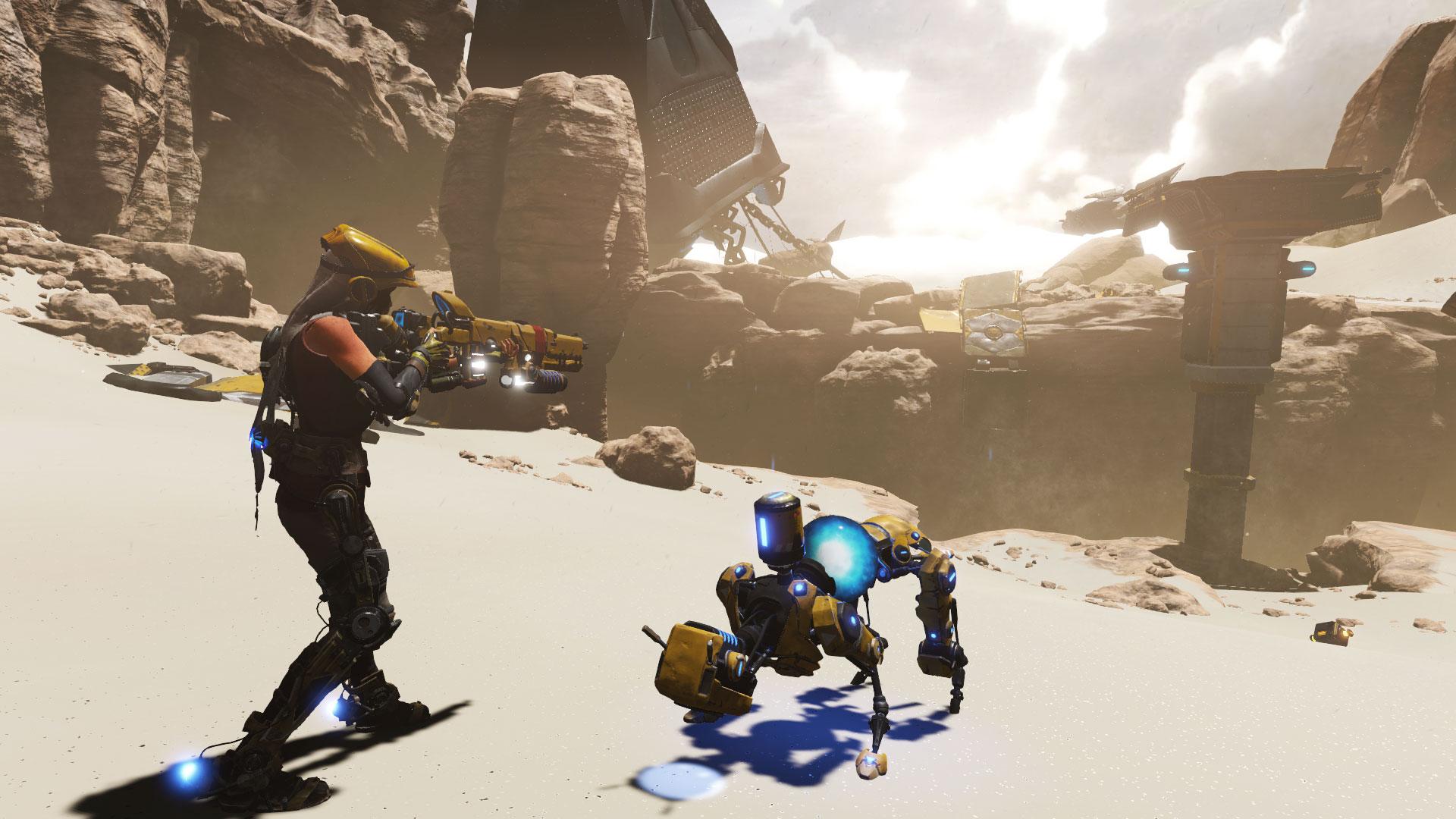 Whenever you make your way to a new area — which happens often — brace yourself for an unreasonable load time. You’ll be sitting there, staring at a loading screen for minutes at a time. This won’t affect anyone playing ReCore on a powerful PC rig, but Xbox One owners should have some distraction handy to keep themselves occupied while waiting through excruciating loading screens.

This may be fixed with updates over time, but right now ReCore is riddled with bugs. The game crashes way too often. The frame rate occasionally slows to a crawl. Don’t be surprise when your character, Joule, falls through the world as you play, making you have to load your last save.

Most ambitious games these days launch with a few bugs, but this game isn’t all that ambitious, and the bugs are plentiful.

6. Your robotic companions have dumb names 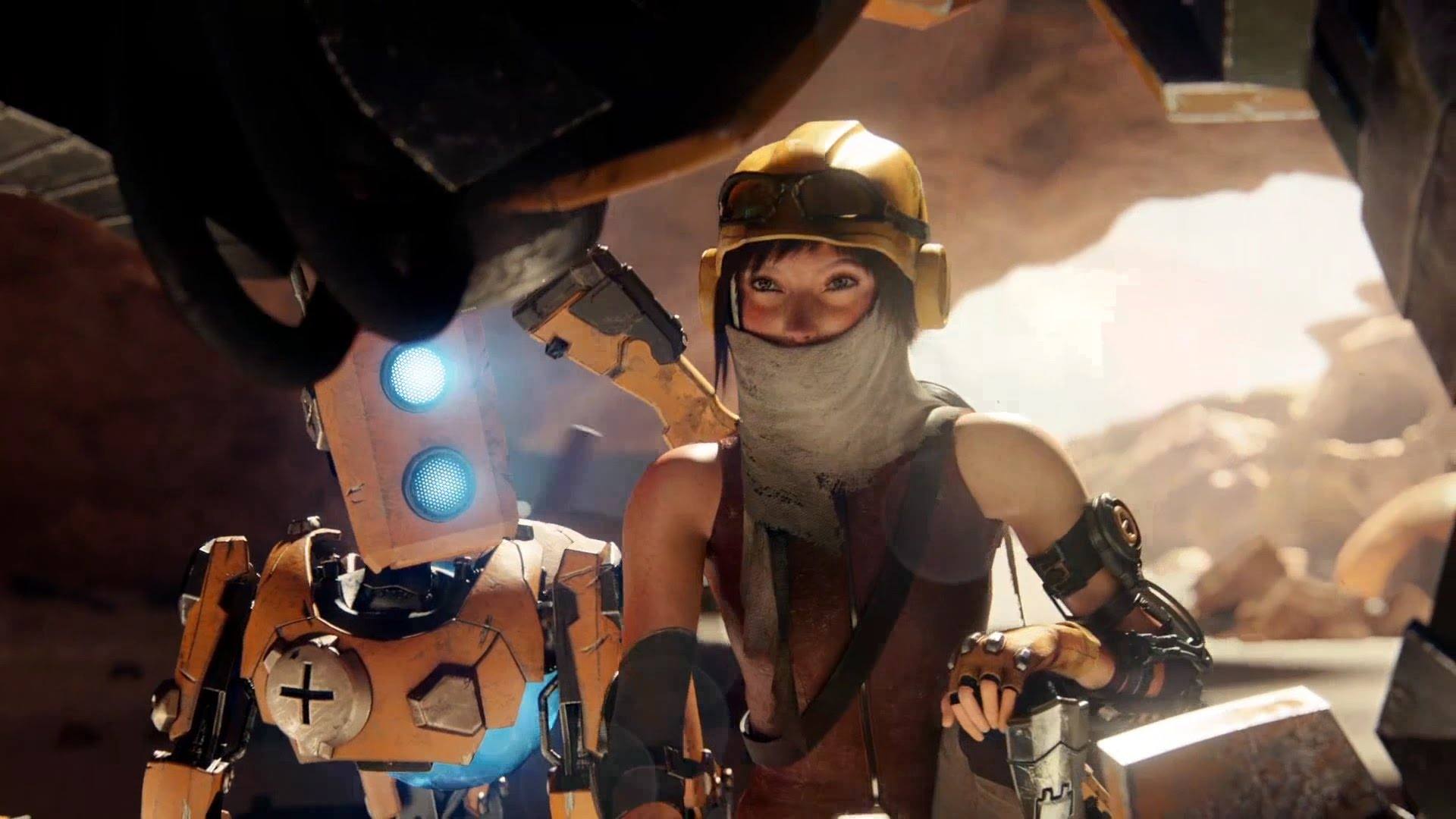 Sure, it’s a minor issue, but your robot companions have stupid human names like Seth and Duncan. Shouldn’t they have pet names, since they act like pets? How about Rex or Socks? Or, if the developers are feeling fancy, they could give them awesome names fit for robots, like Deathinator 3000. Not Seth. Anything but Seth.

ReCore has some interesting ideas floating around in it, so it’s unfortunate that they never gel into anything that would be considered a satisfying experience. From the bugs to the padding to the load times, it seems like ReCore would have benefited from more time in development. With so many other big-name games coming out this fall, you’re probably better off saving your time and money for one of those.