6 Reasons to Play (or Not Play) ‘Deus Ex: Mankind Divided’

The future depicted in Deux Ex: Mankind Divided is not a pretty one. As the game’s subtitle suggests, there’s a great division separating humankind in the year 2029. On one side are the people who have opted for cybernetic enhancements that make them smarter, faster, or more powerful. These are known as “augs.” On the other side are regular old humans 1.0, or “naturals.”

Things were going more or less OK until the events of the previous game, Deus Ex: Human Revolution, when the Illuminati (yes, the Illuminati) turned all the augs, briefly, into kill-crazy murderers. After such an incident, it’s really no surprise that there’s some tension between the naturals and augs.

Deus Ex: Mankind Divided picks up two years after the events of Deus Ex: Human Revolution. You don’t have to have played Human Revolution to get a grasp on what’s going on in the new game, though it doesn’t hurt, of course.

If you didn’t play Human Revolution — or, just as likely, if you played it when it came out and have totally forgotten what happened — you’re in luck. Mankind Divided kicks off with a helpful 12-minute recap of the previous game to get you up to speed. 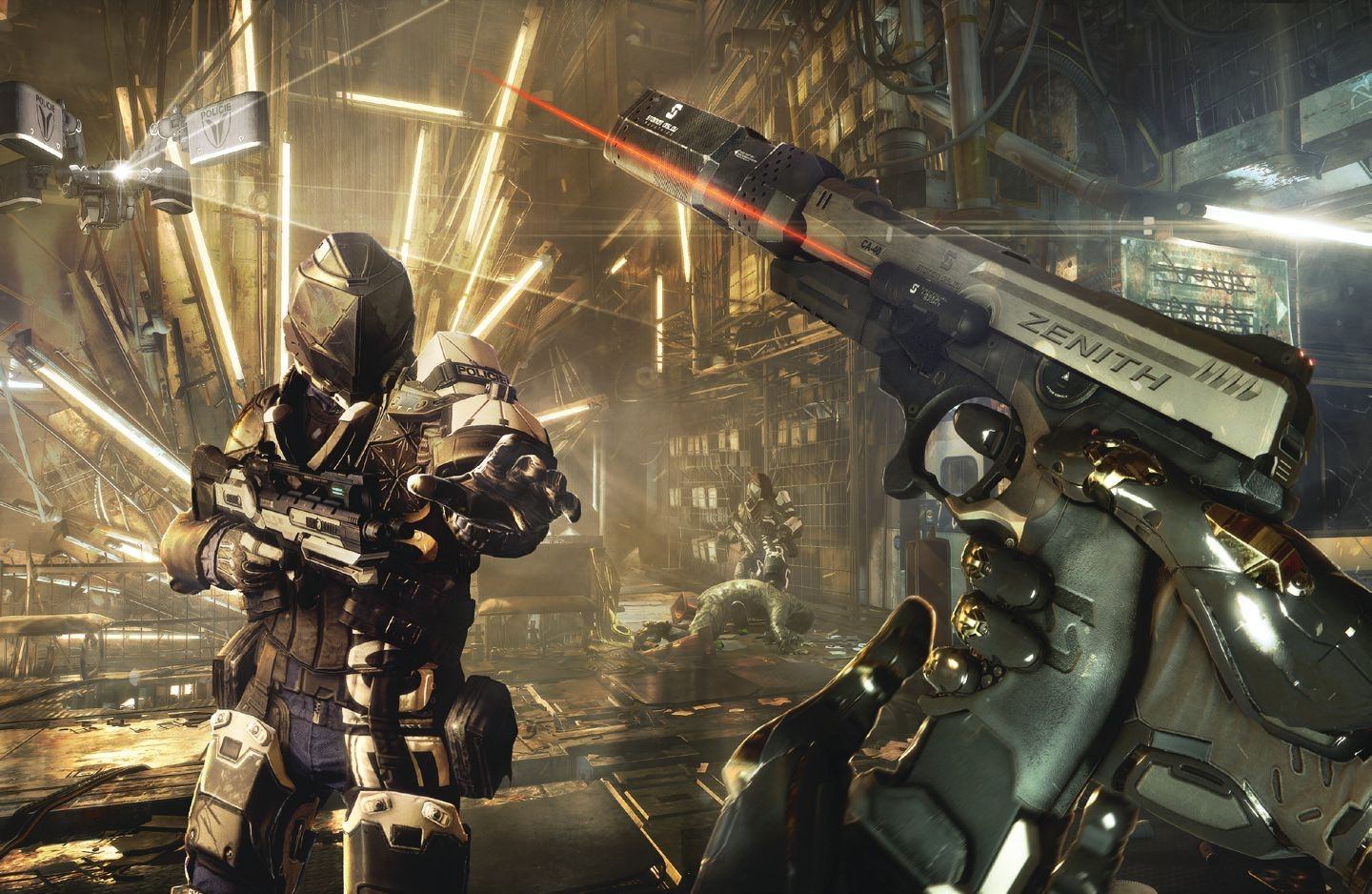 The basic gameplay of Mankind Divided mixes shooting with stealth elements, and layers a generous helping of role-playing game conventions on top. The result is a play-it-however-you-want experience that lets you address every situation in a number of different ways.

The game goes beyond that, though. It also has conversation options that let you role-play your character, Adam Jensen, to have whatever personality you want him to have. It also has branching pathways, meaning the game adjusts itself to the choices you make. There’s an “everything and the kitchen sink” vibe going on, but it works in the game’s favor most of the time. 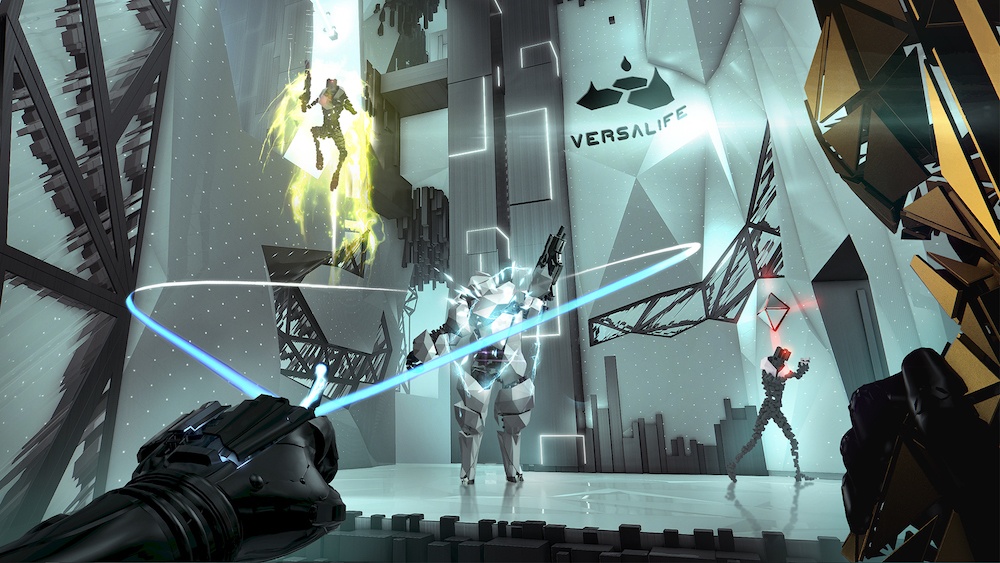 As far as upgrades and abilities go, Mankind Divided is fully stocked. It takes place in an age of cybernetic enhancements, after all, so you can pick and choose what kind of super-human feats you want your Adam Jensen to be able to achieve. Want him to dash teleport short distances? You can. Want him to be able to turn invisible? Do it. Want to ramp up his combat and defensive abilities? Have at it.

The upgrades come early and often, so before long you’re playing a character who’s so specced out that he feels downright overpowered. The enemies simply can’t keep up with all your sweet tech, even on higher difficulty levels. Depending on what kind of gamer you are, and what kind of challenge you feel up to, that could be a bad thing. 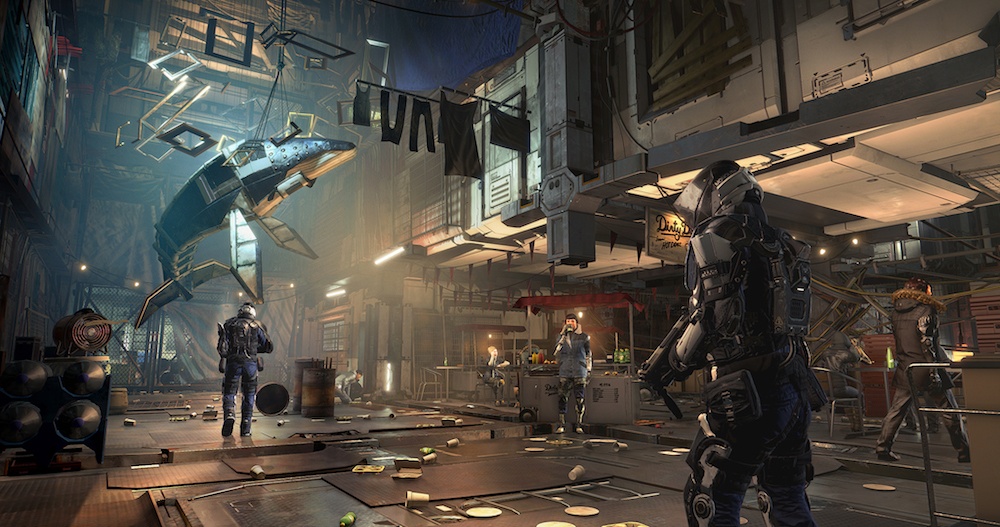 The game takes place mostly in Prague, giving it a relatively small scope that might feel disappointing if it weren’t so dense and well-designed. Secrets and side quests are tucked away everywhere in the game. All they take is a little poking around to find. The city also turns from day to night and goes through various weather conditions, making it feel like a realistically dynamic place when you come back between missions. 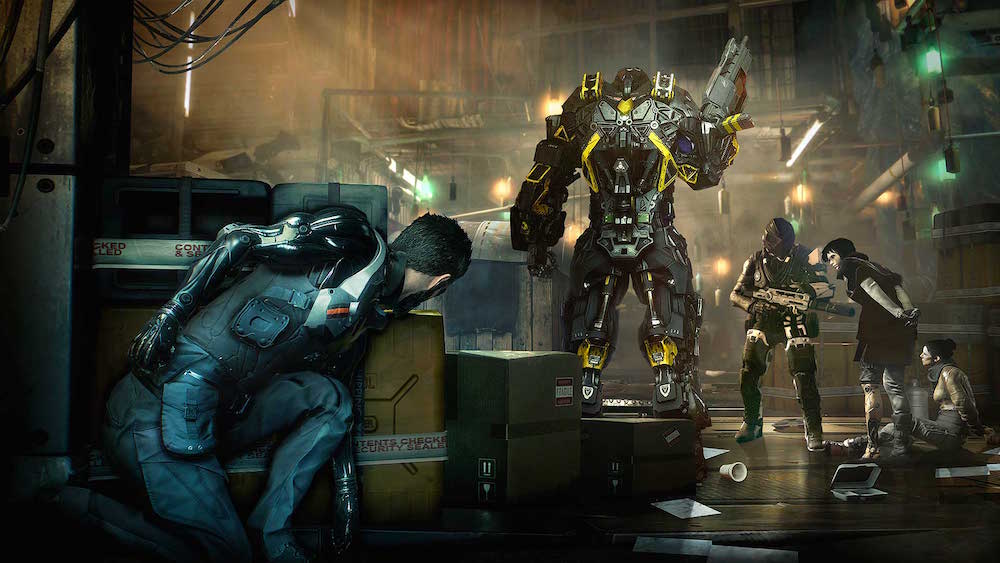 In terms of plot, the increasingly chaotic divide between the augs and the naturals drives some compelling dramatic scenes, but whenever the game ratchets up the parallels between its fiction and racial tension in the real world, it feels heavy handed. Posters in the game say “Augmented Lives Matter,” while some shops have signs saying “We Serve Naturals Only.” The racial metaphor feels forced, too obvious, and ill-advised all at the same time. 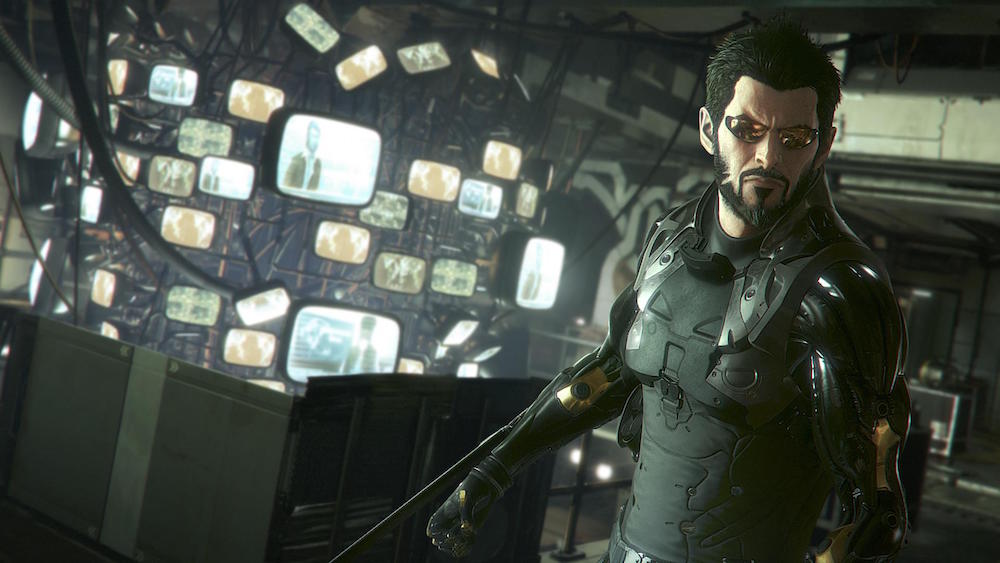 The game’s narrative sets a number of plot threads in motion, and they play out in fine form throughout most of the game. But then all of a sudden the game ends, leaving most of the resolutions either feeling forced, rushed, or unresolved. It’s disappointing, especially considering how strong the story was in the previous game.

Despite its handful of shortcomings, Deus Ex: Mankind Divided is well worth playing, whether or not you’ve played the previous games. It’s kind of a jack of all trades, what with its “play it any way you choose” mentality, but by and large it does a good job of making all of the options enjoyable. Once you’ve completed one play-through, don’t be surprised if you feel compelled to try it again, making different choices and decking yourself out with a new set of upgrades and augments. It’s a game that keeps on giving as long as you want to keep taking.