Reese Witherspoon has long since been a fixture on the big screen, but the actress is garnering a new kind of attention in recent months thanks to her starring turn in this month’s Wild. Based on Cheryl Strayed’s memoir of the same name, the film stars the Oscar winner as a 26-year-old woman who sets out on a 1,100-mile along the Pacific Crest Trail in an effort to leave behind her dark past. It’s a role unlike anything that Witherspoon has done before — and as critics are wholeheartedly agreeing, that’s a good thing.

After a string of disappointing and poorly received romantic comedies, Witherspoon has been making an obvious effort to take on more substantial roles in recent months. Wild is perhaps the most high profile of those roles, spurring continual awards season talk since its debut at the Telluride Film Festival in August. It’s easy to see why. From the trailer alone, it’s abundantly clear Witherspoon is playing against type here. Strayed is a former drug addict with a history of promiscuity — nothing like all of the nice, wholesome, put-together characters we’ve gotten used to seeing Witherspoon play.

It’s a stark change, but a welcome one — particularly following disastrous efforts like How Do You Know and This Means War – and Witherspoon is rising to the challenge. The actress is earning rave reviews for her raw, honest, and at times abrasive performance and has already inspired predictions of multiple major nominations, the most serious praise she’s received since 2005’s Walk the Line.

But Wild seems to be only the beginning of a potential McConaughey-like career renaissance for Witherspoon. Thanks to her new production company, Pacific Standard, the actress is taking it upon herself to create notable roles for herself instead of waiting for them. In addition to Wild, she has the highly anticipated Inherent Vice adaptation coming out this month, as well. Most recently, she revealed that she’s also producing and starring in a miniseries called Big Little Lies, based off the book of the same name.

With award nominations for Wild likely in her future and more buzzworthy projects on the way, it seems Witherspoon is destined to continue drawing attention in the coming months. In the meantime, here’s a look back at eight more of her past acclaimed performances. 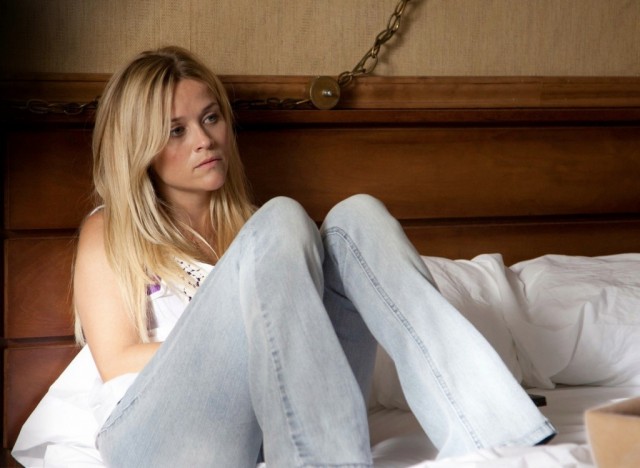 Matthew McConaughey earned most of the attention for the 2012 drama, but Mud marked a sort of return to form for Witherspoon, too. The actress’s unglamorous depiction of Juniper, the subject of Mud’s lifelong obsession, reminded both critics and moviegoers alike that she is capable of so much more than the disposable rom-coms she recently starred in. The Wall Street Journal called her depiction “slatternly perfection,” while Rolling Stone praised her for “springing lots of feisty surprises.” 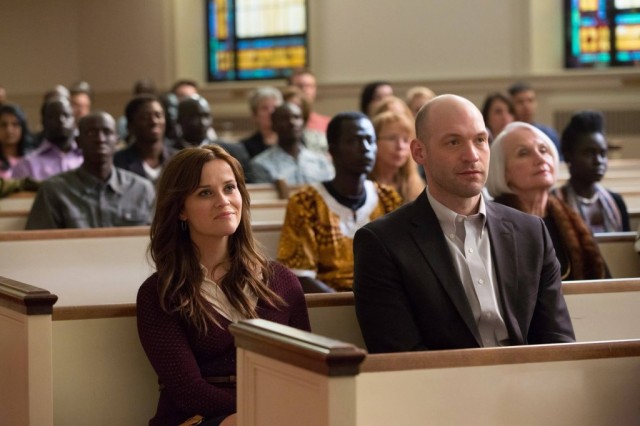 The drama flick, based on real-life events, features Witherspoon as a pushy American assigned to help four young Sudanese refugees (known as the Lost Boys of Sudan) after they are displaced to the United States. Their lives are forever changed when they meet. The movie first debuted to generally favorable reviews at this year’s 2014 Toronto International Film Festival, although some accused the film of laying too much Hollywood gloss on this true story and putting too much emphasis on Witherspoon’s role in the part, instead of the three leading men. Despite this, Witherspoon earned praise for her understated and restrained performance, which complemented the other actors but ultimately let them have the spotlight. 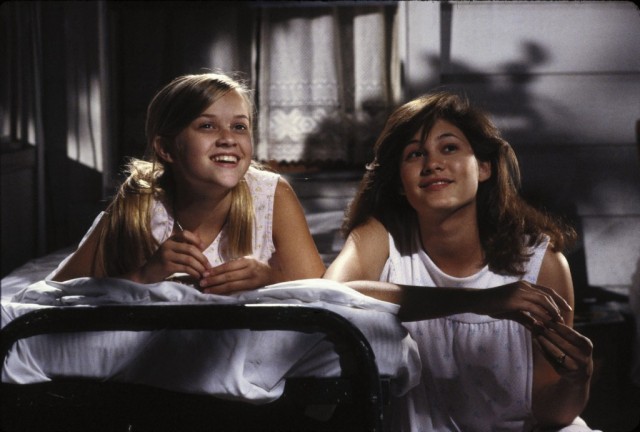 Witherspoon made her big screen debut at the age of 14 in this 1991 flick, set in 1957 rural Louisiana. The actress plays a young girl who experiences her first love when a 17-year-old boy named Court moves in next door. But her experience turns ugly when Dani’s 17-year-old sister, Maureen, also falls for Court. The two are trying to choose between love and family when a tragic event occurs and makes the decision for them. The movie received critical praise for its well-formed coming-of-age story. Witherspoon’s debut performance received overwhelmingly positive feedback for her touching and natural depiction of a girl on the brink of womanhood. 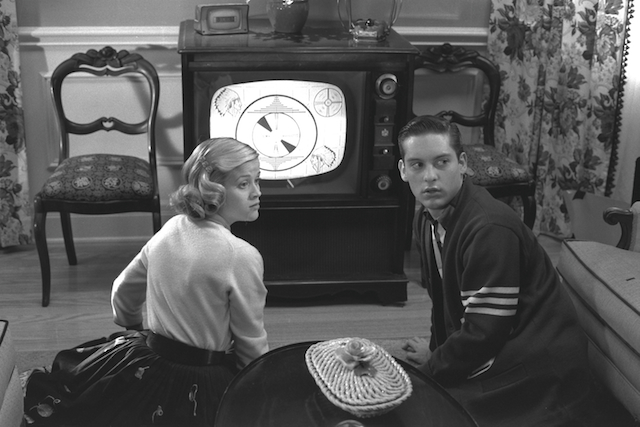 Witherspoon stars opposite Tobey Maguire in this 1998 fantasy comedy-drama, as two 1990 teenagers who find themselves transported to the world of a 1950s sitcom. Stuck in Pleasantville, the teens try to stay in character in order to not disrupt the lives of the town’s citizens. Despite their efforts, their influence begins to profoundly change the quiet, monochromatic world, turning it a much more colorful existence. The film earned praise for its provocative social commentary and stunning visuals. Meanwhile, Witherspoon also received positive reviews for bringing her character’s transformation from a popular, boy-crazy teenage girl to a studious academic to life.

In addition to cementing her Hollywood movie star status, Witherspoon’s unforgettable turn as the lovable and ditzy sorority girl-turned-law student Elle Woods once again put her formidable comedic timing on display. Though some had problems with the fluffy material, the 2001 comedy earned mostly positive reviews, and Witherspoon earned praise for managing to give her glamour girl character depth. The performance earned the actress a Golden Globe nomination. 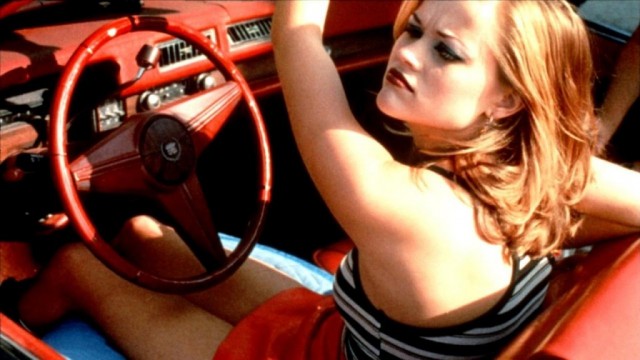 Witherspoon takes on a far less innocent role in this twisted, updated take on “Little Red Riding Hood.” The actress stars as Vanessa, a 16-year-old with a bad attitude who runs away after her parents are arrested in order to avoid foster care. She decides to look for her grandmother, eventually hitching with a man (Kiefer Sutherland) who turns out to be a serial killer. The bold dark comedy is full of violence and explicit language and didn’t perform well at the box office, but ended up receiving favorable critical reviews anyway, with Witherspoon garnering praised for making an over-the-top, rude character strangely funny and entertaining. Since its debut, the film has earned a loyal following and become a cult favorite. 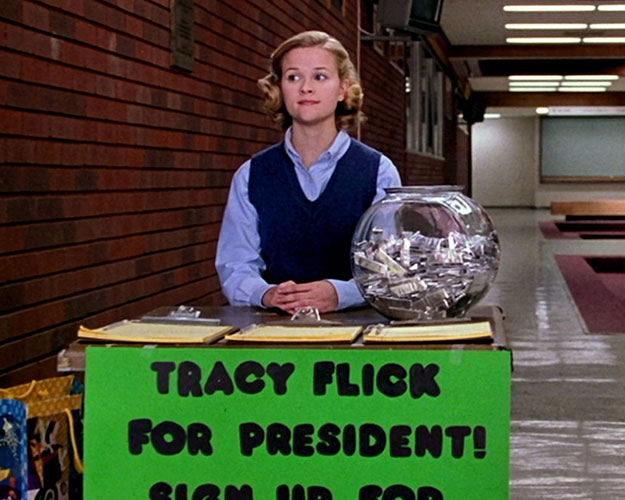 The 1999 satirical comedy remains one of Witherspoon’s most recognized and well-received roles to date, and for good reason. She portrayed overachiever Tracy Flick, a cutthroat, preppy high schooler who does anything she can to win the election for student body president. Her performance was so convincing that some critics began drawing comparisons between her character and real-life political candidates. Witherspoon earned her first Golden Globe nomination for the role, as well as one for the Independent Spirit Award.

Taking on country legend June Carter Cash is a tall order for any actor, but Witherspoon shined opposite Joaquin Phoenix’s Johnny Cash in this 2005 biographical film. The actress received rave reviews from critics, who praised her first-rate depiction of a charismatic and extremely likeable June. During awards season, Witherspoon’s performance was repeatedly recognized, earning her a BAFTA, Golden Globe, SAG award, and eventually the Oscar for Best Actress.