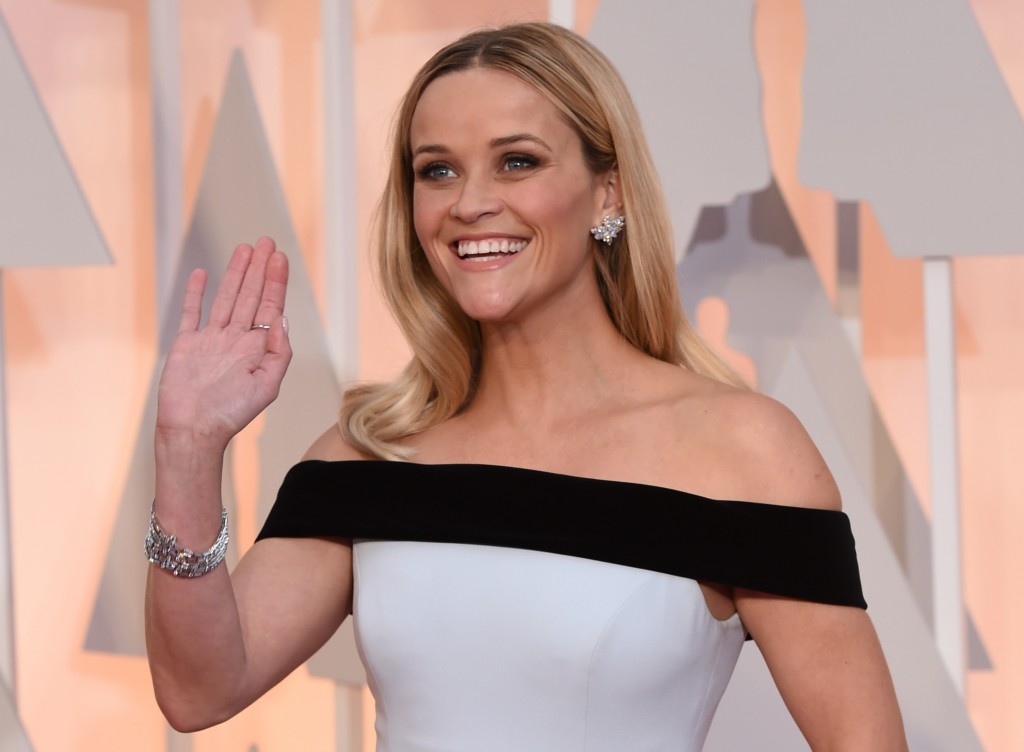 After suffering commercial and critical disappointment with her latest comedy, Hot Pursuit, Reese Witherspoon is eyeing another project with Fox Searchlight after the great success she had with the studio with last year’s Wild.

The film, Pale Blue Dot, will see her playing an astronaut who suffers from an inability to plug back in to reality after returning home from a mission in space, The Hollywood Reporter has reported. Sandra Bullock and Anne Hathaway have had critical success in recent years by playing women astronauts in Gravity and Interstellar, respectively, and Witherspoon is looking to get in on some of that acclaim with this picture.

The script is written by Brian C. Brown and Elliot DiGuiseppi, and is about a female astronaut who begins an affair with a colleague after returning to Earth. Brown and DiGuiseppi have also written the Shel Silverstein biopic Uncle Shelby, which was included on the 2014 Black List, Hollywood’s annual list of the best screenplays that were never produced. Witherspoon plans to produce Pale Blue Dot herself with her producing partner Bruna Papandrea. Overall, there’s some talented names on board for this project.

Pale Blue Dot will be loosely based on the famous case of Lisa Nowak, who was arrested in 2007 after attempting to kidnap and possibly murder the new girlfriend of her former lover, a colleague with whom she had an affair while she was married. All members involved in the incident were astronauts, making it more controversial and leading to the scandal gaining international attention.

Nowak began having an affair with her colleague William Oefelein shortly after he got divorced, but while she was still married. After he broke off their relationship and began dating someone else, she became jealous and this eventually culminated in a bungled kidnapping attempt at the Orlando airport.

Her arrest gained so much attention that the story became a plotline on an episode of Law & Order: Criminal Intent and was cited in a Ben Folds song. Nowak took a plea deal with prosecutors and was discharged from the Navy.

Having a difficult time readjusting to normal life is a common condition for astronauts who return from long trips into space, spurred by the realization of how tiny our planet is and how insignificant human existence seems when considering the overall universe.

Witherspoon’s character begins to lose her connection to her family when she begins an affair with another astronaut, and her downward spiral goes out of control when the man she’s having an affair with breaks things off and begins seeing an astronaut trainee.

The Hollywood Reporter said the movie will be similar in tone to Foxcatcher and the 1983 astronaut drama The Right Stuff. Fox Searchlight isn’t beating around the bush when it comes to wanting this at the center of awards season.

Bullock was nominated for an Oscar for her performance as a woman astronaut stranded in space in Gravity, and Hathaway received good reviews for stretching her comfort zone as a highly intelligent but socially awkward female astronaut opposite Matthew McConaughey in Interstellar.

Witherspoon was nominated for both an Academy Award and a Golden Globe, among others, for her performance in last year’s Wild. She won both of those awards in the past for her take on country singer and wife of Johnny Cash, June Carter, in Walk the Line, but this movie could bring her back to the forefront of awards season.