8 References Only Gamers Will Get

The video game industry has contributed much to pop culture during the years it’s been around. According to one survey taken in the 1990s, Mario was more recognizable than Mickey Mouse to American kids. As of 2016, gaming is widely considered to be a $100 billion industry, which means plenty of people are buying and playing games. Even so, only the most massive video games break through and become widely known outside of gamer circles. And with so many games coming and going each year, there’s a lot non-gamers miss. Take these gaming references, for instance.

Unless you’re a dedicated gamer, or at least have dabbled in video games at some point in your life, there’s a good chance you’re unfamiliar with the phrases below. So check them out and see how many you can identify before reading about their origins.

Japanese developers are responsible for many of the best games ever created. So when the games go international, they have to be translated. Nowadays, lots of money and effort is put into localizing major video games for international markets, but that wasn’t always the case. Translation wasn’t a top priority for some game developers, which led to some hilarious mistranslations in any number of classic games.

One of the most famous examples comes from the 1986 NES game Pro Wrestling. When you win a match, your character raises his arms in triumph and the phrase “A WINNER IS YOU” appears on the screen. Clearly the developers failed to run the translation by a native English speaker — and the world is a more charming place because of it.

A barrel roll is an aerial maneuver fighter pilots use to gain an advantage on their enemies. The phrase came to popularity in the gaming community with the 1997 game Star Fox 64 on the Nintendo 64. In it, the pilot Peppy Hare chimes in to give you advice when you have enemies on your six: “Do a barrel roll!” Ironically, the maneuver you do in Star Fox 64 isn’t technically a barrel roll, but that’s a lesson for another time.

This phrase became even more popular once Google turned it into a search engine Easter egg. If you haven’t tried it yet, type it into the Google search bar to see what happens.

If someone says “the cake is a lie,” they’re making a reference to the delightful puzzle game Portal. In it, you play as a character guided by an AI known as GLaDOS as you complete puzzles in the Aperture Science Enrichment Center. GLaDOS promises you’ll get cake when you complete all of the puzzle rooms.

As you solve the puzzles, you’ll notice the phrase “the cake is a lie” scrawled on the walls in certain levels of the game, apparently left by a previous subject (whose adventures you can read about in the Portal comic). Is the cake a lie? You’ll have to play the game to find out.

4. What is a man? A miserable little pile of secrets

This gnomic proverb is spoken by Dracula himself during the intro to the 1997 PlayStation classic Castlevania: Symphony of the Night. It’s not quite as funny when you read it. Watch the video above to revel in the mix of bad writing and even worse acting. It comes from the early days of voice acting in games, when publishers weren’t keen on putting up real money to hire professional talent. The industry has come a long way.

This cryptic phrase is uttered by a villager in the small town Ruto in the 1988 NES game Zelda II: The Adventure of Link. That’s all he’ll say upon your first encounter. It’s kind of eerie. Later, you go to another town, where someone tells you to ask Error in Ruto about a palace. When you go back, Error gives you a hint about how to enter the palace.

Though the phrase seems like it must be a translation mistake, it’s not. Apparently the character’s name is accurately translated as Error from the Japanese version. Who would’ve thought?

If you’ve ever seen this fun-to-say phrase around, you may have wondered where it came from. That is, unless you’ve played the 1995 Super Nintendo classic Super Mario World 2: Yoshi’s Island. The curious phrase is actually the name of one of the levels in the game.

Play the level, and the meaning of the phrase becomes clear. As you guide Yoshi through the crayon-colored world, fuzzy balls drift through the air. If you touch one, the ground begins to undulate beneath you as though you’re drunk or dizzy. Touch fuzzy get dizzy, indeed.

If you visited an arcade during the 1990s, there’s a good chance you’ve played the game X-Men. It’s a four-player cooperative action game that came out in 1992 and quickly spread in popularity. Despite its less-than-stellar translation, it was a lot of fun to play with friends.

The most flagrant translation mistake happens during what should be Magneto’s big villainous speech. Instead of whatever a real mutant villain might say when confronted by a team of do-gooders, he says, “Welcome to die!” The real question is why the voice actor read the grammatical catastrophe as it was written rather than swapping it out with a more sensical ad-lib. 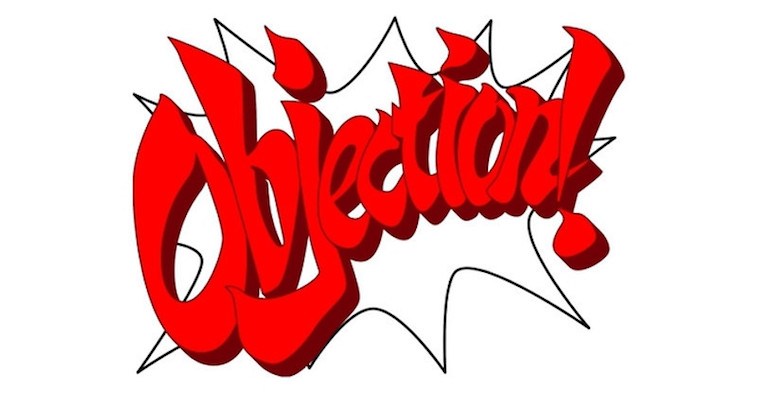 Even many gamers have let the Pheonix Wright series pass them by. That’s too bad, because the games are quite fantastic. It’s a series about an “ace attorney” who never fails to solve cases the cops can’t get right. One of the most satisfying things about the games is that he’s constantly interjecting the above phrase in the middle of the court’s proceedings.

So if you’ve ever heard someone obnoxiously yell “Objection!” in any context outside of litigation, especially with an extended arm and forefinger, they were probably referencing Phoenix Wright.