If you grew up in the ’80s and ’90s, then you were probably obsessed with Carmen Sandiego. The mysterious character was an international criminal who was always on the run from the law. Carmen Sandiego was first thrown into popular culture in 1985 with the educational computer game, Where in the World Is Carmen Sandiego? However, the game was so popular that it soon sparked an entire franchise of the red trench coat-wearing badass, and eventually, she even got her own live-action television show which aired on PBS and Fox Kids which ran from 1994 to 1999. As much fun as we had trying to find out where Carmen was while attempting to stop her various crimes, the dawn of the new millennium meant that end of an era. Carmen Sandiego was canceled after years on the air.

Now, it looks like Netflix is ready to reboot the childhood classic for a new generation and the fans who loved her twenty years ago. Here’s everything we know about the Carmen Sandiego reboot.

WHEN in the world is Carmen Sandiego coming to Netflix? *hacks database* January 18! Who’s ready to go on an adventure with @HereIsGina and @FinnSkata? #NetflixNewsWeek pic.twitter.com/d4UC2kb5vZ

The new animated series will premiere January 19, 2019, on Netflix.

The fashion-forward supervillain will be heading to Netflix at the top of 2019 in an all-new animated series, Carmen Sandiego. The series will have a 20-episode first season (which is quite a lot if you ask us) and each episode will all be 22-minutes long. Carman will be voiced by Jane the Virgin actress and Golden Globe winner Gina Rodriguez. The series will give us glimpses into Carmen’s current heists as she travels the world. For the first time ever, we will also get glimpses into her mysterious past and the path that she took to become the world’s most renowned thief. 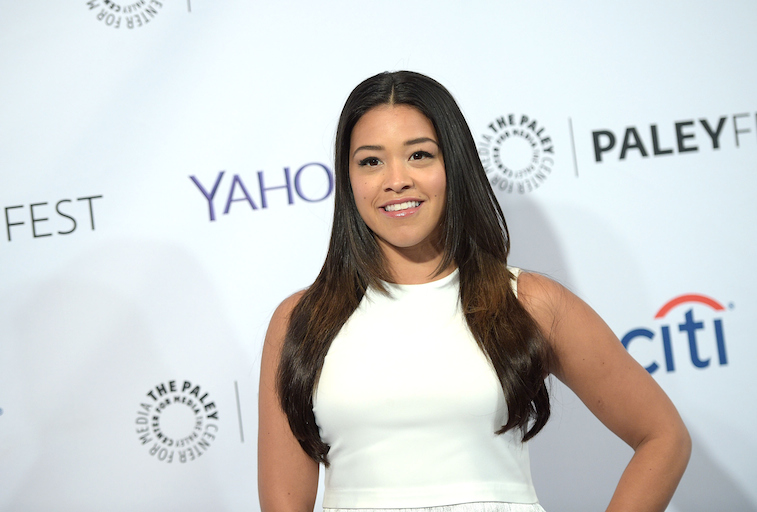 If you’ve been waiting to see the live-action version of Carmen Sandiego on the big screen, don’t fret. Rodriguez will also be donning the red fedora in real life when she steps into Carmon’s heels for the live action film which is also set to drop on Netflix. We’re not quite sure when the live-action movie will premiere, but we’re going to assume that we’ll also see it at some point in 2019.

It’s very rare that an animated TV show and a feature-length film to have this much continuity between them, so we’re super excited to see what Netflix cooks up and if Carmen is iconic as we remembered her.