Review: With ‘Blackstar,’ David Bowie Leaves Us on a High Note 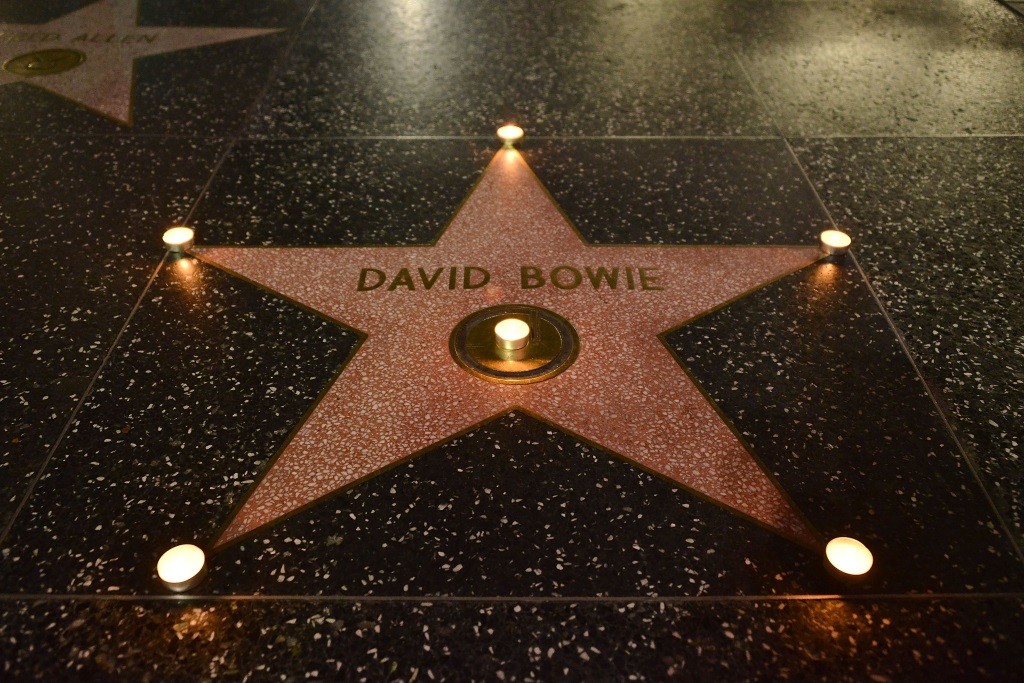 David Bowie has left us with an album simultaneously unlike any of his other albums and exactly like his other albums, in its refusal to be categorized or to look backward.

His previous release The Next Day felt like a straightforward celebration of Bowie’s gifts as a pop craftsman, a collection of pop-rock songs that demonstrated his songwriting prowess without ever trying to reinvent the wheel. It would have been a worthy final album. But his true final album is Blackstar, which is more than just worthy. It’s a satisfying representative of his whole career.

Blackstar can now be seen as the final innovation in a career made up of innovations, albums that forsake what came before and created something new. As the details around Bowie’s unexpected death from cancer continue to emerge, it becomes increasingly tempting to search Blackstar for themes of mortality. Indeed, Bowie seemed to invite such analysis with his final music video for “Lazarus,” released four days before his death and featuring lyrics like “Look up here, I’m in heaven.” The video shows Bowie lying in a hospital bed, his face gaunt and partially obscured for much of the time by a veil of gauze with googly eyes atop it. The album’s producer Tony Visconti confirmed these suspicions, saying Bowie meant the album to serve as his “parting gift.”

Aware of his own limited time, Bowie again declined to look backward or become bogged down with rote sentimentality. Blackstar is perhaps Bowie’s most pronounced departure from the pop song craft.

Musically, the album is a work of jazztronica and controlled chaos wherein synthesizers, bass guitar, unsettling reverberations, saxophones, and industrial drums compete with one another for dominance only to be reined in by Bowie’s iconic vocals, which are often as layered and free-flowing as any other element of these stellar tracks. Thanks to his voice, melody permeates each track, almost as if by accident, providing an entry point to even the most inaccessible of these sprawling tracks.

Reportedly drawing influence from audacious modern hip-hop acts like Death Grips and Kendrick Lamar, Bowie uses similar instrumentation to cultivate long soundscapes that eschew standard moods to create loveliness amid musical conflict. As he did with his Berlin trilogy, one gets the feeling Bowie is paying tribute to diverse influences of forward-looking art by blending his latest influences into something still so unique and so distinctly Bowie. The songs evoke imagery of noir films, industrial cityscapes, surreal post-apocalyptic lands, and Arabian deserts. They conjure feelings of nostalgia, fear, tragedy, acceptance, and transcendence.

At times, the complex, barely controlled chaos of songs like “‘Tis a Pity She’s a Whore” and “Blackstar” makes it sound as though Bowie is already speaking to us from beyond the grave, chanting prophecies, surrounded by the otherworldly din of a potentially hostile afterlife. The final three tracks are the most delicate of the album, with “Dollar Days” being the most nostalgic of the bunch, featuring a lovely acoustic reverie that pays more direct homage to some of his early work without ever being too on-the-nose, especially as the song swells dramatically like a film score before his voice joins the weeping guitar and orchestras as if becoming one with a heavenly chorus.

“Dollar Days,” however, is far more on-the-nose when it comes to Bowie’s impending mortality, including lyrics like “I’m dying to,” “Don’t believe for just one second I’m forgetting you,” and “If I’ll never see the English evergreens I’m running to, it’s nothing to me.” Elsewhere, on “Girl Loves Me,” he sings “Where the fuck did Monday go?” foreshadowing his death on a Sunday — a coincidence, undoubtedly, but one that makes his loss sting even worse than it already does.

The easy way to end a career is to look toward the past, but Bowie left us with a final effort for innovation in pop music. It doesn’t repeat the past so much as it offers a blueprint for the future, featuring a dying pop pioneer once again creating a singular masterwork that might easily inspire musicians for decades to come. Bowie’s greatest power as a musician and as an artist was in his ability to evolve. It’s painful to realize he’ll never be able to evolve once more, but he managed to leave us with one final reminder of his pioneering greatness in Blackstar.