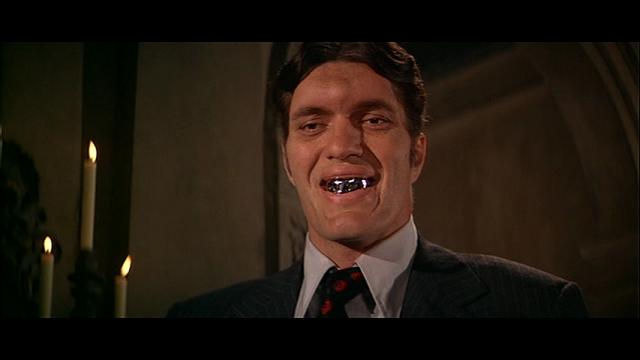 Richard Kiel, whose immense stature landed him his most iconic role as Jaws in the James Bond films The Spy Who Loved Me and Moonraker, has passed away. He was 74 years old. Though he gained notoriety through the Bond franchise as the detested-turned-lovable metal-toothed villain, Kiel actually enjoyed a successful career well beyond his non-verbal Jaws role.

At 7-foot-2, it was hard for Kiel not to command attention on screen. Outside of his role as Jaws, Kiel was notably memorable alongside Adam Sandler in Happy Gilmore. More recently, he voiced the character Vlad in Disney’s rendition of Rapunzel, Tangled. Over his nearly 60-year career, Kiel took charge of the screen in whatever feature he found himself in and became one of the most recognizable character actors in Hollywood. Here are a few of his notable appearances. 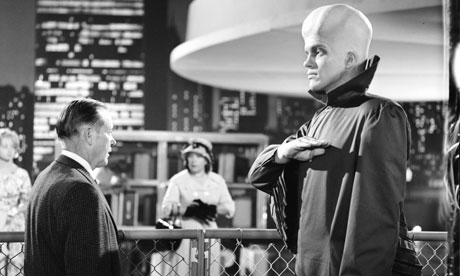 In this infamous episode of The Twilight Zone, Kiel played the spokesman for the Kanamit aliens who lands on Earth and tells the United Nations that the purpose of the alien race is only to help humanity in any way the 9-foot-tall beings (his height was exaggerated a bit) can. He accidentally leaves behind a book written in the Kanamit tongue at the UN, which it’s discovered through decoding is called To Serve Man.

And serve man the aliens do, in more ways than one. After solving all of humanity’s biggest problems, from hunger to the need for energy, humans start volunteering to take trips back to the Kanamit planet. Of course, in classic Twilight Zone fashion, by the end of the episode the woman who originally decoded the text figures out that the book To Serve Man is also a cookbook and that the aliens are eating the people they take back to their home planet. 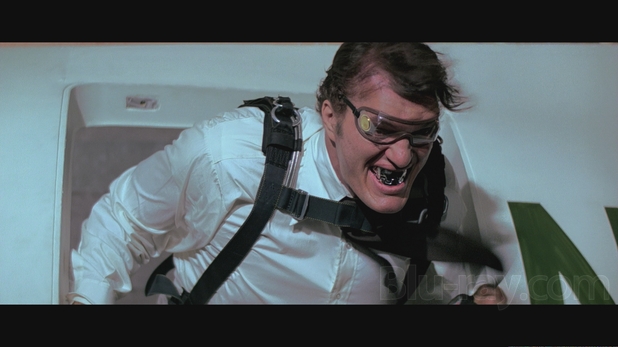 Kiel’s best-known role is that of the most likeable villain in Bond franchise history. Kiel actually often out-charmed Roger Moore in their scenes together by refusing to play Jaws as a straightforward villain. The result was a character “more like the Coyote to Moore’s Roadrunner” than “Lex Luthor to Moore’s Superman,” said The Washington Post in its obituary. Kiel believed that Jaws needed more human characteristics than other Bond villains because of those metal teeth, and so he pushed for Jaws to have confrontations with Bond that not only gave reason for Jaws’ grudge but also provided some of the most humorous moments in the franchise. Jaws proved to be such a popular character in The Spy Who Loved Me that he was brought back for Moonraker. 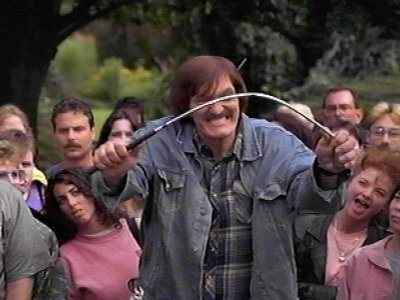 In Adam Sandler’s golf movie, Kiel plays golf prodigy Happy Gilmore’s former boss, who must threaten Gilmore’s golf enemy Shooter McGavin after Shooter first cheats to regain his lead in the final golf tournament and then employs one of Gilmore’s crazed fans to hit Gilmore with a Volkswagen Beetle.

Happy refuses to forfeit the tournament, even after all that, and the giant Mr. Larson comes in to give Shooter a little taste of his own medicine. When Happy ends up winning the tournament and the Golden Jacket, Shooter is so upset that he tries to steal the jacket from Happy. Big mistake, as Mr. Larson beats him up for it, along with an angry mob of Happy’s fans. 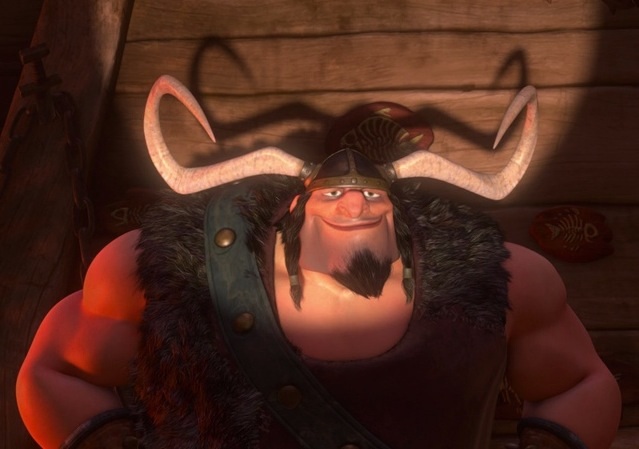 Vlad is one of the Pub Thugs that Rapunzel and her prince, Flynn, encounter at the bar the Snuggly Duckling in Disney’s recent retelling of the Rapunzel story. Like Kiel and many of the characters he’s played, Vlad is large and menacing looking but not so scary once you get to know him. In fact, Vlad even reveals to Rapunzel that he has a secret passion for collecting ceramic unicorns. Vlad later helps Flynn escape from jail when he’s wrongfully arrested, freeing him to go rescue Rapunzel.