‘Rick and Morty’: The Great News Fans Just Got About Season 3

Over its two seasons on Adult Swim, Rick and Morty has quickly outgrown its cult following and become a full-blown hit. Dan Harmon and Justin Roiland’s delightfully twisted blend of off-kilter humor and surprisingly profound concepts have made for one of TV’s best animated shows. That said, the wait for the Season 3 premiere has been interminable for fans. The initial estimate, given to us in the Season 2 finale by bit character Mr. Poopy Butthole, predicted the arrival of new episodes “in like, a year and a half … or longer.” That would put the first episode of Season 3 around April of 2017, although more recent news points to a premiere date far closer than that. 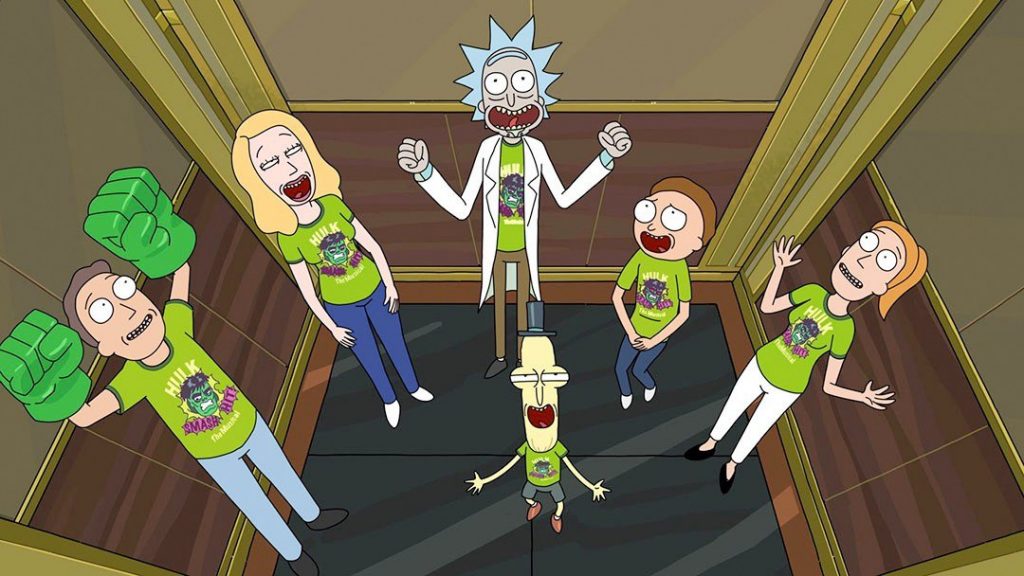 Speaking at a panel, Rick and Morty co-creator Dan Harmon had some potentially good news for fans. “I think Season 3 … we’re targeting around the end of this year,” he teased, going on to reveal that the new season would total 14 episodes.

Now keep in mind, Harmon has never been one that’s allowed himself to be constrained by hard deadlines, so take that promise with a grain of salt. But even if he’s off by say, two months, that still puts us miles ahead of the original April 2017 (or longer) estimate. We could very well be watching new episodes of Rick and Morty within a month’s time, and even the possibility of that actually being true is worth our excitement. And providing more hope for a late-2016 premiere, Rick and Morty writer Erica Rosbe claims “we ended four weeks ago,” and that they’re just waiting on in-house screenings from their Canadian animation studio.

[Update, 1/26/2017:] In a series of tweets, ‘Rick and Morty’ co-creator Dan Harmon shed some light on the rumors that he and Justin Roiland have been “fighting,” and explained why Season 3 was taking so long to complete:

I tell you, as a self destructively honest guy, Justin and I have literally never fought. Season 3 isn’t late because of “fighting.”In fact, ironically, maybe THAT’s the delay-cause. We respect and terrify each other and always want the other to be happy.

2. The process for writing Season 3 and why it’s taken so long 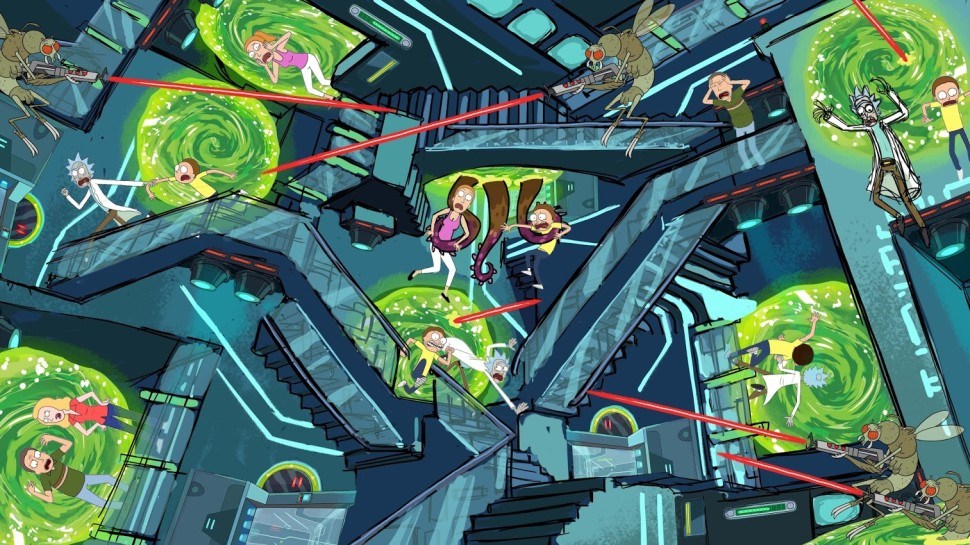 Rick and Morty doesn’t function like your typical TV series. Most shows operate on a strict timeline, that has a network requiring X amount of episodes turned in annually, so that each new season can air at or around the same day every year. It’s a production schedule that’s the antithesis of Justin Roiland and Dan Harmon’s creative process, making Adult Swim the perfect home for Rick and Morty.

Rosbe and fellow writer Sarah Carbiener went in-depth about the show’s creation behind the scenes on the Chicks Who Script podcast, shedding light on a lengthy process from concept to execution. In it, they laid out how “there’s rewriting every step of the process to just make the story as good as possible,” all coming after a long process that involves 11 total writers in a room hashing out plot device after plot device. It’s the sort of thing that can’t be constrained by the typical production schedule of network TV, as the Rick and Morty writing team constantly tries to “fit 20 pounds of story in a five pound bag.”

We don’t have anything in the way of a trailer for Season 3, but San Diego Comic-Con saw the release of a brief run of unfinished footage. Checking in around 90 seconds, it shows Rick as a pickle(?), trying to fend off a horde of murderous rats. After coopting one of the rat’s arms and legs, he proceeds to violently tear through the swarm. It’s about as gruesome and nonsensical as you’d expect a rough-draft, out-of-context clip from the show to be, but teases at some truly strange stories to come for Rick and Morty.

Beyond that, we’ve seen the series animate one of the craziest real-life court cases of the year, using Rick Sanchez and Morty Smith as the defendant and judge respectively. 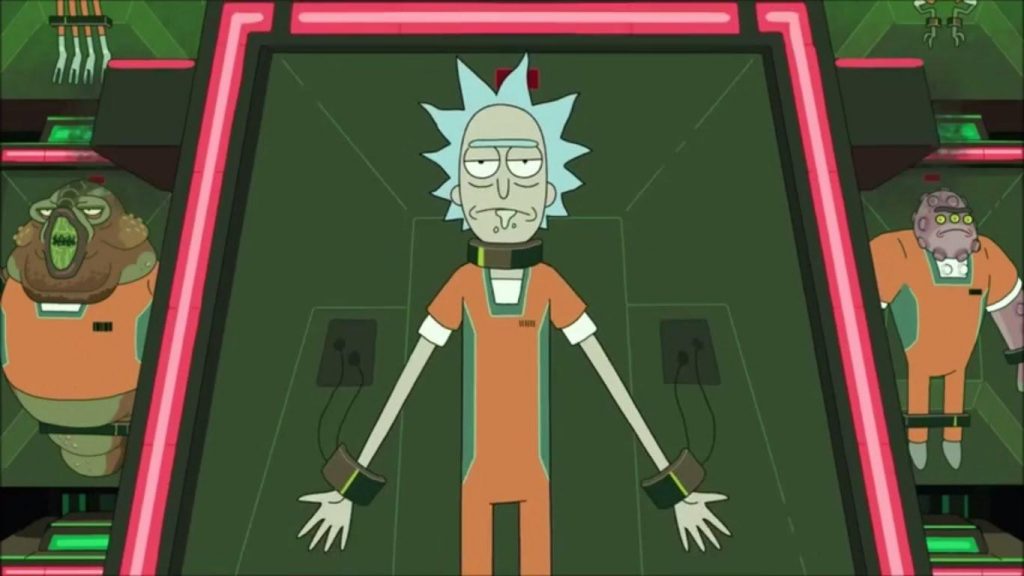 Rick Sanchez at the end of Season 2 | Adult Swim

When we last left Rick Sanchez, he was turning himself into the intergalactic authorities for a litany of crimes, allowing his family to return home to Earth after spending time on the run with him. This culminated in a heartbreaking sequence set to Johnny Cash’s rendition of “Hurt,” where Rick is processed and imprisoned. That, of course, raised a fair amount of questions as to how (or if) he’d escape in Season 3.

Thankfully, Harmon opted not to leave us in suspense, telling Den of Geek how he doesn’t “think anybody wants to do a third season that simply spends a whole bunch of episodes dealing with a situation that we created at the end of the second season.” So will Rick get out of prison soon? The short answer: “Things should be okay pretty quickly.”