If you enjoyed the first season of the CBS show Celebrity Big Brother in 2018, then you probably know Season 2 of the show starts Jan. 21, 2019. Joey Lawrence, Kato Kaelin, Anthony Scaramucci, Natalie Eva Marie, and Olympians Lolo Jones and Ryan Lochte are all part of the cast. So is Ricky Williams. If that name rings a bell, but you can’t quite place him, then you’re in the right place. Let’s look at Ricky Williams’ background and how much he’ll make if he wins it all on Celebrity Big Brother.

Who is Ricky Williams? 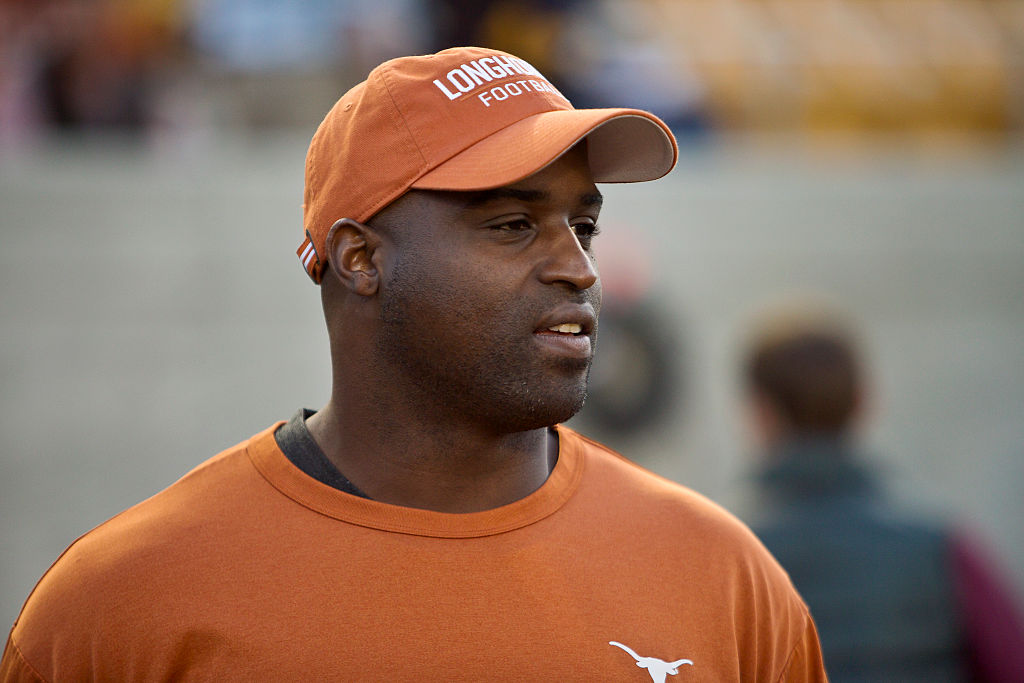 Ricky Williams won the Heisman Trophy at Texas before playing in the NFL. | Brian Bahr/Getty Images

Celebrity Big Brother won’t be the first time Ricky Williams appears on CBS. As a longtime NFL player, announcers on the network called out his name for years.

Before entering the NFL, Williams was a Heisman Trophy-winning running back at the University of Texas. He is still one of only five players in NCAA history with more than 70 rushing touchdowns in his career.

Williams was a cannabis advocate when he played, and he missed the entire 2006 NFL season because of a suspension. Not much changed when he retired. When he playing days ended, Williams joined the ranks of sports stars pushing for medical marijuana in professional leagues.

His NFL career wasn’t as bad as you might think

Mike Ditka and the New Orleans Saints traded away eight draft picks for the chance to select Ricky Williams in the 1999 draft, and it remains one of the worst NFL trades ever. Even though the Saints finished in last place that season and fired Ditka because of it, Williams’ career wasn’t as bad as you might think.

He’s one of only 31 running backs in NFL history to pile up more than 10,000 career rushing yards. He’s also top 50 all-time with 66 rushing touchdowns. After a forgettable rookie season in New Orleans, he racked up four consecutive 1,000-yard seasons, which included 1,853 yards and 16 touchdowns in an All-Pro season with the Miami Dolphins in 2002.

He has two acting credits to his name

Campaigning for medical marijuana in sports isn’t the only thing keeping Ricky Williams busy since his playing days ended. He also has two acting credits to his name. He played himself on the TV show Disjointed in 2018, and he shared the screen with Matt Damon and Greg Kinnear in the 2003 movie Stuck on You.

Williams was a studio host for Texas Gameday two times in 2018, and Celebrity Big Brother isn’t his only reality TV appearance. He was a contestant on The Apprentice in 2017 and also showed up in a 2018 Hell’s Kitchen episode.

He’ll make a fortune if he wins Celebrity Big Brother

Ricky Williams isn’t doing Celebrity Big Brother because he’s bored; there’s also a nice payday for appearing on the show. If it’s anything like the first season, the celebrities get paid $200,000 just for walking in the door, and it’s likely Williams and his housemates received a similar amount. The winner reportedly gets $500,000 for winning the game, which is a nice prize whether or not you’re a former NFL standout.