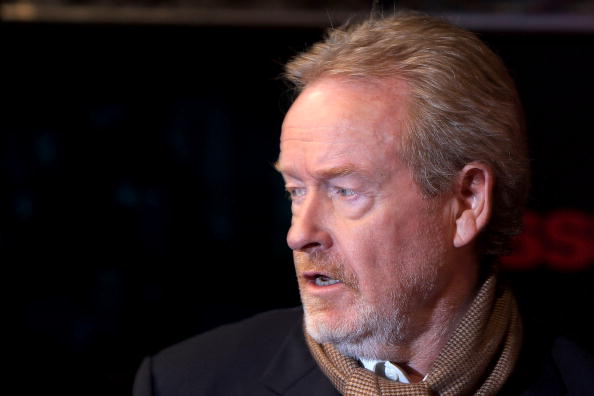 Renowned director Ridley Scott will soon be heading to space again and this time he’ll try to take Matt Damon with him. According to The Hollywood Reporter, Scott is currently in negotiations to bring Damon onboard for The Martian, a new Twentieth Century Fox film project about an astronaut who is inadvertently stranded on the red planet.

Although Scott and the studio are still in early talks with Damon and nothing has been confirmed yet, Entertainment Weekly noted that one of The Martian’s producers — Simon Kinberg — could help attract Damon to the project. Damon previously worked with Kinberg when he was a producer for Elysium and the two have a “solid relationship,” according to Entertainment Weekly.

Although the filmmaker behind iconic science fiction films such as Alien and Blade Runner would seem like a natural first choice for an outer space adventure movie, Scott was actually not the first director attached to the project. Scott only recently took over directing duties for the project from Drew Goddard, the director of 2012’s The Cabin in the Woods. According to The Hollywood Reporter, Goddard had to leave the project due to his commitment to directing The Sinister Six, an upcoming Spider-Man franchise spinoff. However, before he jumped ship, Goddard penned a script for The Martian.

The Martian script is based on a book of the same name by Andy Weir. As noted by The Wall Street Journal, Weir offered his book for free via his own website before he began selling it on Amazon (NASDAQ:AMZN) for 99 cents in response to fans’ requests for an e-book version. The e-book version of The Martian soon became a sleeper hit and sold 35,000 copies within three months. Thanks to the success of his e-book sales, Weir was able to sell the book to print publisher Crown last year, while Twentieth Century Fox secured the film rights.

As noted by The Wall Street Journal, Weir’s literary agent described the story of The Martian “as Apollo 13 meets Castaway.” Weir — a self-described “proper nerd” — meticulously researched the scientific aspects of the story, including the chemical processes that the protagonist must use to create water and the orbital path that the NASA spacecraft must travel to rescue him from Mars.

The Martian won’t be the only science fiction project occupying Scott’s time in the coming years. Scott has also been tapped to direct sequels for two of his previous science fiction films. A sequel to Scott’s 1982 masterpiece Blade Runner has been confirmed; while sources cited by The Wrap reported that a sequel to Prometheus is scheduled begin production this fall with a projected release date in March of 2016. However, Scott’s next theatrical release will be Exodus: Gods and Kings, a biblical epic that will debut in theaters this December.