Robin Thicke’s girlfriend announced she is expecting a baby girl with the singer. April Love Geary made the announcement Thursday. The two have been dating since Thicke’s divorce from actress Paula Patton in 2015.

Geary made the announcement on Instagram along with a sonogram photo, captioned, “Robin and I are very excited to share with you all that we’re having a baby! The due date is March 1st, Alan’s birthday!” Robin’s father Alan Thicke passed away in December at age 69 after suffering a heart attack while playing hockey.

Robin and I are very excited to share with you all that we're having a baby! The due date is March 1st, Alan's birthday! ❤️

Robin Thick already has a 7-year-old son named Julian from his marriage to Patton. The two have been a custody battle and are now said to be close to reaching an agreement, reports The Sun.

Thicke, 40, and Geary, 22, made their first public appearance together at the Cannes Film Festival in May 2015, as reported by USA Today. Thicke’s marriage to Patton had become final in March of that year. Geary frequently joked about the couple’s 18-year age gap. “We’re out here LIVING while most of y’all are still bothered by an age gap,” Geary captioned with a selfie. 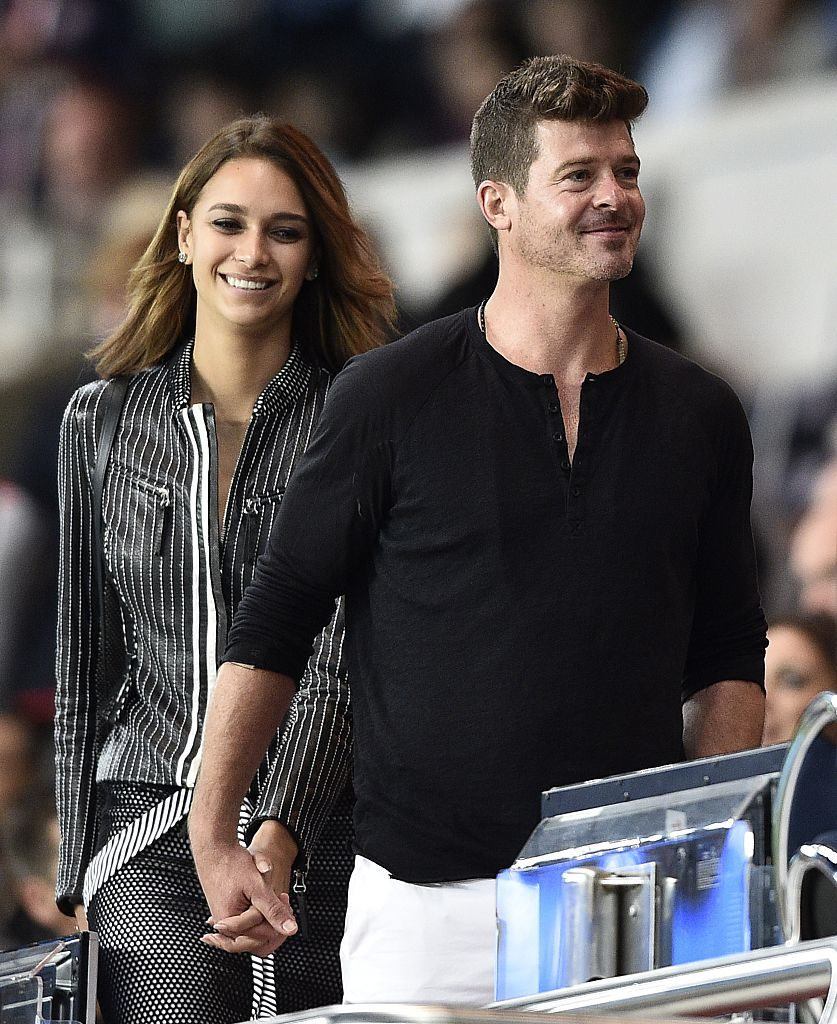 Singer Robin Thicke and his girlfriend April Love Geary are seen together at a French football match in 2015 in Paris. | Franck Fife/AFP/Getty Images

On Thursday, Geary also posted on Instagram a photo of her with her growing baby bump with the caption, “Happy in Hawaii with my lil peanut.”

Happy in Hawaii with my lil peanut

In November 2016, engagement rumors swirled when Geary posted a photo of the couple’s matching wedding ring finger tattoos. A source denied the marriage speculation and told “People” that the two are still just dating. <Link 3>

Geary is a fashion model for agency IMG Worldwide and Photogenics. Her online portfolio includes work for fashion labels and magazines, according to Heavy.com. She was born in California in 1994.