Forty years after the cult classic debuted in theaters, the time-warping transvestite from Transylvania is coming to TV. Following the success of Grease Live!, Fox has developed a TV remake of The Rocky Horror Picture Show that’s being described as a two-hour taped event special to celebrate the movie’s 40th anniversary. The original producer Lou Adler is among the project’s executive producers.

The TV special will be a reimagining of the movie about a sexually depraved alien transvestite who lives in a creepy castle stumbled upon by a vanilla couple seeking help with a flat tire. The campy musical has spawned decades’ worth of fans and continues to play in theaters, having the longest theatrical distribution of any film in history. Theater-goers dress up in gaudy lingerie and perform raunchy audience participation. It’s a particularly popular offering around Halloween.

Here’s the official synopsis from Fox:

Deadline noted that a TV version of Rocky Horror has been trying to get off the ground since 2002, at which time execs wanted to make a version in time to celebrate the 30th anniversary of the stage musical that spawned the film, which made its theater debut in 1973. That didn’t end up happening, though there was an episode of Glee that paid homage to Rocky Horror. The plan all along has been to “stick faithfully to the text and the score of the original but greatly reimagine the story visually.”

That’s enough to make the diehard fans of Rocky Horror cringe. The film’s story is so disjointed and just bizarre that it’s hard to believe it wouldn’t have to be altered for broadcast television audiences. Additionally, why would you want to change the movie’s delightfully campy and weird visuals? 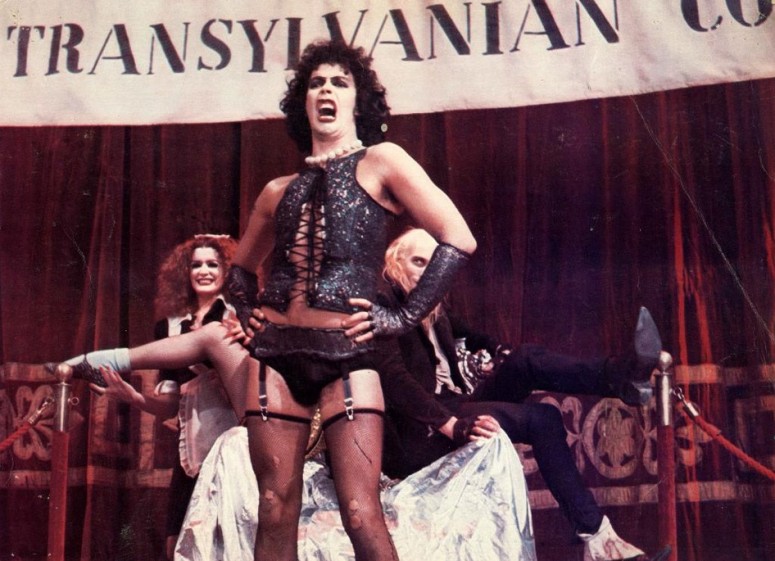 The TV special is essentially looking to capitalize on a cult audience that the movie has earned over 40 years. When it was first released the film was essentially ignored, and panned by those critics that did see it. It was only after it began being added to midnight movie bills that it started picking up steam as a cult, audience participation activity and Tim Curry’s hilarious, campy, and sensitive performance as Dr. Frankenfurter began to be recognized.

Realistically, fans of the film probably aren’t going to be happy with this no matter what. A lot of the strange sexual content that makes Rocky Horror what it is will have to be toned down for network TV. Even if the hardcore fans don’t like it, Fox had better hope for better reception than other musical events have gotten over the past couple of years.

Though these two programs were live and Rocky Horror will be taped, the broadcast of Peter Pan in 2014 and The Sound of Music in 2013 received bad reviews from critics and audiences, who famously “hate-watched” both productions while commenting on Twitter. Two-hour TV events can be tedious for audiences to sit through while getting blasted with commercials every 20 minutes.

If The Rocky Horror Picture Show remake is going to work out better than the aforementioned musicals, then it needs to not bore fans and throw celebrities into roles they’re ill-suited for, like the widely criticized casting of Carrie Underwood as Maria in The Sound of Music. [Update, 7/26/16: ‘The Rocky Horror Picture Show’ remake stars Laverne Cox as Dr. Frank-N-Furter, Adam Lambert as Eddie, Reeve Carney as Riff Raff, Staz Nair as Rocky, Annaleigh Ashford as Columbia, and Christina Milian as Magenta. Victoria Justice and Ryan McCartan play Janet and Brad, respectively, while Tim Curry (the original Dr. Frank-N-Furter) will take on the role of the “Criminologist Narrator.”]

If it can avoid those pitfalls then The Rocky Horror Picture Show might make for an entertaining and campy bit of TV, though the fans who know how to do the time warp and which inappropriate phrases to shout are likely to just stay loyal to the original.