‘Rogue One’: How Lucasfilm Has Been Setting it Up for Years 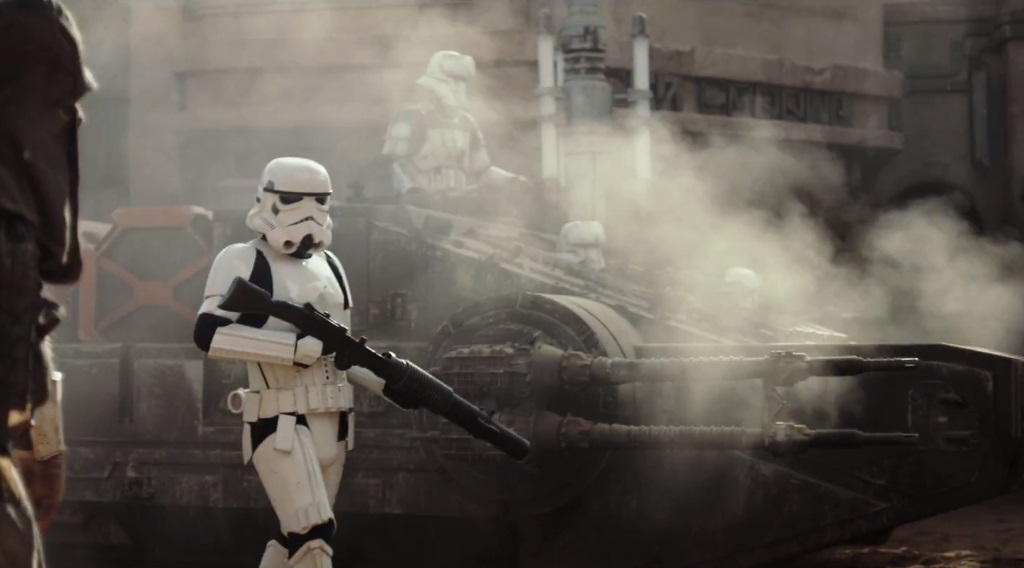 With Star Wars: The Force Awakens now out on Blu-Ray/DVD finally, Disney has officially mobilized its marketing machine to move on to the next movie in the franchise. Enter the first trailer for Rogue One, providing us with a taste of what’s to come. The movie represents a flurry of firsts for Star Wars: the first of three planned “Anthology” movies, the first movie set outside of the main trilogies, and most significantly, the first extended look at the events leading into A New Hope. And while it all might feel a little sudden, in reality, Lucasfilm has been laying the groundwork for years now.

The process began back in 2014 with the release of the animated Star Wars: Rebels series. Meant us a follow-up to The Clone Wars, it’s set right in the Rogue One sweet-spot in the timeline, tracking the early days of the Rebellion. Now two years later, it’s wrapped up its second season, closing the loop on the Darth Vader/Anakin Skywalker arc started by The Clone Wars. Soon its timeline will bump right up against Rogue One‘s.

We can see the concerted plan to prepare us for a new cast of characters in virtually every medium. The studio teamed up with EA to launch Star Wars: Battlefront, a video game set entirely in the trenches of the war we’re about to see, and later given a full-blown Rogue One DLC the week before the film’s release. That came alongside the release of the Twilight Company novel, telling the story of an elite group of Rebel soldiers (starting to sound familiar?). Suddenly, we’re being acclimated to a Star Wars universe and time period that doesn’t prominently feature the core elements of the franchise that we’ve typically been used to.

So why all this preparation? A strong argument can be made that fans will see anything with the Star Wars name attached. While that’s true, the period of time between Revenge of the Sith and A New Hope is one that’s been largely ignored before Disney got its hands on Lucasfilm. And because you can bet Episode IX isn’t going to be the end of new Star Wars movies, the studio had to figure out a way to keep telling that story without compromising the many secrets of the new trilogy. In Rogue One, Disney saw an untapped wealth of resources.

This is exactly why the anthology movies are all set in the post-Revenge of the Sith era: Because there’s nowhere else to go. True, Lucasfilm could go back to a time before even The Phantom Menace, but the familiarity of a young Han Solo running around while Darth Vader is wreaking havoc in his badass prime is too tempting to pass up. Once they picked that time period, the next step was to ensure that it could be compelling, even without recognizable faces. Now, anyone who wants to understand Rogue One‘s central conflict has two seasons of a TV series, a bunch of novels and comic books, and even a video game at their disposal.

Rogue One is about as far out on a limb as Lucasfilm has gone in its history. Even the prequel trilogy, while maligned in hindsight, made heaps of money at the box office. Soon though, we’ll have a movie that exists outside the Skywalker family feud, without Mark Hamill or Harrison Ford assuming their iconic roles, and packed with new characters. Lucky for us, the groundwork has already been laid. It’s just up to Rogue One to deliver once it hits theater December 16.