‘Roseanne’: Why Whitney Cummings Shockingly Left the Show Ahead of Season 2 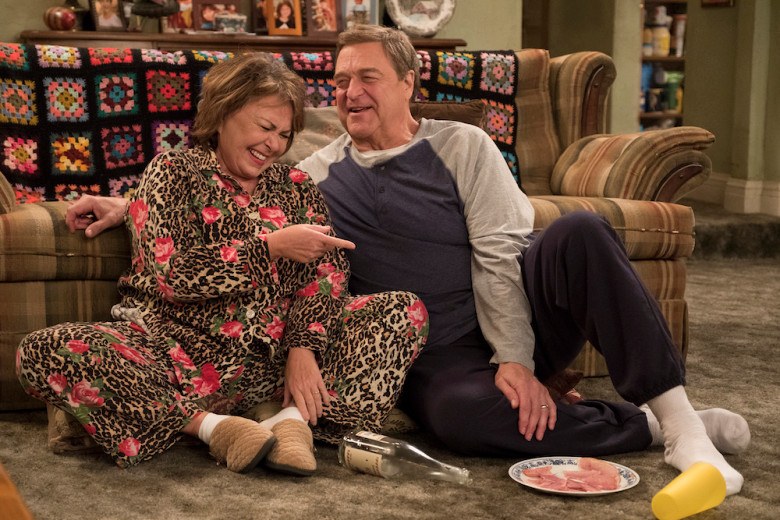 Despite strong ratings, Roseanne is changing for season 2 | ABC

The sitcom’s revival started off hot by tackling the results of the presidential election and drawing in a lot of viewers. Showing that Roseanne and Jackie hadn’t spoken since the results of the election only to make up made people want to see how it would all play out.

The ratings were so high that the revival got an early green light for another season. But now it looks like the show will transform once again because things are changing behind the scenes. Despite the revival starting off strong, it is losing a showrunner and the writers’ room is also changing.

So what is going on and how will it affect Season 2? Here are seven things to know, including why Cummings left the show (page 5) and how the show is changing its focus in its second season (page 8). 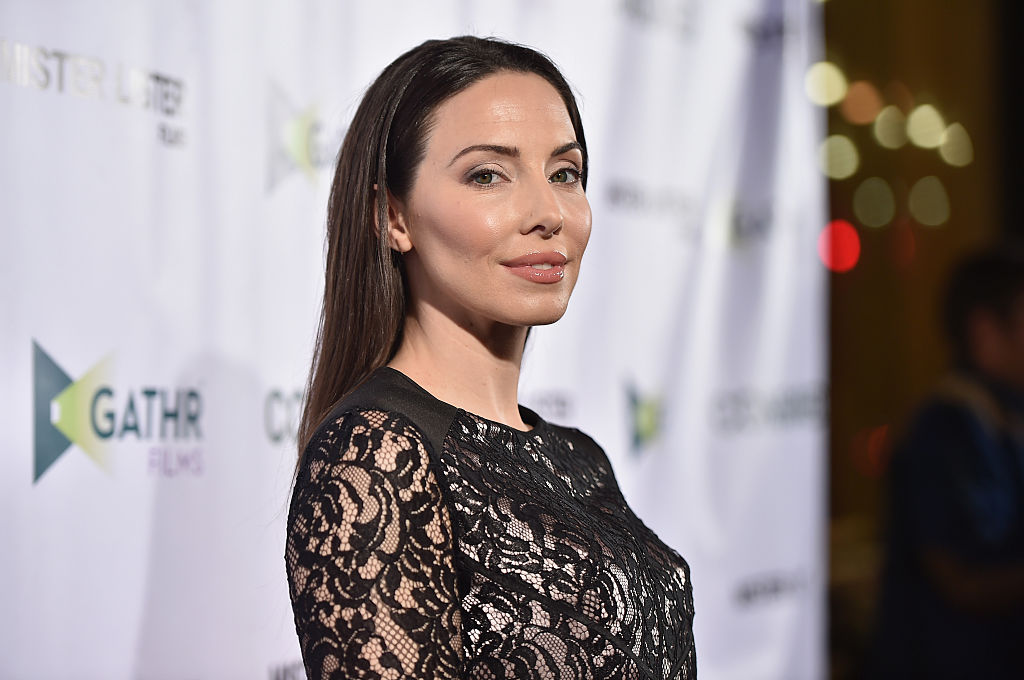 The big departure news of Whitney Cummings’ departure broke with co-showrunner Bruce Helford telling reporters on a conference call, according to Variety. The former co-showrunner then tweeted about her decision herself:

Working on Roseanne was a surreal, incredible experience. Due to work commitments and my tour schedule, I’m gonna have to watch the Conners from the sidelines next season. It was an honor to work with such an incredible group of actors, writers, and crew. Harvey Levin, you can stop calling my cell phone now.

Next: Was there conflict? 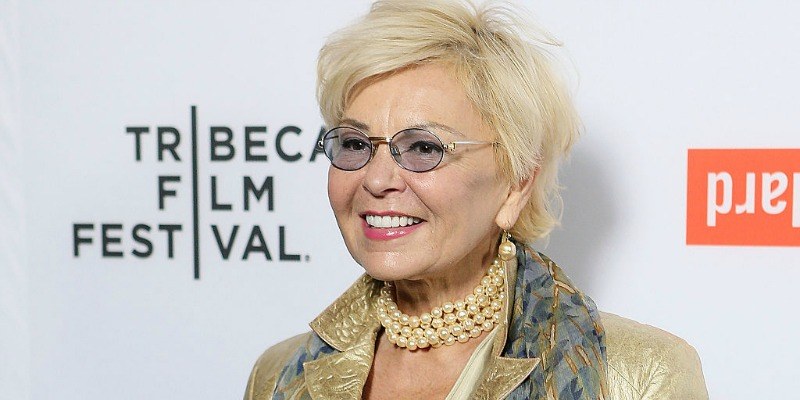 Cummings has said she wanted to take Roseanne on the Trump era. This must have occasionally been difficult for her, however, because Barr voted for Trump. It’s easy to imagine that the two butted heads from time to time.

According to Cummings, that wasn’t a bad thing. Cummings wrote in a piece for Vulture, saying,”This clash of ideas and clash of personalities makes for a deeper and more realistic show that could possibly help the people who felt so ignored, dismissed, and invisible that they felt the need to ‘shake things up.'”

Next: Helford claims Cummings’ influence will stay with the show in this way.

3. Helford said Cummings’ point of view is still in the writing room 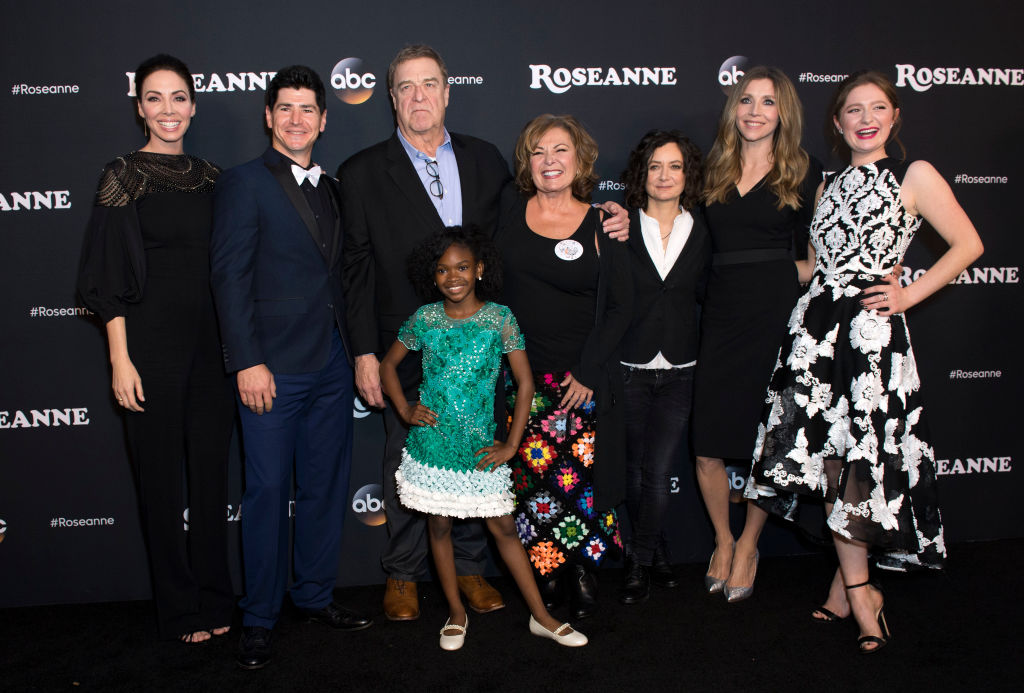 Cummings (with the cast) has made an impact on the show. | Valerie Macon/AFP/Getty Images

The showrunner claimed Cummings’ departure won’t completely change the show because she is still represented in the writer’s room. ”

Next: How her female voice will continue to be heard 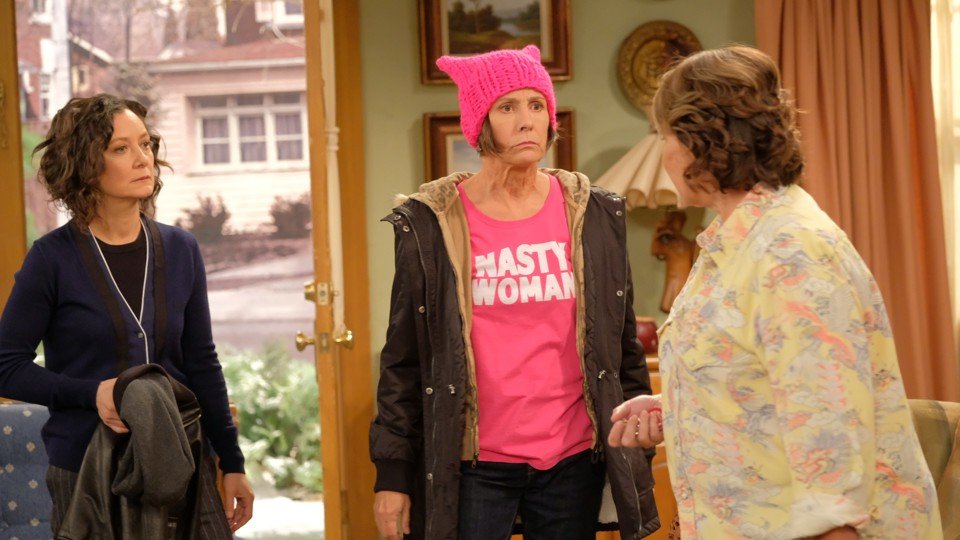 The unique female perspectives on the show will all be represented. | ABC/Adam Rose

When it was mentioned that the show was losing a female leader, Helford told Variety, “I think as far as Whitney’s voice as a woman, that will be well-represented — very well-represented.”

He then listed off the multiple female writers working on the show.

Next: This is why Cummings reportedly left the show.

5. Helford confirms Cummings’ exit is due to other work commitments 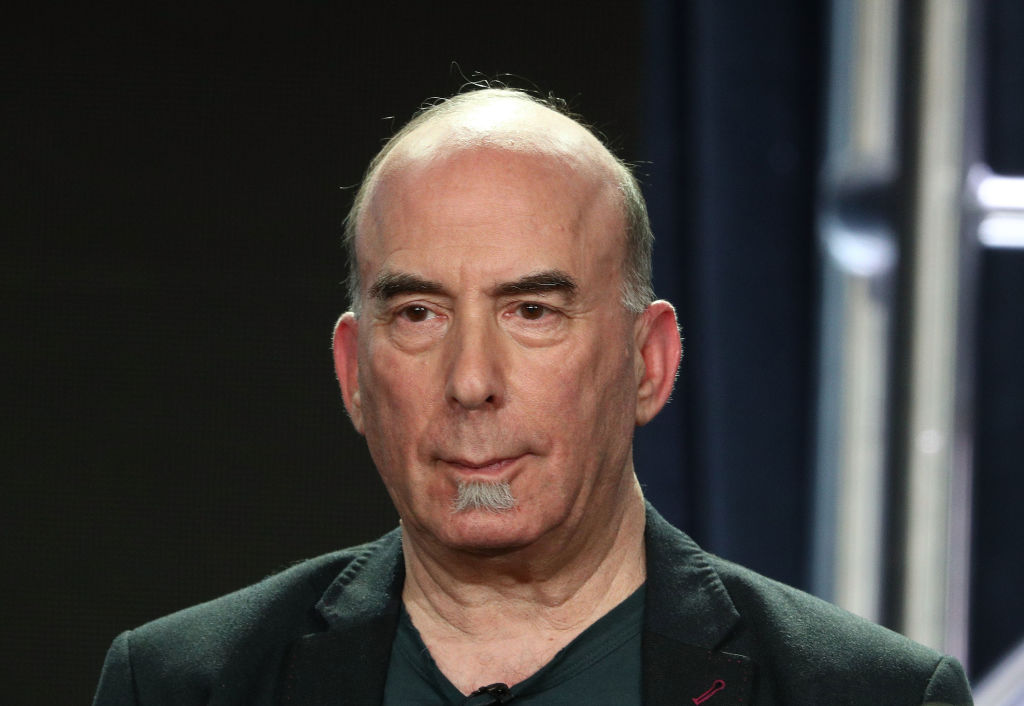 Although some might have suspicions over the departure, Helford also gave the same reason for her exit. “Whitney just had too much on her plate to commit,” he told Deadline. “But she’s always a part of the Roseanne family.”

Next: This is what Cummings will be working on instead.

6. Cummings’ upcoming project is her tour 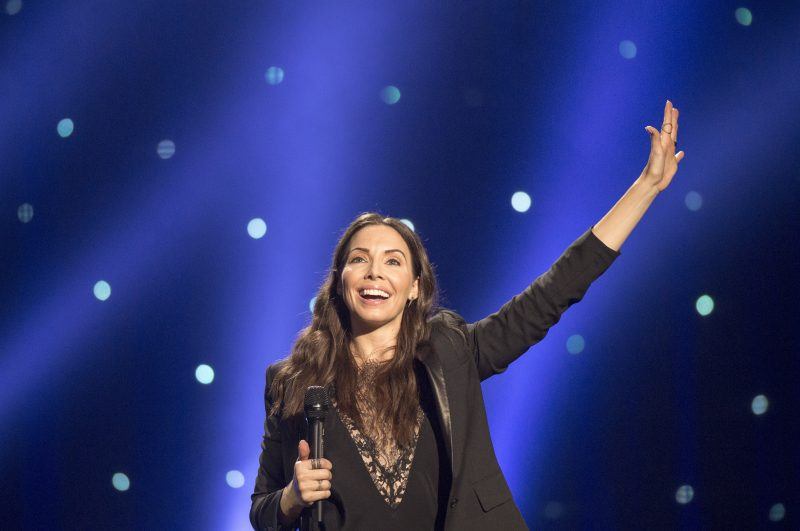 She’s busy with her stand up act. | HBO

Although the showrunner’s schedule was given as the reason for her leaving, she doesn’t have anything new listed on her IMDb page for writing or producing. However, she does have tour dates through July listed on her website.

Next: This is how the writer room is also changing next season.

7. The show is getting new writers for next season 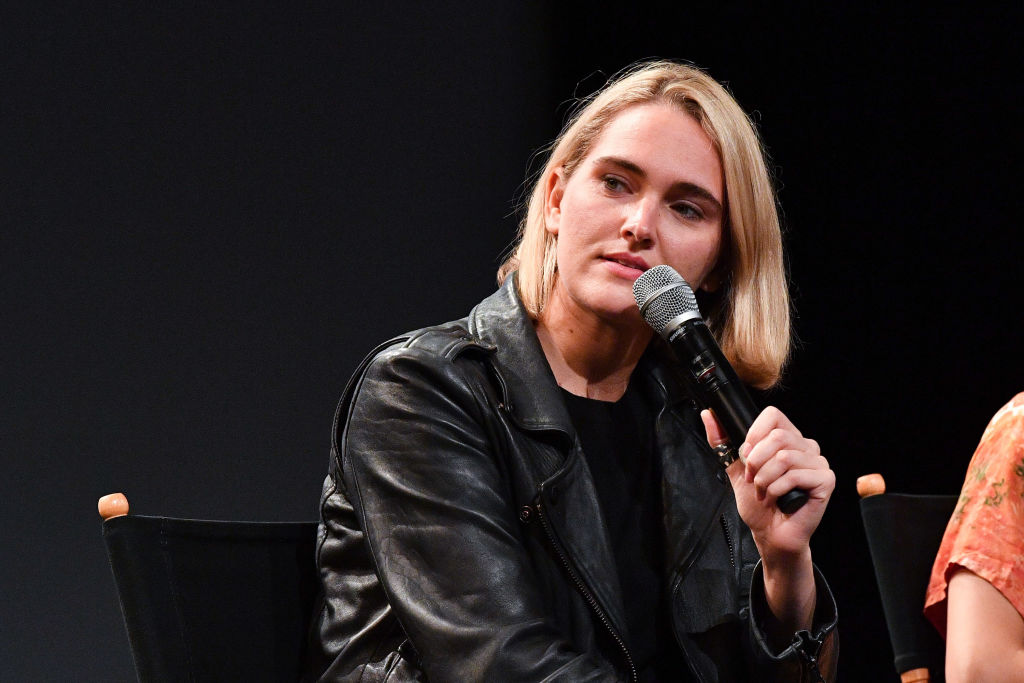 While some writers will return for Season 2, there will also be new writers: Ali Liebegott from Transparent, Mitch and Jana Hunter from The Middle, Liz Astrof, Emily Wilson, Jena Friedman, and Ted Jessup are among them, according to Deadline.

Next: This is what the show will focus on in Season 2.

8. The show is planning to focus more on family than politics 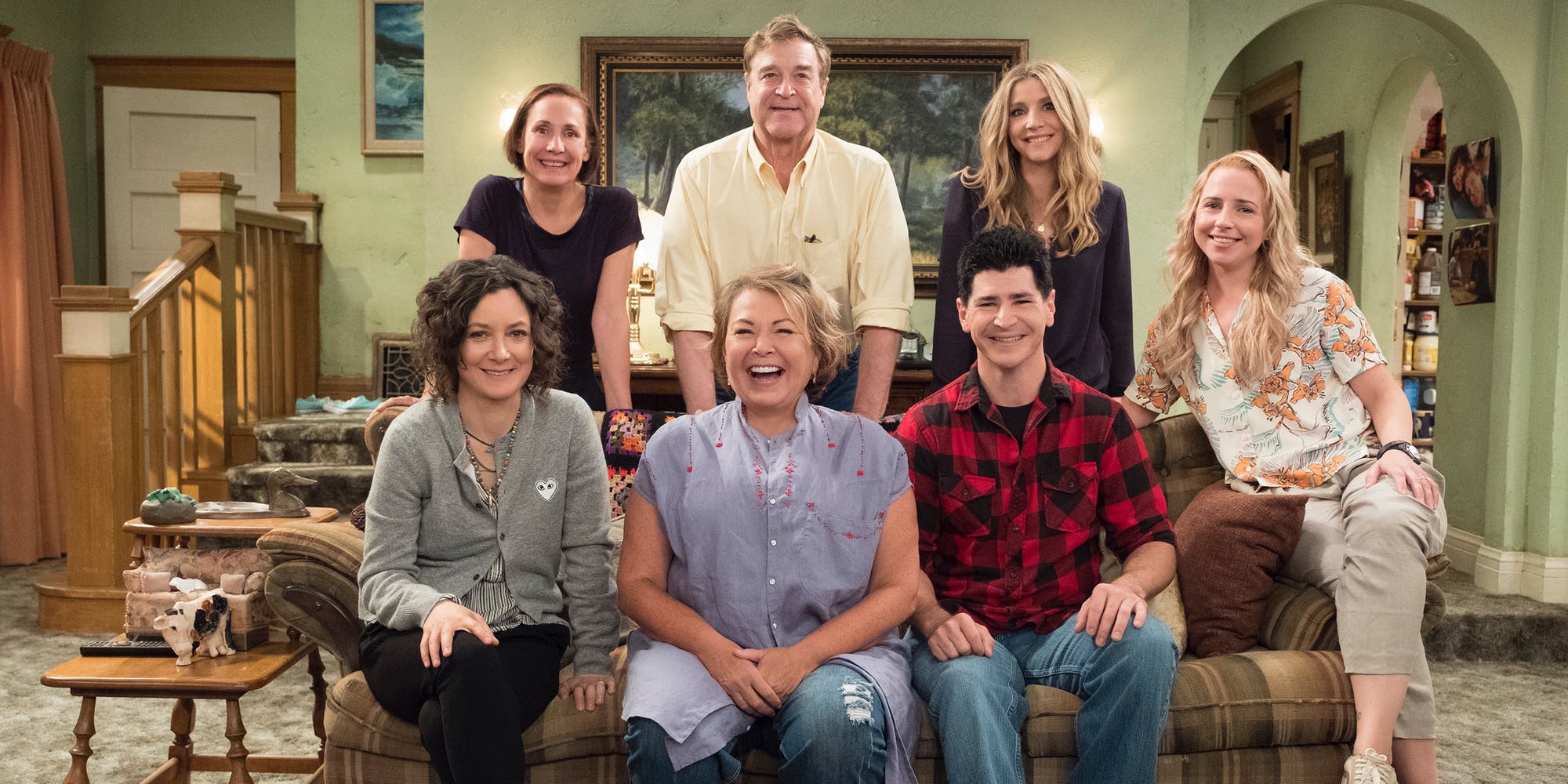 Roseanne is ultimately a show about a family. | ABC

“I think that they’re going to stay on the path that they were on toward the end of last season, which is away from politics and toward family,” ABC Entertainment president Channing Dungey recently revealed of the other major change the show is undergoing in season 2.