Russo Brothers Reveal a Surprising Hint About ‘Guardians of the Galaxy Vol. 3’ Timeline 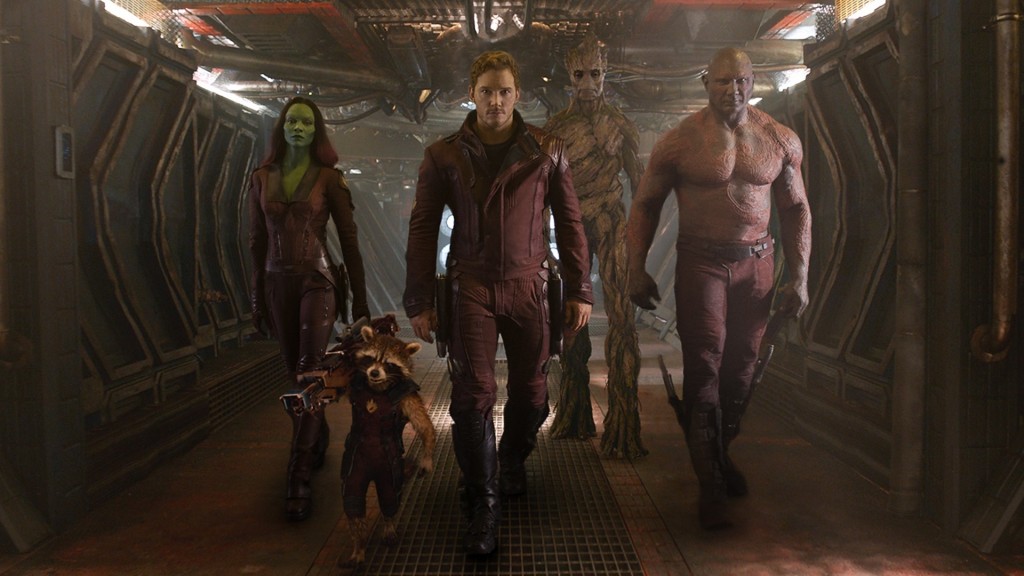 Marvel fans everywhere have been wondering how the Marvel Cinematic Universe will solve the issues created in Avengers: Infinity War. At the end of the movie, Thanos snapped his massive fingers and wiped out half of the universe — including a large chunk of our favorite heroes. But with one more Avengers movie remaining, we know that many of these characters need to return.

If for no other reason than that several of them have movies being written and produced. The currently untitled Spider-Man 2 movie and Guardians of the Galaxy Vol. 3 are two really good examples. Peter Parker slowly bit the dust while only Rocket and Nebula remain from the Guardians. Those wouldn’t be very exciting movies, would they?

Recently, Infinity War directors Joe and Anthony Russo have thrown a major curveball at fans in relation to the Guardians. With essentially four years of time standing between the end of GOTG 2 and Infinity War, it’s possible that GOTG 3 takes place before Thanos’ finger snap despite arriving in theaters after Avengers 4.

“Here’s the thing, I think it’s important to remember anything is possible in the MCU,” Anthony said. “Just because there’s a sequel on the books doesn’t mean … people become accustomed to time moving linearly in the MCU. That doesn’t necessarily have to be the case. There’s a lot of very inventive ways of where the story can go from here.”

“There’s four years between ‘Guardians 2’ and ‘Infinity War,’” added Joe. “That’s a long time, and a lot of ‘Guardians’ stories to tell. Again, as Anthony said, don’t expect everything to move forward in a linear fashion in the Marvel universe.”

They bring up some interesting, even thought-provoking, points on the topic. There is a large gap of time that is unexplored among the Guardians, so it would make sense to have the final film in the trilogy take place before the team helps in the battle against Thanos. But of course, it’s almost certainly hogwash.

The Russo brothers have a lot of incentive to try to sell you on this theory. GOTG 3 director James Gunn has previously confirmed that all the regular characters would return for the movie, which has some fans scratching their heads. It’s understandable that Marvel may retcon killing the characters that disappeared into dust, but what about Gamora? Thanos threw her off a cliff in the middle of the movie. How could she return?

However they plan to bring Gamora back, and it seems like they may actually be doing just that, the Russo brothers want to keep it a secret. But Marvel’s tight schedule and the inevitable planning for GOTG 3 just wouldn’t allow for every reveal to be kept under wraps.

To take things one step further, there is an even bigger reason not to believe this chicanery from the Russos. Gunn, himself, has already confirmed where GOTG 3 falls in the MCU timeline. And, after all, he is the one that’s writing the movie. We should probably take his word on this one.

Some might wonder if this is a simple case of creative visionaries not being on the same page, but that’s a tough sell. We know that Gunn and the Russos have collaborated before, with the GOTG director writing the dialogue for his characters in Infinity War. The notion that the Russos have some knowledge about the timeline of GOTG 3 that Gunn has chosen to publicly lie about is, well, hard to grasp.

There is plenty of merit in what they’re talking about, in general. The MCU has always messed with the timeline, and that’s not going to stop. Captain Marvel comes out next March, and it takes place in the 1990s. Ant-Man and the Wasp takes place ahead of Infinity War despite arriving in theaters three months after.

But could you imagine leaving any of the Guardians, such as Gamora, Drax, Groot, or Star-Lord, dead in the wake of Avengers 4, only to bring them all back for one final movie set ahead of Infinity War? The raucous fun present in the two previous GOTG movies would feel pretty morbid.

The ruling on our part is to take the Russos’ commentary with a grain of salt, and chalk it up to directors that are running out of ways to deflect away from the biggest open secret of all. The Guardians aren’t going to stay dead forever.