SAG Awards: Who Were the Surprise Nominees? 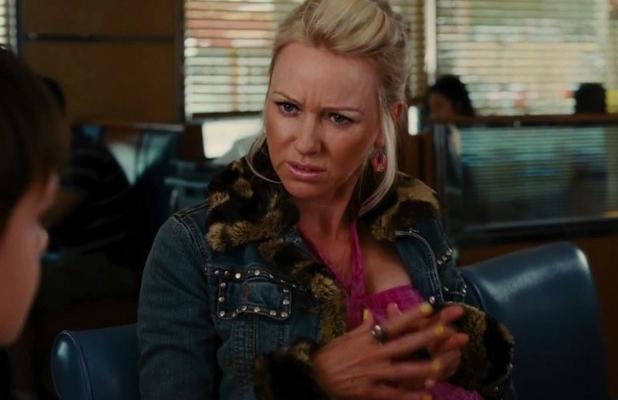 The Screen Actors Guild (SAG) Award nominations have officially been announced, and while some frontrunners earned a nomination just as expected, other candidates who earned the recognition came as more of a surprise. The SAG nods are often considered predictive of the Oscars, as the nominees are chosen by actors who might also be included in the group of Academy voters. After Wednesday morning’s announcement, that means that several unexpected candidates may have just gotten a boost in the award season race.

In the best ensemble category (the Screen Actors’ equivalent of Best Picture), presumed top contenders Birdman (which leads with four total nods), Boyhood, The Imitation Game, and The Theory of Everything all received a nomination, as previously predicted by the vast majority of both critics and moviegoers. But instead of other oft-mentioned contenders like Foxcatcher and Into the Woods or any of the late entries like Unbroken, Selma, American Sniper, and Big Eyes, the final nomination went to Wes Anderson’s The Grand Budapest Hotel. The 2014 flick boasts a huge ensemble cast, but wasn’t mentioned much in the award season conversation leading up to the nominations. While the SAG nomination doesn’t guarantee any other future recognition for the film, it could potentially give the indie a bump.

The best actor category also held a surprise nomination. Four long-predicted frontrunners made the cut: Birdman‘s Michael Keaton, Foxcatcher‘s Steve Carell, The Imitation Game‘s Benedict Cumberbatch, and The Theory of Everything‘s Eddie Redmayne. Plenty of other names were also thrown into the mix, including Bradley Cooper for American Sniper, Miles Teller for Whiplash, Jack O’ Connell for Unbroken, and Oscar Isaac, who tied with Keaton at the NBR Awards for A Most Violent Year. In the end, Jake Gyllenhaal ended up nabbing the spot for his leading role in Nightcrawler. The actor’s drastic transformation for the film has inspired award talk in recent months, but the last couple of weeks have been particularly great for the film. The movie earned a spot on both the AFI’s and NBR’s top 10 lists and Gyllenhaal himself also garnered an Indie Spirit Award bid earlier in the month.

There were a few unexpected names in the actress categories as well. Jennifer Aniston’s much-discussed turn in Cake ended up earning her a spot alongside top candidates The Theory of Everything‘s Felicity Jones, Still Alice‘s Julianne Moore, Gone Girl‘s Rosamund Pike, and Wild‘s Reese Witherspoon. Though the dramatic role had previously earned her Oscar buzz, the movie ended up earning mixed reviews, causing some to wonder whether her performance was truly enough for a nod. Her recognition shuts out The Homesman’s Hilary Swank and Big Eyes’ Amy Adams (although she was also snubbed last year and ended up receiving an Oscar nom for American Hustle anyway).

Naomi Watts was the biggest surprise on the supporting side, and perhaps of the movie nomination list overall. The actress received an unexpected nomination for her role as a Russian prostitute in Bill Murray’s comedy, St. Vincent, alongside the likes of Boyhood‘s Patricia Arquette, The Imitation Game‘s Keira Knightley, Birdman‘s Emma Stone and Into the Woods‘ Meryl Streep. That means Laura Dern, who has been receiving rave reviews for her turn as the late mother of Witherspoon’s Cheryl Strayed in Wild, and Jessica Chastain, who received the NBR award for her lead in A Most Violent Year, didn’t receive a nomination.

Things didn’t go exactly as predicted over on the small screen side of the nominations either. The SAG awards aren’t as indicative of the Emmys as they are of the Oscars, but there were some notable snubs nonetheless. HBO’s True Detective, and CBS’s The Good Wife were shut out of the best drama ensemble category, as was Mad Men. In the comedy genre, Fox’s Brooklyn Nine-Nine took a spot over new shows, like ABC’s Blackish or Amazon’s Transparent.

In terms of acting categories, there were more surprises in the female nominations than the male ones. Kerry Washington failed to receive a nomination for Scandal, although Viola Davis was recognized starring in another Shonda Rhimes show, How to Get Away With Murder. American Horror Story’s Jessica Lange was also not among the drama nominees. Still, Orphan Black fans will be thrilled to learn Tatiana Maslany (who was snubbed by the Emmys for two consecutive years) earned a nod. Uzo Aduba’s nomination in the comedy series category over Orange Is the New Black‘s leading lady Taylor Schilling was another happy surprise for many, putting her in the same ranks as Modern Family‘s Julie Bowen, Nurse Jackie‘s Edie Falco, Parks and Recreation‘s Amy Poehler and Veep‘s Julia Louis-Dreyfus.

This only the first major guild announcement of the season, so we’ll have to stay tuned to see if these nominations will truly shape the coming Oscar and Emmy races. If the SAG list does end up serving as any indication though, it looks like there could potentially be more surprises in store this award season than expected.