Sam Elliott: What Is His Net Worth and When Did He Start Acting?

Known primarily for his cowboy roles, Sam Elliott has also graced screens large and small as a rancher, biker, and a variety of tough guys. The 6’2″ California native son who considers himself a Texan has made mostly good choices regarding his acting career, and he has the bank account to prove it. 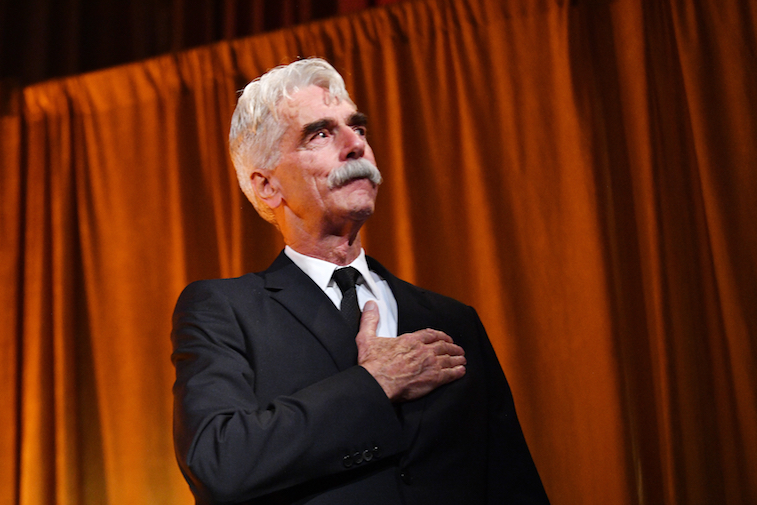 Sam Elliott | Dia Dipasupil/Getty Images for National Board of Review

Born Samuel Pack Elliott in Sacramento, California on August 9, 1944, the actor beloved by Big Lebowski fans earned was not the proverbial overnight success. In fact, the lanky, baritone-voiced thespian spent years on stage and in front of the camera before landing his first role in a big movie.

When Sam was a teenager, the Elliott family moved to northeast Portland where he graduated from David Douglas High in 1962. A two-year stint studying psychology and English at the University of Oregon in Eugene only served to enhance Elliott’s dream of becoming a Hollywood actor. After returning to Portland, he enrolled in an acting program at Clark University in nearby Vancouver where he landed the lead in a college production of Guys and Dolls and further cemented his love of acting.

Elliott’s father, Henry, worked for the Department of Fish and Game. His mother, Glynn, was a high school gym teacher who was more supportive of her son’s movie aspirations than her husband, who told the younger Elliot that he wouldn’t have “a snowball’s chance in hell in Hollywood.” Elliott expresses regret that his dad died before seeing his kid make his cinematic mark on the world.

A star is (slowly) born

Shortly after his time at Clark, Elliot packed his bags and made his way to Los Angeles where he toiled at menial and ofttimes uncredited acting jobs. The first role for which his name appeared in the end credits was as Dan Kenyon in a 1969 episode of the television show, Judd for the Defense. Elliott continued to work on TV shows such as The Felony Squad, The FBI, Bracken’s World, Mission: Impossible, and Lancer. The handsome actor also made guest appearances on Mannix, The Streets of San Francisco, Land of the Giants, and The Mod Squad.

Despite steady work in television, Elliott never lost his ambition to be a movie actor, so that’s exactly what he did. He accepted several roles in made-for-television movies such as The Blue Knight and I Will Fight No More Forever before finally landing a part in a big Hollywood movie, Butch Cassidy and the Sundance Kid in which the mustachioed actor appeared in a bar scene as “Card Player #2.”

Interestingly, Elliott’s future wife, Katharine Ross, was also in the movie, but the pair did not speak face-to-face until they joined forces to make a bone-chilling movie, The Legacy, in England nearly a decade later. Since then, Elliott has proven himself worthy again and again, in box office greats such as Mask, Thank You for Smoking, and The Big Lebowski.

Elliott’s acting skills are nothing to take for granted, but he is nearly as famous for his voice-over chops. His instantly-recognizable baritone is heard on ads for everything from Dodge trucks to beef dinners.

Elliott also provides the voice for Smokey Bear with whom he shares an August 9, 1944 birthday. Today, Elliott bears the distinction of being the only human actor ever nominated for an Emmy for his guest appearance on Robot Chicken.

So, what’s his net worth?

Perhaps due to his one-woman lifestyle, Elliott has been responsible with the income he’s earned from various film and voice projects over the years. His spouse of more than three decades, actress Katharine Ross, also rakes in a nice income with movie and voice work. According to TheNetWorthPortal, Elliott boasts a current net worth of around $12 million.