Sam Smith Is Convincingly Lonely, But Needs to Loosen Up 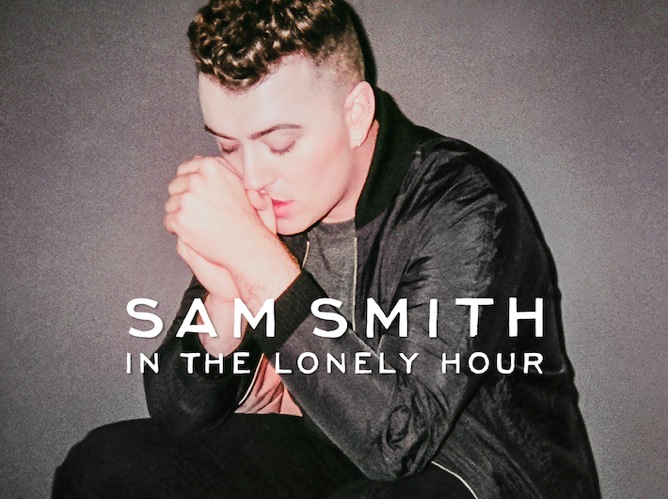 British soul singer Sam Smith is most famous in the U.S. for collaborating on the massive club hit “Latch” with electronic duo Disclosure, but with the release of his album In the Lonely Hour, Smith will soon be recognized for a very different style of music outside his home country.

The 22-year-old Smith’s soul-influenced pop music has gained him comparisons to Adele, another British singer with a similar vintage pop style and killer pipes. Her massive popularity has certainly paved the way to making popular audiences more receptive to a singer like Smith, who is winning over U.S. audiences in the non-EDM realm with his first single from In the Lonely Hour, “Stay With Me,” a song Smith told NPR’s Melissa Block is about the loneliness experienced after a one-night stand.

“‘Stay With Me’ is my own personal anthem to the walk of shame. … That feeling after a one-night stand of not wanting the person to leave. Even if you don’t love them and you don’t even like them, it’s about having that body there next to you,” Smith said on All Things Considered. The song is currently sitting at No. 10 on the Billboard Hot 100 and is poised to climb higher with the album’s release. He’s gained attention from a well-received performance on Saturday Night Live and impressed crowds at last weekend’s Bonnaroo Music and Arts Festival during both his own performance and when he joined Disclosure to play “Latch.”

As is apparent in the title, much of Lonely Hour is about being lonely. On All Things Considered, Smith discussed the heartbreak and feelings of unrequited love that he experienced in the past year that went into the songs he wrote for the record. “I’ve never been in a relationship before ever in my life. I wanted to make a statement that I do know what love is,” Smith told NPR.

He counts Destiny’s Child, Amy Winehouse, Stevie Wonder, Whitney Houston, and Chaka Khan among his biggest musical influences. When Block asked what kinds of voices he admires, Smith said, “especially female singers. I used to get very angry when I was getting older because my voice was breaking. So this is why I’ve trained my voice so religiously through my teenage years, because I wanted to be able to hit the notes that those females hit. And I can.”

His voice is impressive, but unlike his role model Winehouse, he’s been criticized for coming off as a bit too tame. Pitchfork gave Lonely Hour a mediocre 5.5 rating, saying the record “is enjoyable just for Smith’s voice alone — so unusual, unpredictable and utterly pleasing that it can be wonderful to listen to even through the most egregious of lite-FM tropes. But so much of the album remains hard to swallow otherwise, lost underneath layers of industry polish and focus-grouped lyrics.”

The New York Times had similar things to say about Smith’s live performance at the Apollo on Tuesday: “Mr. Smith clearly feels deeply, and has the voice to show it. … Frustratingly, there is a stillness to his stage presence, not born of confidence but rather innocent unease. Dressed entirely in black, save for a white peak-lapel blazer, he came across as overly trained, at times verging on inert.”

Smith is still young, though, and with the confidence that comes with age could learn to loosen up a bit, something his voice would benefit from.