Samuel L. Jackson: His 6 Best Roles of the Last 15 Years

You can see the trailer below:

And so, naturally, that got us thinking about the six most memorable Samuel L. Jackson roles of the 21st century. Jackson, now 66, still pumps out a handful of movies per year, many of which are comic book adaptations or edge-of-your-seat thrillers. Let us not forget that Jackson is also Nick Fury in Marvel’s Avengers movies, and all of it’s offshoots, along with Mace Windu in Star Wars Episodes I-III. He is also a favorite of Quentin Tarantino, as the two have collaborated for decades, starting with Pulp Fiction.

The apparently ageless actor has shown no signs of slowing down, either, with The Hateful Eight slated for release on Christmas 2015, and four additional films set to be released in 2016. (These include: Cell, Miss Peregrine’s Home for Peculiar Children, Tarzan, and Chiraq.) Jackson, although typecast, shows signs of serious versatility in his work — playing a house slave named Stephen in Django Unchained (2012), or the president of the United States in Big Game (2014) — and has become a favorite of directors in Hollywood, like Joss Whedon, for example.

At this pace, say 10 years from now, Jackson could have one of the most impressive filmographies of any A-list actor ever. Maybe that’s a stretch, but nevertheless, the man has had quite an impressive career. 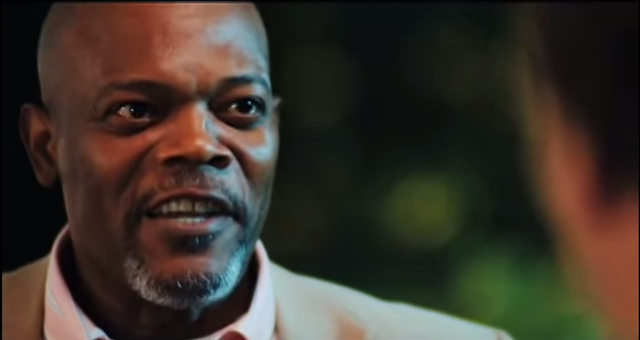 In this 2008 film directed by Neil LaBute, Jackson plays a high-strung veteran LAPD officer, Abel Turner, who wreaks havoc on his next door neighbors, Chris and Lisa Mattson (played by Patrick Wilson and Kerry Washington, respectively). The Mattsons, an interracial couple, learn that Abel is a widowed father of two, and is particularly strict with his children.

Abel ultimately begins a futile attempt to drive the Mattsons from the neighborhood, shining lights into their house, holding rowdy LAPD parties, and cutting down branches of Chris’ trees. The climactic moments of the film, as Rotten Tomatoes asserts, seem potboiler in nature, but Jackson shines while embodying the neurotic officer. Abel reveals himself to be racist, and is opposed to the Mattsons’ tight-knit relationship. Jackson is a formidable antagonist, and not once does he slip out of character.

Empire Magazine’s Kim Newman writes, “…the film stands or falls on Jackson in one of his most full-on performances. Abel is a simmering martinet at home and near-crazy in uniform, teeming with aggressive tics like shining security lights through windows, giving a coffee table book about African-American culture as a housewarming present, [and] ratting out Chris for smoking behind his wife’s back…But Jackson strings out the torment with half-plausible friendliness as he flashes a smile scarier than The Joker’s — at once ingratiating, bullying and gloating.” 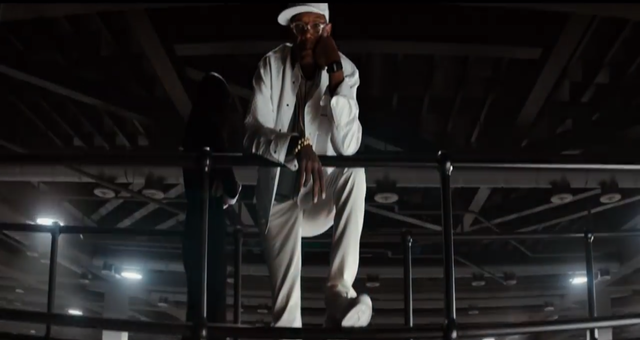 As it turns out, though, Valentine plans to use the cards to control the populace, and hence the cards are harbingers of the apocalypse. After the world has run itself awry, only Valentine and a select few others (mainly world leaders, celebrities, etc.) will survive and start anew. However, that’s only if the Kingsman organization does not get a hold of Valentine first. Kingsman is led by Harry Hart, “Agent Galahad” (Colin Firth) a veteran of the intelligence agency. But when the number of agents dwindles, Hart recruits Gary “Eggsy” Unwin (Taron Egerton) to become an agent of the next generation. Will “Eggsy,” Galahad and Merlin (Mark Strong) be able to to prevent the aforementioned end of the world?

Kingsman is a rollicking good time. It’s Bond-esque, fast-paced and stylish, as the agents make clear with their tailors and their esoteric (and outmoded?) fashion sense. Most importantly, though, Jackson plays a forceful and exceedingly comedic antagonist. It turns out, Valentine is afraid of blood; it makes him nauseous. Oh, but he’s still going to try and kill off the world’s population.

Vaughn’s film holds a 75 percent rating on the Tomatometer, and 85 percent of audiences rated it favorably. Ben Travis of GQ Magazine writes, “…once the machine fully kicks into gear, the final third is a rebellious, freewheeling delight. The fight scenes are absolutely outstanding, coming on like The Raid meets The World’s End epic pub brawl, with frenetic camera movements that make every punch feel visceral.” 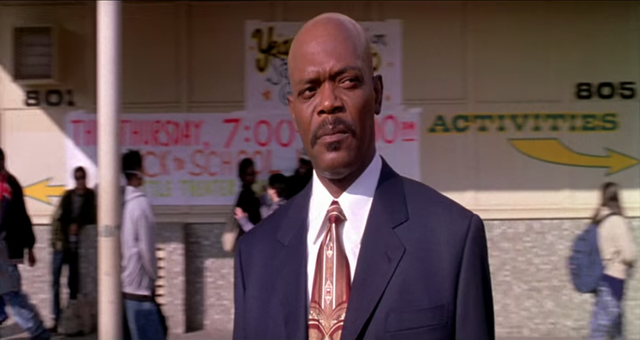 Coach Carter, directed by Thomas Carter, is a feel-good story of an urban basketball team coming to terms with itself. Coach Ken Carter (Jackson) takes over the head coaching job at Richmond, where he once played and set records. But, life under Coach Carter will not be a breeze for the players — who are used to slacking off in practice and in the classroom.

Carter makes his players sign contracts about grades and attire, and upholds a strict policy about being late to practice. Many of the team’s star players quit, including Timo Cruz (Rick Gonzalez). Jackson also begins to coach his son, Damien Carter (Robert Ri’chard), who has transferred to Richmond to play under his dad. When Cruz quits the team, Carter makes him do 2,500 push-ups and 1,000 suicides before the next game. He has a similar tactic for Junior Battle (Nana Gbewonyo). Ultimately, the players still don’t perform in the classroom, and so Carter decides to lock down the gym until grades improve. The school and the city do not react warmly to this, and Carter is threatened on every turn. Ultimately, improving on an undefeated season, the team earns a spot in the regional playoffs.

Though melodramatic at times, Coach Carter is still sappy in all the right ways. Jackson, as Carter, is strong, triumphant and fixated on his goal of improving the boys’ lives not just on the hardwood. This is a change of pace for Jackson’s lighter, airier material, but it is definitely a hit. It holds a 65 percent rating on the Tomatometer.

Cole Smithey, of ColeSmithey.com, writes, “Samuel Jackson returns to form behind a long string of disappointing performances…Coach Carter’s concise attempts to teach his Richmond Oilers basketball team the importance of mutual respect and scholastics through discipline on and off the basketball court resonates well in today’s America of unaccountability.” 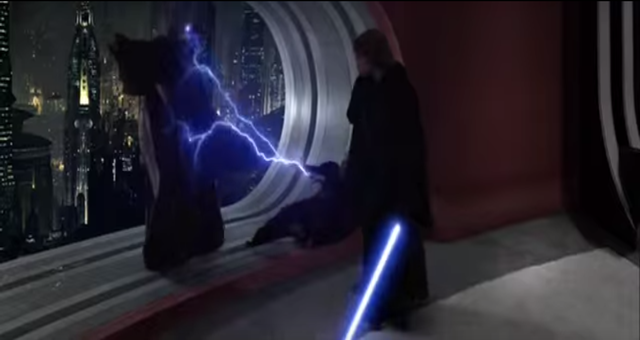 Revenge of the Sith is not only a fitting (and non-sequential) transition to 1977’s Star Wars: A New Hope, but it is firmly driven by character, in sorting out Anakin Skywalker (Hayden Christensen). Nonetheless, let’s not forget it’s where Mace Windu meets his demise at the hands of Emperor Palpatine (Ian McDiarmid).

The film revolves around the Clone Wars, and the Jedi Knights are dispersed across the galaxy in attempt to bring down separatist leader General Grievous. Separated from Obi-Wan Kenobi (Ewan McGregor), Anakin grows close to Chancellor Palpatine, who reveals himself to be the evil sith lord. Premonitions of Padme (Natalie Portman) dying worries Anakin, who slowly succumbs to the dark side of the force. The film features epic battles between Mace Windu and Palpatine, Yoda and Palpatine, and Anakin and Obi-Wan.

It is also the highest rated film of the trio released between 1999 and 2005. It is certified fresh on Rotten Tomatoes and holds a 80 percent rating. Rotten Tomatoes’ consensus reads, “This sixth and final installment of George Lucas’ epic space opera will please die-hard fanatics and non-believers alike — largely due to awesome digital effects and the sheer power of the mythology.” 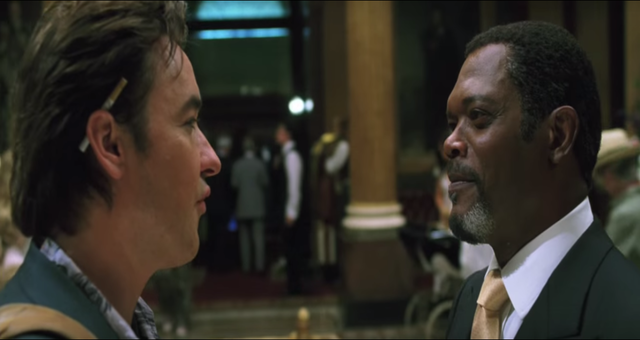 Mikael Hafstrom’s 2007 film 1408, based off of a short story by Stephen King, is pleasing on many fronts. It’s so staunchly psychological that viewers are not quite sure what reality is, and how far into the subconscious of main character Mike Enslin (John Cusack) Hafstrom has ventured. It’s also a pleasing — even innovative — sort of horror film, marked with modern touches and our increasingly pessimistic nature.

Enslin, a fairly successful author of the paranormal, comes to New York on a whim to investigate the Dolphin Hotel’s room 1408. He is a pessimist and does not believe what he writes, but middle-aged and now-single, he sees no harm in pushing the envelope. So, he does not bat on eyelash at going to New York’s most horrifying setting.

In 1408, Samuel L. Jackson plays a stringent hotel manager, Gerald Olin, who warns Enslin not to enter 1408. He pleads with Enslin, warns him of the terror that’s gone on inside the room for decades, and even provides the jaded writer with a logbook of photos of the gruesome deaths that have been recorded there; 56 in total. Against his wishes, Enslin remains adamant, and so Olin arms him with a bottle of whiskey and shows him on his way. The rest is history.

The film has a whopping total four different endings. In test audience ending number one, Olin’s role is magnified a bit as well.

The film is certified fresh on Rotten Tomatoes, holding a 79 percent rating among critics. Rossiter Drake, of the San Francisco Examiner, writes, “From the start, (1408) builds to a point of unbearable tension and then rewards us with a payoff that is cleverly executed and genuinely terrifying.” 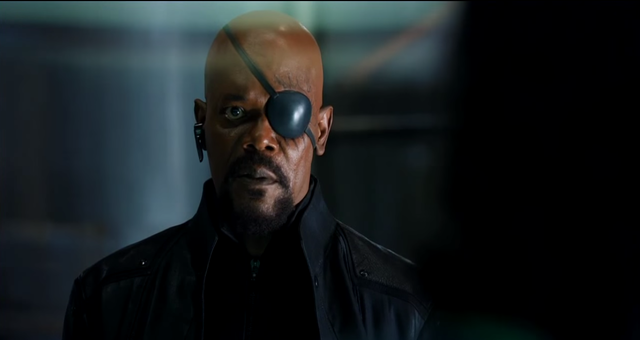 Marvel’s monstrous 2012 hit, which earned over $1.5 billion worldwide, also features Samuel L. Jackson as Nick Fury, the director of S.H.I.E.L.D. This role, too, is more substantial than his other Marvel roles that preceded it.

Marvel’s The Avengers is about an initiative that Fury helps work on which brings the world’s best superheroes together to keep the peace. They are: Captain America (Chris Evans), Thor (Chris Hemsworth), Iron Man (Robert Downey Jr.), Hulk (Mark Ruffalo), Black Widow (Scarlett Johansson), and Hawkeye (Jeremy Renner). The team unites to bring down Loki (Tom Hiddleston), who has created a wormhole to Earth and plans to take the planet over. He can also enslave different figures with the Tesseract.

The film boils down to a massive battle in New York City, and the Avengers must protect the city and its frantic civilians. The morally laudable Fury expresses his confidence in the Avengers initiative, which has an effect on the 2015 film, Age of Ultron, where he rises against all odds to protect his team of superheroes.

Marvel’s The Avengers is certified fresh and holds a 92 percent rating on Rotten Tomatoes. On the film, Ian Bunting, of the Daily Record (UK), writes, “Is Avengers…the best comic book film ever? That’s a tough call but it’s certainly the most exciting, and a true epic moment in cinematic history.”