Sarah Jessica Parker and Kim Cattrall: A Look Behind Their Ugly Celebrity Feud

In February 2018, the ongoing years-long feud between Sarah Jessica Parker and Kim Cattrall hit a new level of nasty following the tragic death of Cattrall’s brother.

After the series wrapped in 2004, Sex and the City fans learned that the former co-stars weren’t exactly best friends, like their characters were in the HBO series. In fact, Cattrall publicly stated that they didn’t have a relationship other than just co-workers, despite Parker’s repeated claims that they were friends.

If you thought now, since so much time has passed, that any old wounds had healed, Cattrall proved that’s not the case when she slammed Parker for sending condolences after her sibling was found dead. Here’s more on that, which castmate has chosen whether to be on Team Sarah or Team Kim, and what this all means for SATC 3.

Cattrall claims she never wanted to do a third movie 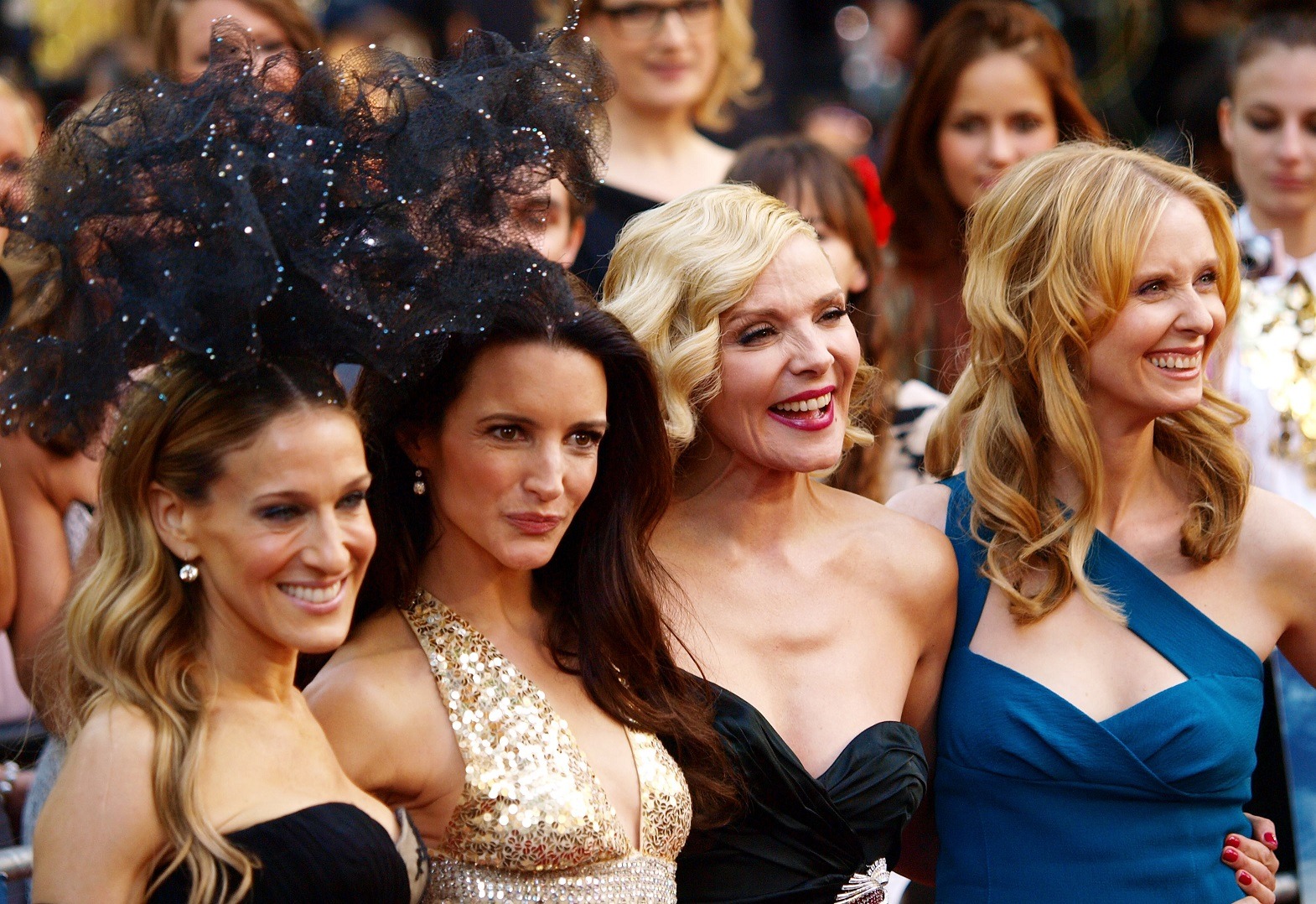 Sarah Jessica Parker, Kristin Davis, Kim Cattrall and Cynthia Nixon at the premiere of Sex and the City 2 in London, on May 27, 2010. | Max Nash/AFP/Getty Images

One of the reasons their feud has been ongoing is because while the series was still filming, there were rumblings that Cattrall was at odds with the Parker and they would not speak to each other off camera after Parker’s pay raise.

“Sarah was becoming more and more famous, and her salary increased beyond what was contractually committed, which is normal for hit shows,” former HBO CEO Chris Albrecht said.

It was reported that was always a contentious point for Cattrall, and she pulled out of filming the third installment of SATC after her demand for more money was not met. However, while on Piers Morgan’s Life Stories in October 2017, the actress insisted those reports were not true at all and added, “I just wish that Sarah had been nicer.”

Next: Were they ever friends?

Cattrall says she and Parker were never friends 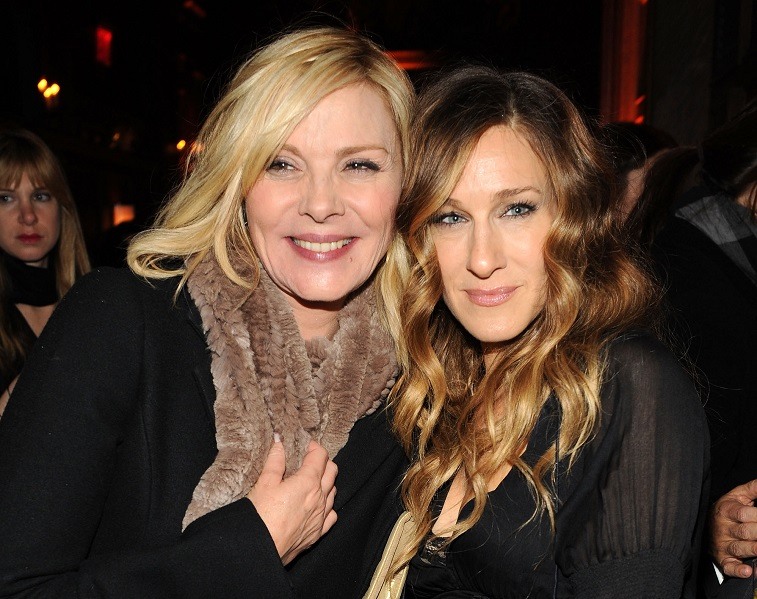 During that same interview with Morgan, Cattrall set the record straight once and for all that she and her SATC castmates weren’t anything close to the four best buddies they played onscreen.

“We’ve never been friends … They all have children and I am 10 years older, and since, specifically, the series ended, I have been spending most of my time outside of New York, so, I don’t see them,” Cattrall explained. “The common ground that we had was the series, and the series is over.”

The actress admitted to being disappointed that none of the ladies have tried to connect with her over the years.

Next: Did Parker see things differently?

Parker was hurt by Cattrall’s comments 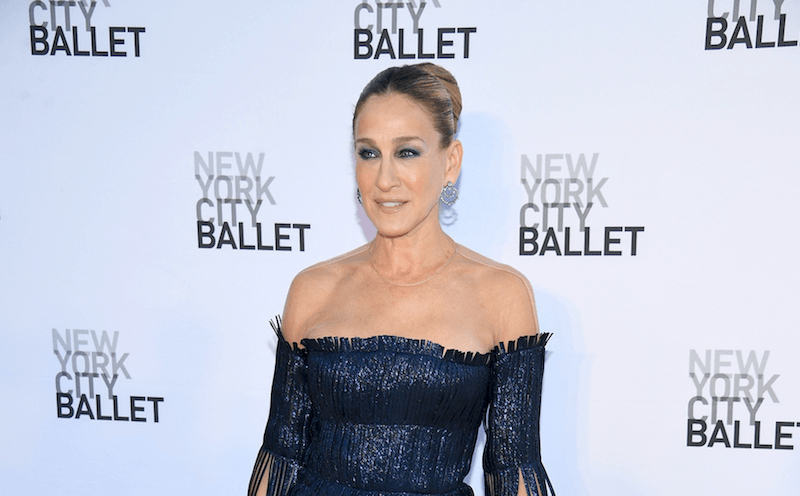 Sarah Jessica Parker was “heartbroken” when she heard what her former co-star said. | Dimitrios Kambouris/Getty Images

A few months after Cattrall’s comments that she and her former colleagues weren’t ever friendly, Parker did a sit down on Watch With Happens Live With Andy Cohen and revealed how she felt hearing those remarks.

Just heartbroken. I mean, that whole week, you and I spoke about it endlessly, because I was just, I don’t know, I found it very upsetting because that’s not the way I recall our experience. It’s sad, but I always think that what ties us together was this singular experience. It was a professional experience but it became personal because it was years and years of our lives, so I hope that that eclipses anything that’s been recently spoken. That many years spent doing something so special that people had a connection with it is such a privilege.

Next: Why did Parker want to reach out to Cattrall? Although it seemed pretty obvious after her appearance on Morgan’s show that Cattrall didn’t want anything to do with her former co-star, Parker reached out to her when tragedy struck.

On Feb. 4, 2018, Cattrall announced via social media that her brother, Chris, was found dead. Parker then commented on the post, writing, “Dearest Kim, my love and condolences to you and yours and Godspeed to your beloved brother. Xx.”

The Divorce star said that she felt the need to reach out because “if somebody in your life, whether you’re in touch with them or not, [is] suffering for any reason, it’s involuntary that you want to convey condolences or sadness or just let someone know you’re thinking about them.”

Next: Did that “involuntary” move deserve this reaction? 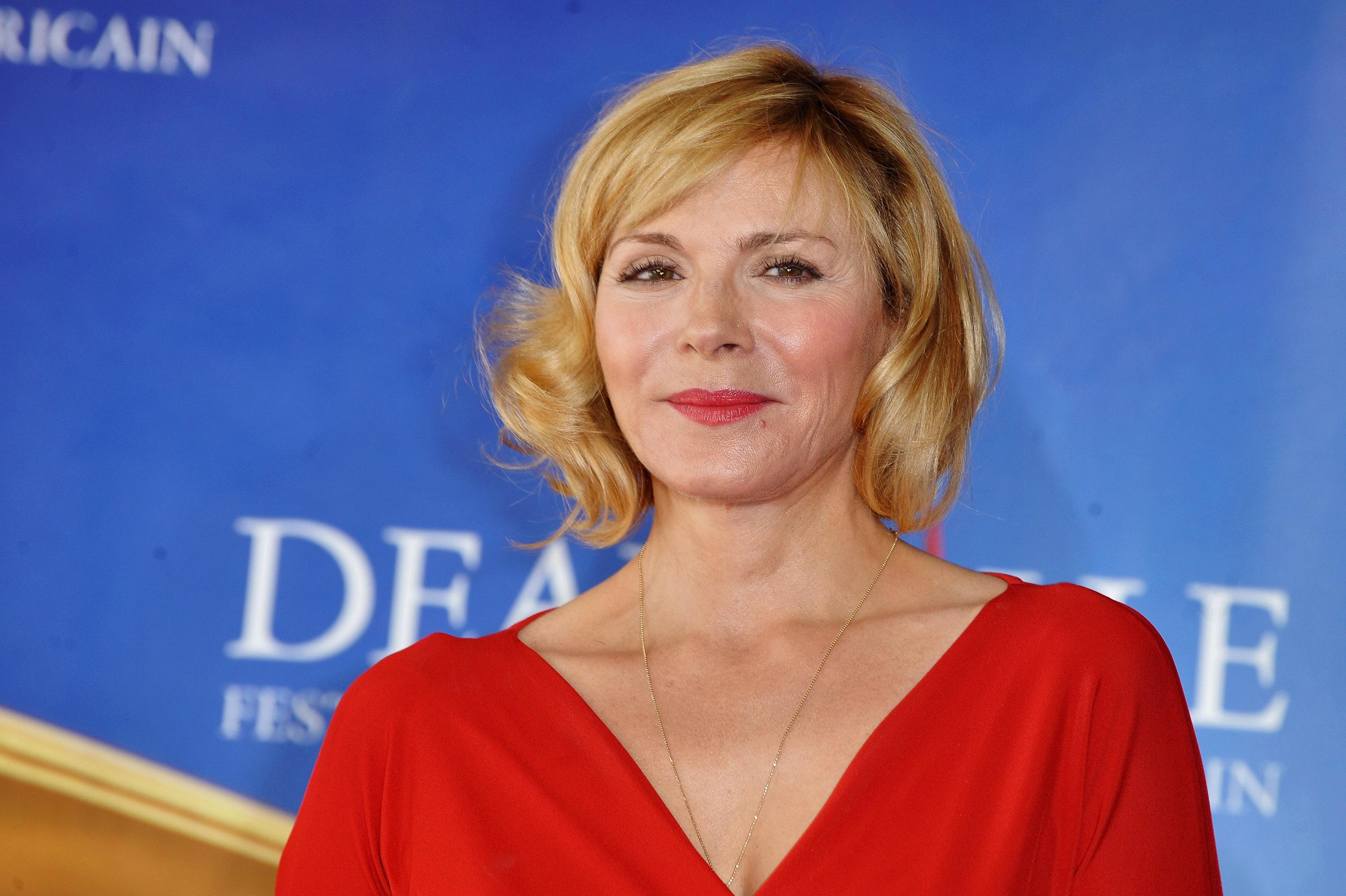 Even though they weren’t on speaking terms, Cattrall’s reaction to Parker’s condolences was a bit shocking. The actress wasn’t touched by her fellow SATC alum’s condolences — in fact, she was angry and slammed Parker for reaching out.

After writing that she didn’t need her former co-star’s “love or support,” she added a caption calling her a “hypocrite”  and making it “clear” once and for all that they are not friends.

Next: There’s no bad blood between this other Sex and the City star and Cattrall. 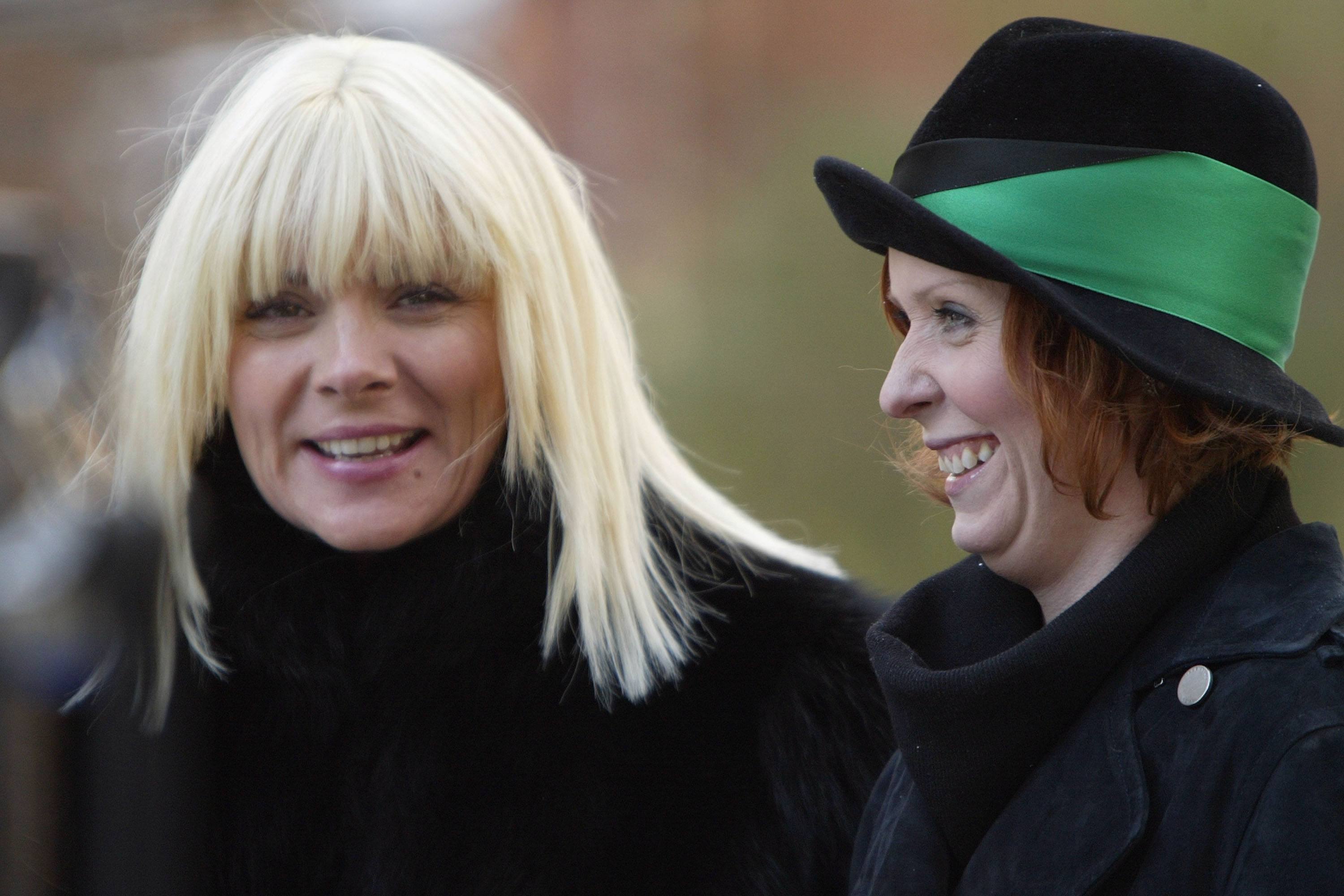 Aside from Parker, Cattrall did thank her other SATC castmates, including Cynthia Nixon, who also contacted her via social media. “Hey, Kim such awful news. So sorry to hear. Sending you love. XO,” the actress who played Miranda Hobbes wrote.

Interestingly, Cattrall accepted Nixon’s condolences and replied to her without the hostility she had towards Parker writing, “Cynthia, hearing your voice meant so much to me. Thank you for reaching out. Love Kim #SexandtheCity.”

Next: Another SATC star has chosen a side. 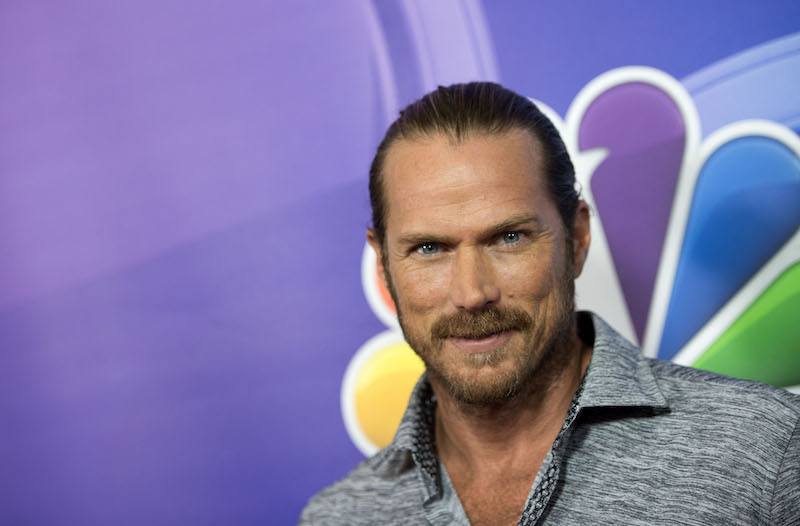 Jason Lewis played Cattrall’s longtime love in the series and first movie as Smith Jerrod, but he’s chosen a side and it’s not Team Kim. During an appearance on KTLA on Feb. 22, when Lewis asked about the ladies’ feud, he admitted that he was on Team Sarah.

“If you can’t say something nice don’t say anything at all,” Lewis said, before adding, “Listen, I have to say that Sarah was always just so lovely and such a consummate professional and I think that people should remember their graciousness and the things that have been given to them.”

When the anchor asked if he was definitely on Team Sarah, Lewis replied, “I might just have to say yeah.”

Next: Could there still be a SATC 3 without Cattrall?

SATC 3 could happen without Cattrall 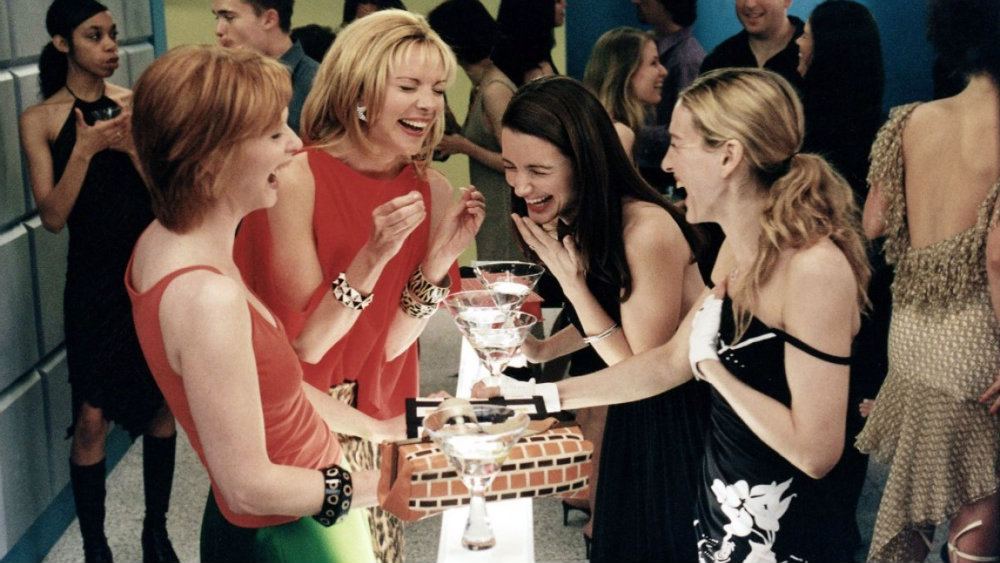 Would they consider replacing Cattrall? | HBO

We now know that if there is ever a SATC 3 that Cattrall will not be part of it. So, who would replace Samantha Jones?

Well, Cohen threw out the name Sharon Stone, which Parker thought was a “really interesting idea.” As of now though, SATC 3 isn’t happening and just remains something fans are holding out hope for, especially since Parker hasn’t closed the door on the idea.

I feel like I’ve been saying the same thing for so long because we were going to do [Sex and the City 3] and then we didn’t and that’s perfectly alright. And I have to say there has been no substantive conversation since it was determined that we didn’t. But I also know [director and writer] Michael Patrick King and I know what a brilliant storyteller he is and magnificent, magical writer he is so I would never put it to rest because his brain works in wonderful, surprising ways.