‘Scandal’: All the Ways the Drama Made Its Mark on TV

Scandal is over after seven seasons and it ended on a high note, featuring a crossover episode with Viola Davis of How to Get Away With Murder. The show has had its stumbles along the way from Olivia Pope (Kerry Washington) having a tumultuous affair with married President Fitzgerald Grant (Tony Goldwyn) to him finishing up his presidency and her leaving the White House on bad terms.

The Shonda Rhimes show was full of drama and some might have called it soapy at times. But its best moments rivaled television’s most critically acclaimed shows, and it made history through its characters. It gave way to more characters who look like Olivia Pope to lead network shows and to other networks taking on more controversial topics.

Here are seven ways Scandal has made its mark on television.

1. It brought the first African-American female lead to network drama in almost 40 years 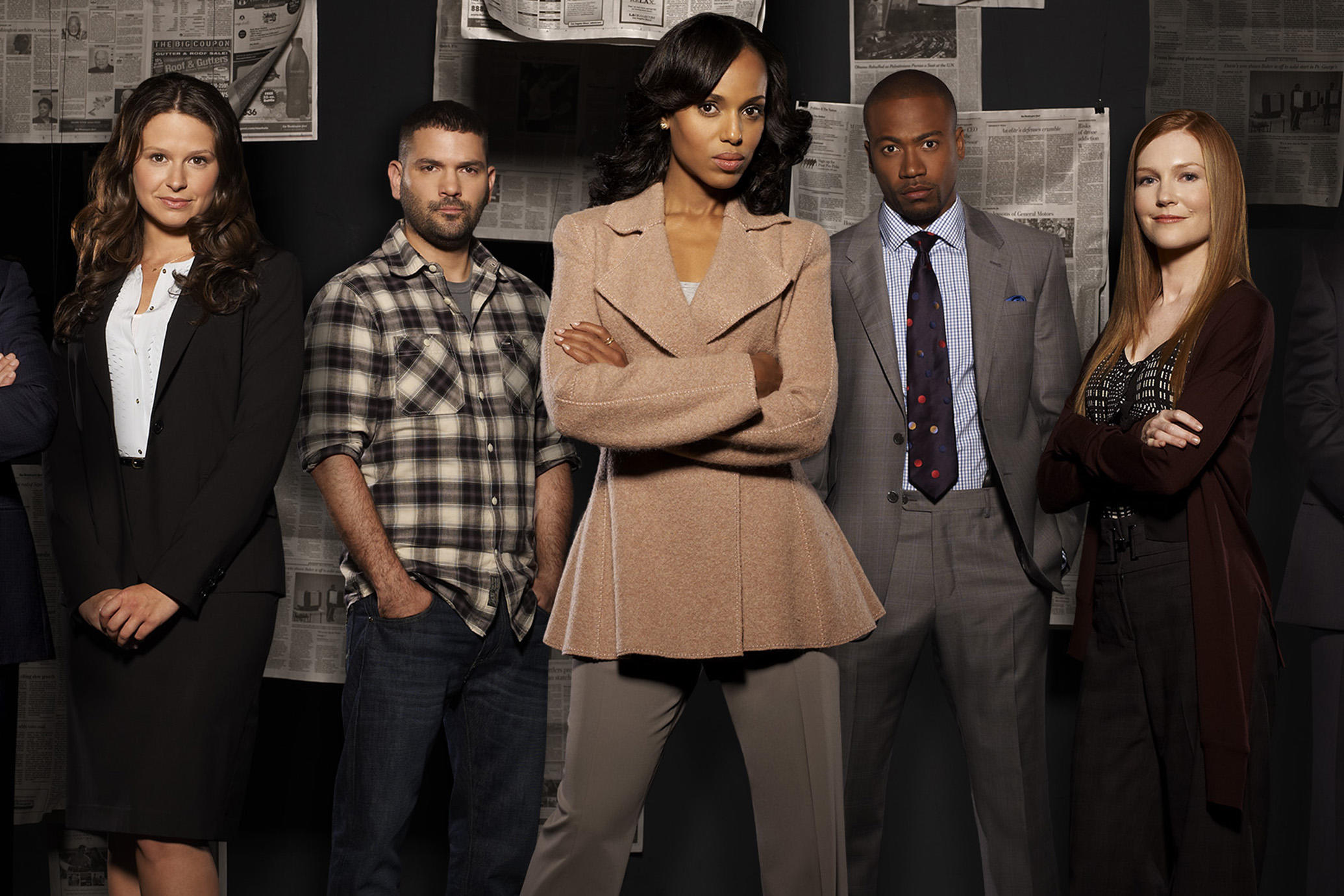 Kerry Washington made history as the lead of this show. | ABC

Since Olivia Pope graced our television, Shondaland has launched another network drama led by a black woman with Viola Davis in How To Get Away With Murder. So it might be easy to forget how big of a deal it was for Kerry Washington to portray a lead on network television.

It was the first time in almost 40 years for it to be done on a network drama. The first time was Teresa Graves playing an undercover cop in Get Christie Love!, which debuted in 1974.

“I think the success of the show speaks to how we have become more inclusive as a society because the fans of the show span all different races and ages and genders,” Washington wrote in an email, according to The New York Times. “It’s very exciting.”

Next: This actor brought the best kind of acting to television. 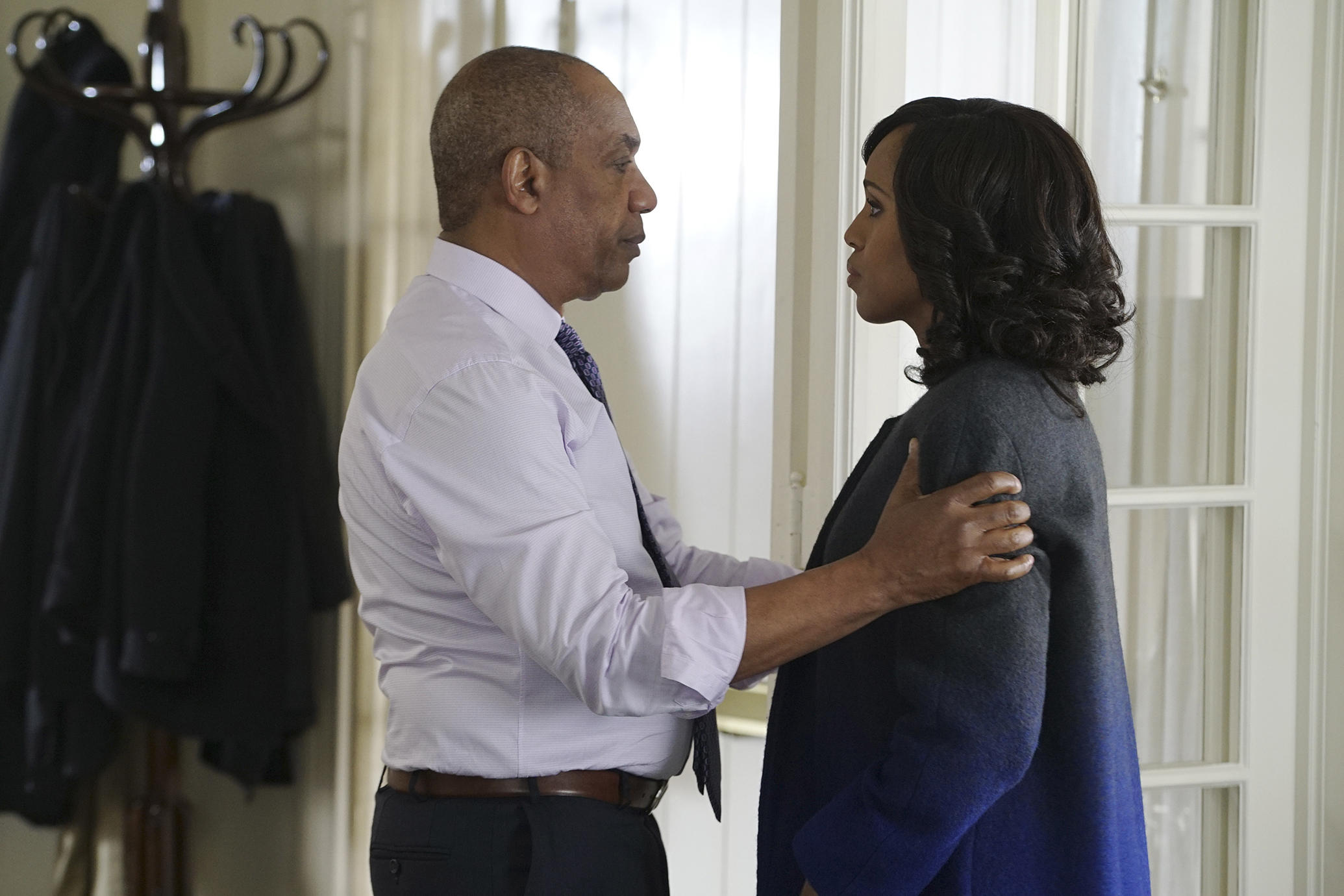 Rhimes is known for her quick monologues and sometimes, they fall flat. But Joe Morton was nominated, then later won an Emmy because of his Shakespearean delivery of the words on the screen. His character, Rowan Pope, was sometimes despicable, but other times relatable.

There were many black people who heard his scolding of Olivia saying, “You have to be twice as good as them to get half of what they have!” and knew the scene wasn’t just dramatic, but very real, since many parents give that speech in real life. His character was complicated and will be missed.

Next: The show always brought a balance to these two important things. 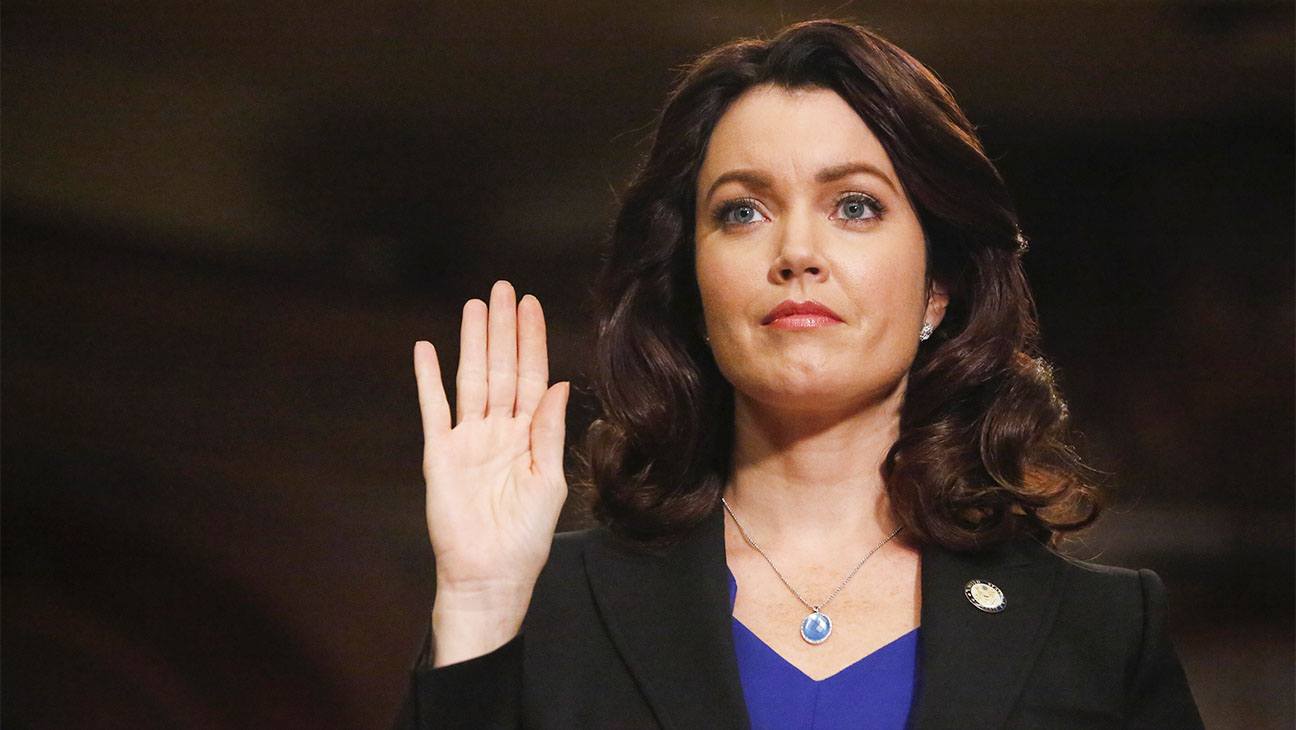 Given Olivia Pope’s ties with the White House, there were a lot of real political scandals that made it into the show. Some of this led to commentary on how women and people of color are treated in politics. But the show has also balanced its real-life theme with some escapism.

For example, it looked like Mellie Grant was going to lose her election to the presidency, but she became the first female president against all odds — which gives a much more hopeful ending for fans who experienced the 2016 presidential election. Actress Bellamy Young told Refinery29:

I really do feel so fortunate to have the fire and pure instincts to move a conversation forward, to be able to speak for Shonda and our writers, and officially acclimate America to the idea of a woman in power. Because it turns out, we were all a lot more uncomfortable with that than we realized, and we’re behind the world in that regard.

Next: All of the female characters did this on the show.

4. All of the female characters bunked typical gender roles 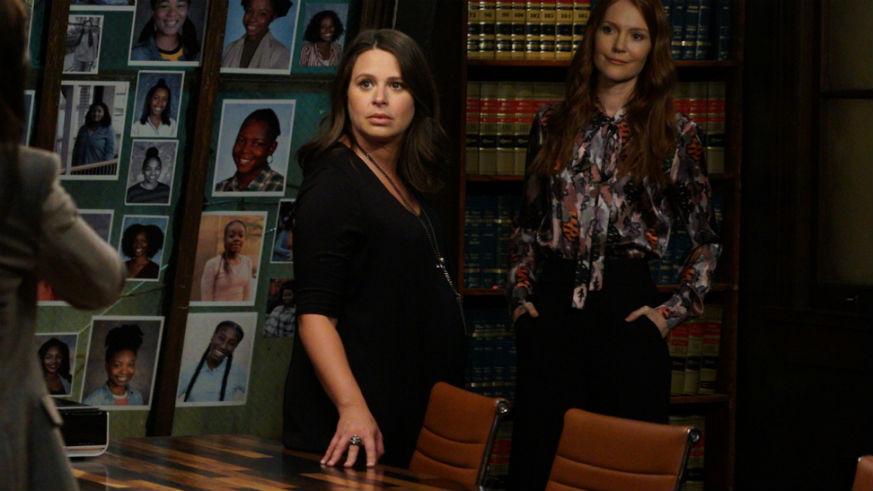 All of the female characters on Scandal are flawed, but powerful. | ABC

Mellie Grant wasn’t the only woman defying what society says about women. Quinn Perkins goes from being a victim and having her life taken from her to having a new career that involves getting her hands dirty for the greater good. Abby Whelan goes from an abusive marriage to becoming the Press Secretary at the White House.

All of these women have dealt with the pressure of feeling ashamed for their decisions. But they push ahead unapologetically.

Next: Olivia Pope making this decision on television was a big deal.

5. The show didn’t shy away from its hero getting an abortion 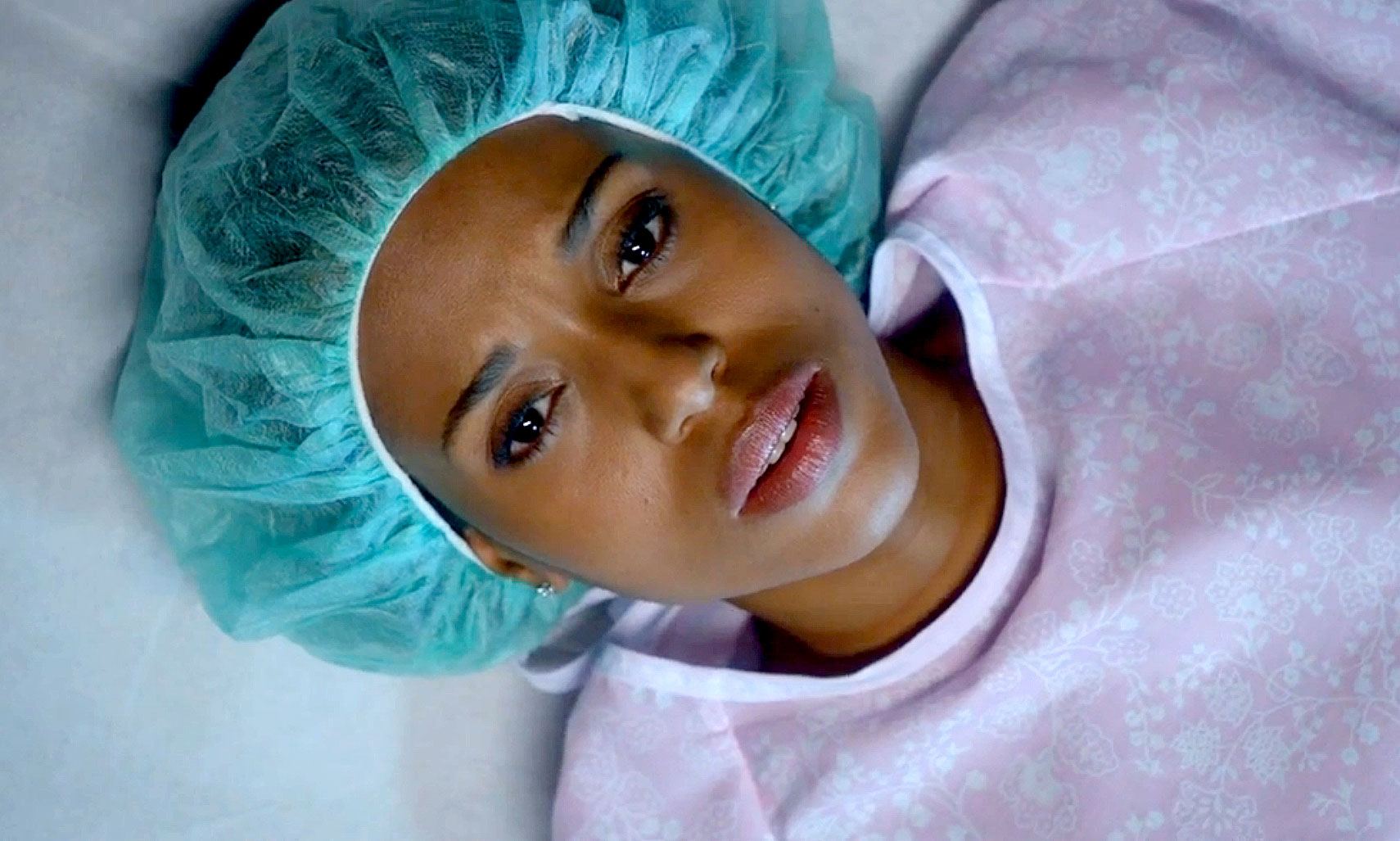 Olivia Pope had to make this very real decision on Scandal. | ABC

Rhimes is known for not shying away from featuring abortion on her network shows. She previously had Cristina Yang on Grey’s Anatomy get an abortion and move on with a happy life. So it wasn’t exactly a first when Olivia Pope also got an abortion in a midseason finale.

Again, the character was able to carry on her life and wasn’t punished for it. The show was able to continue flourishing. Hopefully, Rhimes returning to these type of choices will encourage other shows to explore these decisions more in pop culture.

Next: Cyrus Beene is a character television needed.

6. It brought a different type of gay character to television 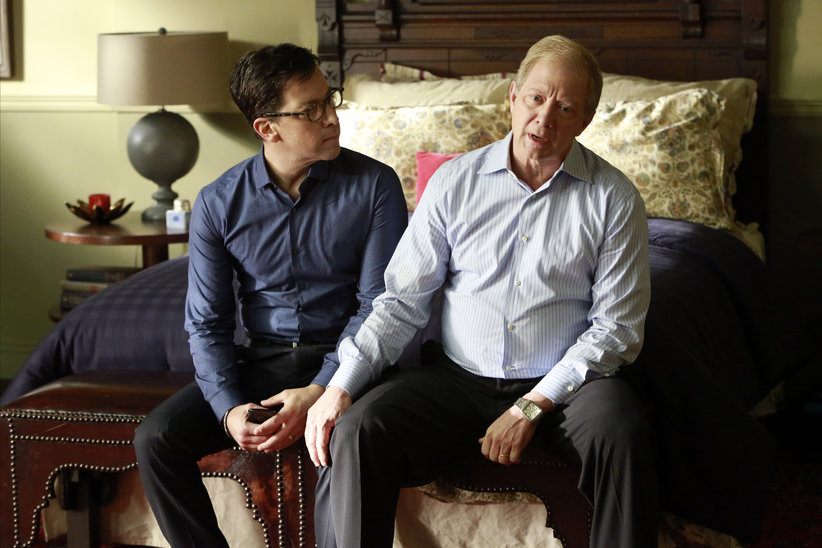 Cyrus Beene is such a complicated character, and he has been one of the most interesting to watch because of it. He’s a gay man who has political ambitions. Sometimes, the show has addressed the struggle in that, but it’s also made the great choice of moving beyond it.

Most of the time, this character was ruthless, but he also had a more human side. His fragile friendship with Olivia Pope made sense because they were both outsiders to the mostly white, straight world of politics. Plus, while Cyrus’ ambitions often led to his undoing, he got back up every time –which has been such a great journey to watch. Throughout that time, he was always a little bit vulnerable, especially through his attempts to find love.

He is such a unique and full character that will leave a big void on TV after Scandal is done.

Next: This crossover with this show should always be remembered.

7. It stepped up the crossover game 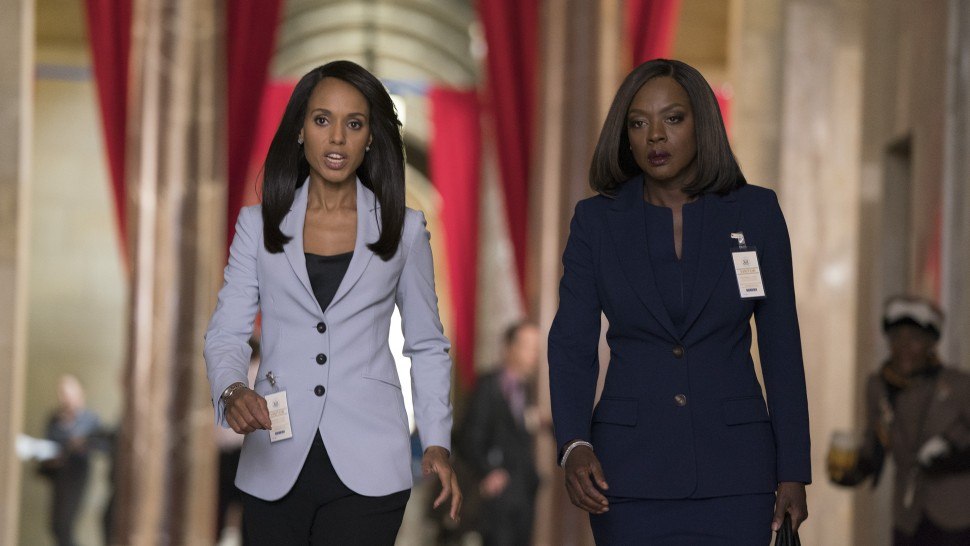 It was huge news when it came out that Scandal and How to Get Away With Murder was doing a crossover event. Fans mostly just wanted to see powerhouses Olivia Pope and Annalise Keating in the same scene together. Instead, the event did a lot more.

The event was about redemption for both of our complicated characters who haven’t done right by the people around them for a long time. It was about two black women having frank and open discussions together. It saw them take on our unjust legal system for not providing all defendants with a robust defense, no matter the color of their skin or class.

Seeing these women argue this class-action lawsuit at the Supreme Court was a cinematic dream, which will hopefully inspire people to make it a reality one day.