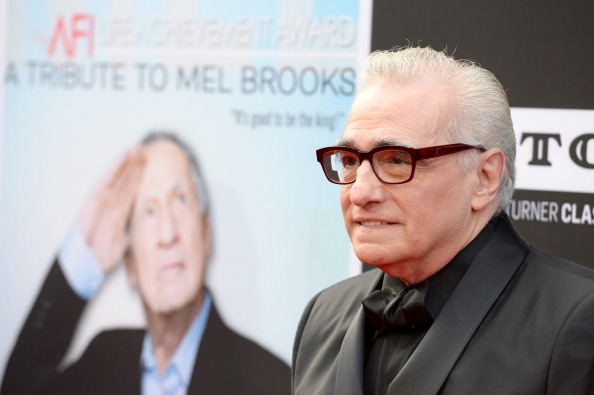 The series will examine the music scene in New York City in the 1970s, as both the disco and punk genres were developing, and promises lots of sex and drugs and rock and roll. Bobby Cannavale is set to play record company executive Richie Finestra. Comedian Ray Romano will play Finestra’s right-hand man, Zak Yankovich, a guy with years of experience working in the music industry. Olivia Wilde will play Finestra’s wife, Devon, who is described as a former actress and model who enjoys living a bohemian lifestyle.

Juno Temple will play a character named Jamie Vine, an ambitious employee in the A&R department of Richie’s label. Max Casella will play her boss in that department, Julian “Julie” Silver, and Jack Quaid will play another executive in A&R named Clark Morelle. Earlier this week, Deadline reported that The Wolf of Wall Street’s PJ Byrne is joining the show as Richie’s partner, Scott Levitt.

All of those cast members had been previously announced. According to a new report from Deadline, the latest additions are Joe Caniano, Andrew “Dice” Clay, Ato Essandoh, Robert Funaro, James Jagger, Birgitte Sorenson, and J.C. Mackenzie. Caniano will play Leo, Richie’s chauffeur and confidante. Clay is set to play Frank “Buck” Rogers, an “obnoxious” cocaine addict who owns a chain of radio stations. Essandoh will play a character called Lester Grimes, a singer who used to work with Richie. Funaro will play mob boss Tony Del Greco. Mick Jagger’s son James will play Kip Stevens, the lead singer of the punk band the Nasty Bits. Sorenson will play Ingrid, Andy Warhol muse and friend to Devon. Mackenzie will play Skip Fontaine, the head of sales for Richie’s record company.

Deadline first reported on a music history-based project from Winter, Scorsese, and Jagger in 2010, though at that time it was going to be a film rather than a television series. Scorsese and Winter have previously collaborated on the film The Wolf of Wall Street as well as another series for HBO, Boardwalk Empire. Scorsese and Jagger have worked together on Scorsese’s concert film of the Rolling Stones, Shine a Light.

Pursuing the project as a television series rather than a movie gives more freedom to explore longer and more detailed story lines from the different characters. Given the current “golden age” of television, the small screen has been providing challenging and risky film projects, enough to attract a legendary director like Scorsese to a medium that in the past has been considered second rate compared to big-screen feature films.

The series has already begun shooting in New York City, and the paparazzi snagged some photos this week of Scorsese directing a scene in which Essandoh’s character is beaten with a baseball bat, per The Daily Mail.

Given the massive talent involved in the project and the subject matter, this series is shaping up to be a cool hit that will likely do well with critics and audiences.