Sean Spicer and More Crazy Moments From the 2017 Emmy Awards 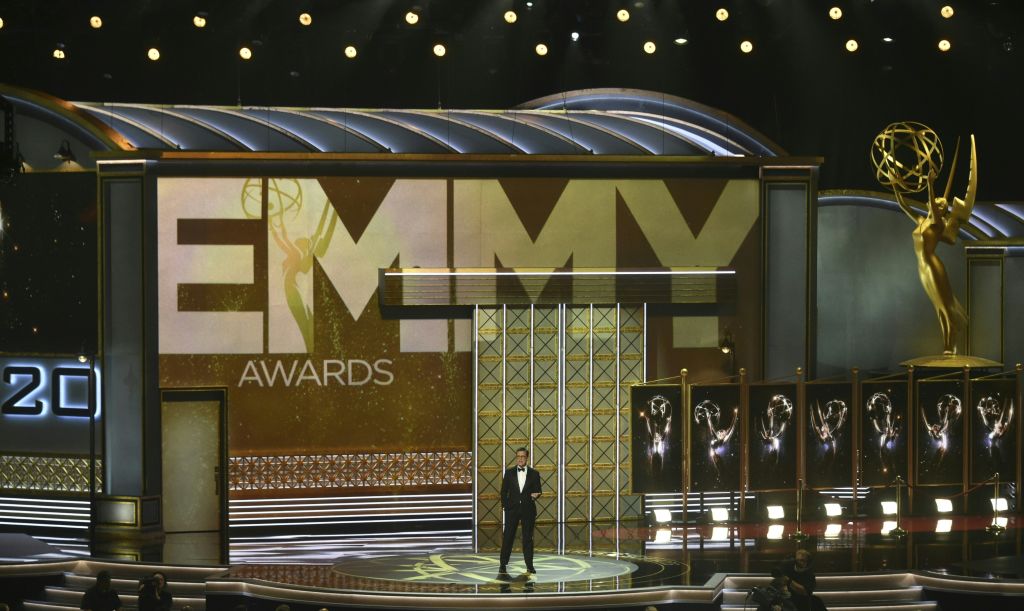 Every year, the Primetime Emmys draw in a bigger and better crowd, as TV programming is the best it has ever been. Last night, the crowd was moved to cheers, jeers, and tears in a groundbreaking ceremony not to be forgotten.

With host Stephen Colbert at the helm, the 69th Emmys was quite the show. Here are just seven of the highlights from this talked-about event.

Award shows have gotten increasingly political over the years, and this year was no different. Stephen Colbert didn’t hold back from addressing Donald Trump’s administration and the state of emotional distress in the U.S.

While many of Colbert’s jokes seemed to strike an agreeable chord, one was a swing and a miss. During his opening monologue, Sean Spicer, the former White House Press Secretary for Trump, was brought out on stage, where he made a joke about the number of attendees at the president’s expense.

The audience was understandably taken aback, including Melissa McCarthy, who played Spicer on the night’s Variety Sketch Series winner, Saturday Night Live, this past season. Twitter was similarly outraged and upset that, despite his previous hateful comments, he was seemingly forgiven by being invited to such an event.

While there were plenty of exciting moments in the early hours of the program, it wasn’t until midway through that things really began to pick up. When Lena Waithe won for Best Writing for a Comedy Series for the Master of None episode, “Thanksgiving,” she and the show’s creator Aziz Ansari took the stage for a memorable moment.

Waithe is the first black woman to win this award, and she was quick to point out the diversity of the duo on stage in her speech. “[F]or everybody out there that showed so much love for this episode, thank you for embracing a little Indian boy from South Carolina and a little queer black girl from the South Side of Chicago,” she said.

Another major win came earlier in the show when Donald Glover became the first black director to win the award for Best Directing for a Comedy Series for Atlanta. But it was Glover’s second speech, for his Best Actor award, that really stood out.

After thanking the usual suspects — his family, the network, the Academy — Glover went on to thank the last person you’d expect: Trump. “I want to thank Trump for making black people No. 1 on the most oppressed list. He’s the reason I’m probably up here,” Glover said wryly.

Riz Ahmed had a landmark win as well

Shortly after Ansari’s show took home an award, another man of South Asian descent was honored: Riz Ahmed. The actor, who was actually nominated in two separate acting categories, has been making major waves over the last few years.

When he accepted his award for Lead Actor in a Limited Series for The Night Of, Ahmed said, “[I]f this show has shown a light on some of the prejudice in our society, Islamophobia, some of the injustice in our justice system, then maybe that’s something.”

Following Ahmed was Nicole Kidman, who accepted the award for Lead Actress in a Limited Series for her part in Big Little Lies. No stranger to the awards circuit, Kidman gave a long-winded speech in which she thanked her family, but also shone a light on the material of the show.

Kidman explained that she was happy she could tell her two young daughters that she was busy with a project that highlighted a major issue: domestic abuse. “It exists far more than we allow ourselves to know. It is filled with shame and secrecy. And by you acknowledging me with this award, it shines a light on it even more,” the winner said.

Sterling K. Brown got cut off, but kept going backstage

In another celebrated moment of the night, Sterling K. Brown became the first black man in almost two decades to win the award for Lead Actor in a Drama Series. Brown, in a vibrant, impassioned speech, remarked on this, thanking the man in question, Andre Braugher.

The This is Us actor went on to thank the cast and crew of the show, but was eventually cut off by the orchestra music. Backstage, he continued his speech, acknowledging his wife as well as the series’ creator, Dan Fogelman, who he said is “not trying to make America great again, he’s trying to make it the best it’s ever been.”

Often, award recipients get so excited that they forget (or don’t care) about the network TV censors. When Elisabeth Moss accepted the second-to-last award of the night for her lead role in The Handmaid’s Tale, she did just that.

After one initial curse when she first reached the stage, Moss collected herself and continued, before flubbing once more. She thanked her mother, who attended the ceremony with her, for teaching her to “be kind and a f***ing badass.” Later, Moss admitted, “[T]hat was the clean version.”