From the moment it first aired in the fall of 1975, Saturday Night Live has been an explosive staple on American television. It is the series that discovered comedic giants like Tina Fey, Eddie Murphy, and Will Ferrell. Over forty years later, the show is still mining talent from the next generation. We’ve watched the most iconic sketches and musical performances from the series, but the mastermind behind it all has been the series’ creator and executive producer, Lorne Michaels.

A giant at NBC, the man who is now in his 70s has little time for fuss and fanfare. After all of these years, Michaels is content to work tirelessly behind the scenes working on the show and then sending out his comedians into the world to reign in explosive blockbusters and television series. Here are some secrets you never knew about Lorne Michaels.

1. All about the laugh

The Canadian-born Michaels got his start in show business in the ’60s. He first worked in Toronto for CBC Radio as a writer and broadcaster before heading out West to Los Angeles to work as a writer on the series Laugh-In and The Beautiful Phyllis Diller Show. Since Michaels’ work extends back so far, he’s very specific about comedy and not letting it get too prestigious. SNL has survived for so long because every-day people can find an entry point into it.

Michaels once said, “I’m always very fearful when academics get ahold of comedy. Comedy is such a clear thing—people laugh, or they don’t laugh. It’s involuntary.”

Next: An an alternative career

A career in comedy was never something that Michaels had on his radar, but he knew showbusiness was calling him. The entertainment industry was in his blood since his grandparents owned a movie theater. He told The Hollywood Reporter, “I liked making my friends laugh and did sketches for a talent show in 10th grade. But I don’t think I thought about a comedy career. I actually wanted to direct The Graduate.” 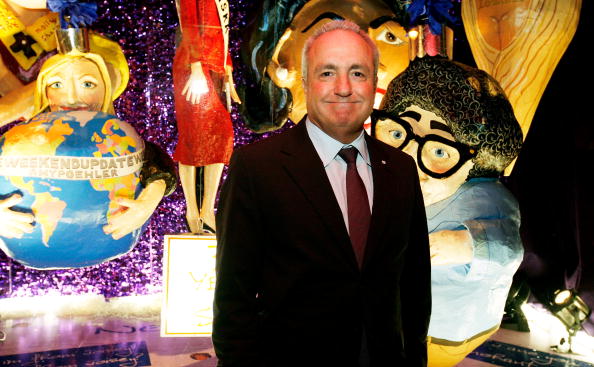 Though Michaels takes a great deal of pride in his career and the work that he’s done, there is still one moment in his career that he is not especially proud of. After leaving Canada, one of his biggest gigs was on the series, Laugh-In. It was a sketch comedy show hosted by Dan Rowan and Dick Martin that ran from 1968-1973. Though he got high praise for his writing, Michaels thinks his work was dreadful.

He explained, “I got an Emmy nomination for Laugh-In, but I felt like I was standing next to the guy who gets shot and you both get the Purple Heart.”

Next: An actress who gave him the push he needed

4. The most influential person in his life

Laugh-In was not great for Michaels and in the end, he packed his bags and went home to Canada for a break. It was back in Toronto when he had a chance meeting with the legendary Lily Tomlin who changed his life forever. Now, Michaels has only had the best things to say about the Grace & Frankie star.

Michaels explained to Rolling Stone, “Lily looked at my stuff from Canada and asked me to work with her. The first time we met, we spent about seven hours talking. She was probably the formative influence on me. She was the first person I met who really cared about quality and getting it all right. At a point when I had very little self-confidence, she said, “I appreciate you, and I appreciate your work.”

Next: A warm welcome to New York

5. The perfect introduction to NYC 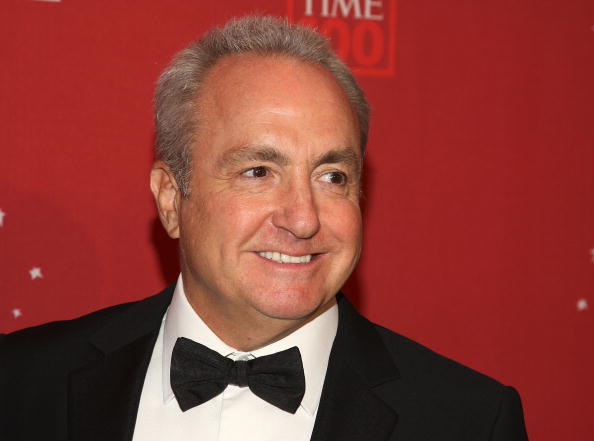 New York City can be intimidating to anyone, even a legend like Michaels who arrived in the city in the mid-70s to premiere SNL. He was unsure that leaving the West Coast for the gritty concrete jungle was the right choice. Luckily, the industry titan had the perfect person to show him around the Big Apple. Legendary singer/songwriter Paul Simon took him out for his very first night on the town.

Michaels revealed, “One night after I had been at my new [SNL] office for a couple of weeks trying to figure things out, Paul Simon, whom I knew a little, called and asked me if I wanted to come by the studio where he was working. He played me three or four tracks from his record Still Crazy After All These Years. Afterward, we went out and got something to eat (you could do that in New York) and talked into the night. More and more, I knew I had made the right decision.”

Next: Not playing favorites

6. Keeping politics out of it

Though the cast has always been more liberal-leaning, Saturday Night Live has always been a place for everyone on either end of the political spectrum to tune in. Both liberal and conservative guests have appeared on the show. If your a public figure you’re probably going to get made fun of, no matter who you are.

Michaels has been so crafty because he’s a registered Independent. He explained, “Our job—and it sounds too grand to say, and none of us ever say it—is speaking truth to power. I’m registered as an Independent, not because everything that we do would be undermined if we were partisan—Jon Stewart has that role. Us? Theoretically, whoever it is in power, we’re against them.”

Next: A lifetime of shenanigans

7. A security breach at the White House

The 1970s were a wild time across the globe, so obviously Michaels and the then-cast of SNL got into their share of shenanigans. During an episode of Jerry Seinfeld’s Netflix series, Comedians in Cars Getting Coffee Michaels talked about one particular incident that involved, John Belushi and The White House.

Apparently, Michaels, Belushi, and Dan Akroyd were invited to Pensylvania Ave to meet President Gerald Ford. However, Belushi didn’t exactly come prepared since he left his ID at home. Michaels recalled, “I said, “You don’t have I.D.?” Then the security guard looks up and notices that it’s John [Belushi] and said, “I know who he is, it’s fine.”

We don’t think this could ever happen today.

Next: The comedians he didn’t hire 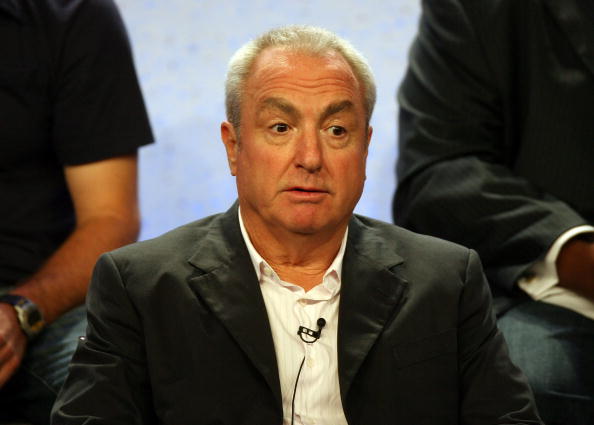 Through the decades, Michaels has seen and hired comedic legends for SNL. However, even he has had some regrets about people that he’s overlooked and cast to the side. He greatly regrets not hiring,  Lisa Kudrow, Jim Carrey, Stephen Colbert, and Steve Carell. Reflecting back, he explained to Time Magazine, “There were lots of people who you’d see how brilliant they were but you knew on some level that it wasn’t going to work. No one gets it all right.”

Next: The real thing

9. Looking for something and nothing at all

Upcoming comedians and perspective SNL cast members are always trying to figure out what Michaels is looking for when they are offered a chance to audition for SNL. However, it looks like the executive producer and writer isn’t actually looking for anything specific.

Next: A preferred host

Except for a few folks which he’s banned from ever hosting SNL again, Lorne Michaels doesn’t play favorites when it comes to who comes into host the show. However, he might have a preference. Former castmember Kevin Nealon revealed that Michaels loves when athletes come on and host, and it’s not for reasons you would think. He explained. “Lorne Michaels loved them because they always knew where to hit their mark because they’re used to being told where to go on the field. When you tell them to go right there, they’re gonna be there.” 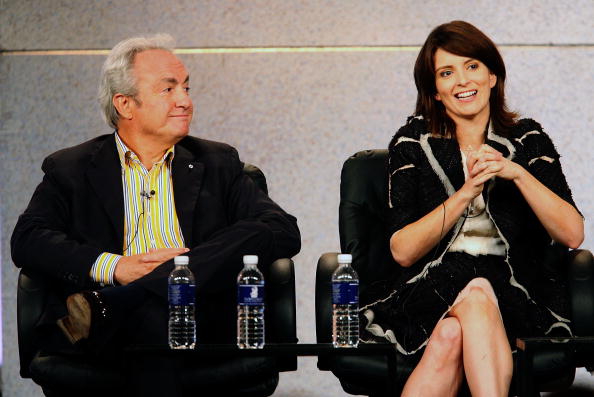 Michaels isn’t simply some aloof figurehead or the big bad boss of those who have come up and gone through the staff at Saturday Night Live. In fact, he sees his role as a bit more intricate than that. On WTF with Marc Maron, Michaels explained, “I see my specific talent as moving it forward, getting the best out of everyone that I can, and encouraging a climate in which brighter ideas prevail and in which chance is part of it, and encouraging people and discouraging people.”

Next: A life behind the scenes 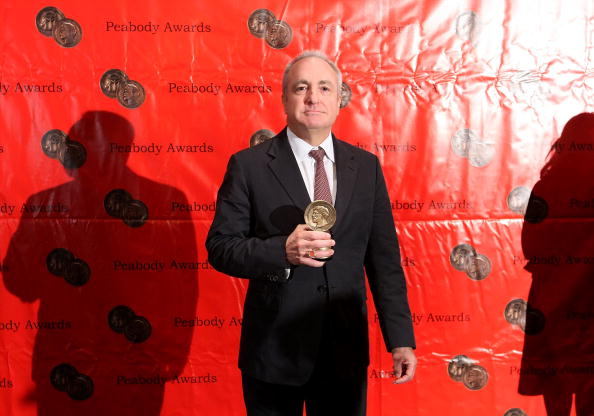 Though Michaels has done some interviews here and there over the course of his career, he has really taken a step back and let his comedians shine in the entertainment industry. He isn’t exactly a fan of the spotlight. In fact, when he was offered the opportunity to host his own Apprentice-style show in the early 2000s, he turned it down flat.

He explained, “It was the Scott Sassa era at NBC, and they wanted me to do a Trump thing. I would have liked the money, but I didn’t want to be that. I can’t have cameras in here between dress and air. I need that freedom.”

Next: The dictator of comedy 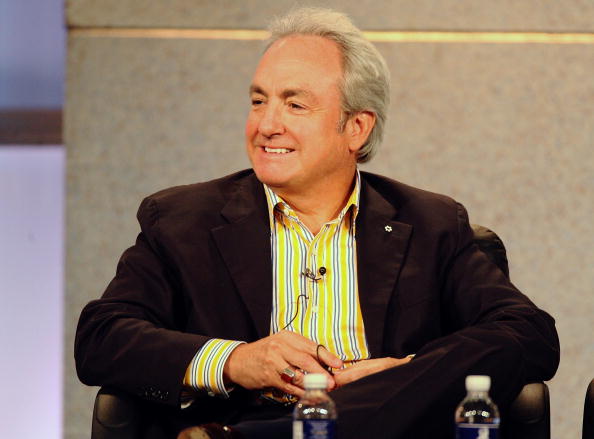 Over his many decades in the business, Michaels doesn’t exactly have a reputation for being the Willy Wonka of comedy, and he’s self-aware enough to understand why folks call him an evil dictator who enjoys playing mind games. However, he told Marc Maron that he’s just doing the best he can with the talent that he has. The comedy business is rough, but Michaels’ success rate shows that he’s doing something right. 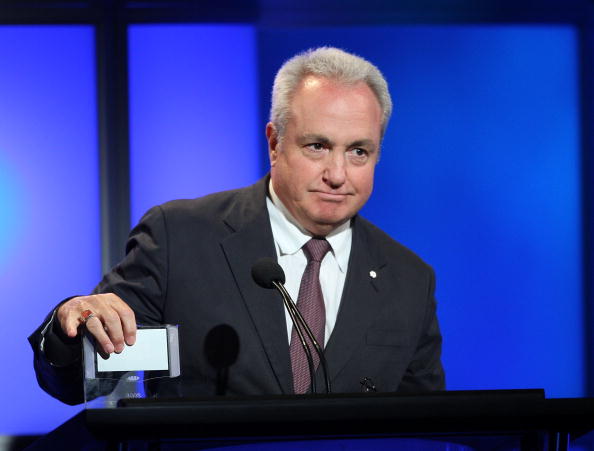 While most people like to think the ’80s and ’90s on SNL were the series’ golden eras, Michaels doesn’t believe in that. He admitted to Maron that dealing with new casts and new writers is always a painful experience. However, for him,  every cast reinvents the show — and every cast starts out not so great until they get their footings.

He explained, “All babies are ugly unless they’re your baby. I’ve been there for all the golden years, and I can tell you, they weren’t golden at the time.”

After the fifth season of SNL, Michaels decided he wanted to do something else, and he turned over the reigns of the program to producer Jean Doumanian for seasons six through ten. Unfortunately, it was a hot mess. SNL did so poorly during that time in the ’80s that NBC Entertainment president Brandon Tartikoff called Michaels and begged him to return, fearful that if he did not, SNL would no longer exist. Michaels returned and never looked back.

Former NBC Entertainment president Warren Littlefield told The Hollywood Reporter, “It was the child he created 35 years ago. So he made the decision never to leave the child again.”

Read more: Hollywood Stars Who Have Been Banned From ‘Saturday Night Live’