Selena Gomez on Thursday revealed to fans that she had received a kidney transplant, posting a picture of herself in the hospital. Gomez did not specify when this took place, but we’re now learning that it happened months ago and that she managed to keep it under wraps until now.

According to a new report from US Weekly, the surgery took place in June at the Cedars Sinai Hospital in Los Angeles. Gomez wanted to keep this a secret, and her donor, Francia Raisa, didn’t tell anyone either.

“Francia told a few people in her inner circle that she was donating one of her kidneys, but no one knew who it was for,” a source told US Weekly. “A lot of people in their inner circle knew that Francia was undergoing surgery but really didn’t ask too many questions.”

US Weekly also quotes their source as saying that Raisa was the one to offer her kidney to Gomez, who she considers to be like a sister to her. The former Secret Life of the American Teenager star has been friends with Gomez for nine years, having originally met her at an event for Disney stars.

TMZ is also now reporting that back in May, Gomez was in Chicago for a The Weeknd concert when she was rushed to the hospital due to kidney failure. Gomez was on the kidney transplant list at that point. PEOPLE reports that Abel Tesfaye (The Weeknd) scheduled performances around Gomez’s medical needs this summer. Meanwhile, Hollywood Life reports that Justin Bieber had no idea that Gomez had undergone surgery until seeing the Instagram picture yesterday.

Selena Gomez revealed back in 2015 that she was diagnosed with Lupus, which is why she had been out of the spotlight for a bit.

“I was diagnosed with lupus, and I’ve been through chemotherapy,” she told Billboard in 2015. “That’s what my break was really about. I could’ve had a stroke.” 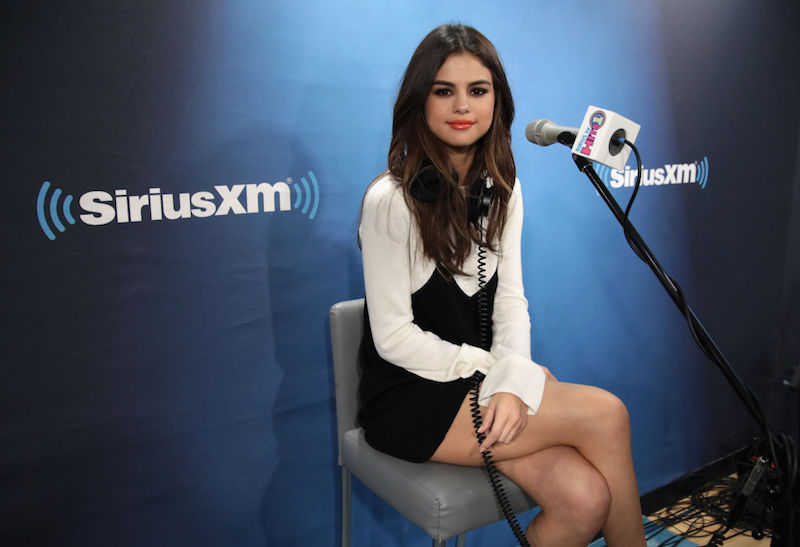 In 2016, Gomez announced that she would be taking time off due to illness.

“I’ve discovered that anxiety, panic attacks and depression can be side effects of Lupus, which can present their own challenges,” Gomez told CNN at the time. “I want to be proactive and focus on maintaining my health and happiness and have decided that the best way forward is to take some time off.”

Three months after the surgery, Gomez is now hard at work, as on Thursday she was spotted on the set of Woody Allen’s upcoming move.