September 2014: When Your Favorite TV Shows Are Returning

While this fall will mark the introduction of a whole slew of brand new shows, many viewers are just as excited for the return of old favorites like Scandal, Sons of Anarchy, and everything in between. Luckily, the kickoff to the new seasons of these beloved series are just around the corner. Here are the September premiere dates for all of your favorite TV shows. 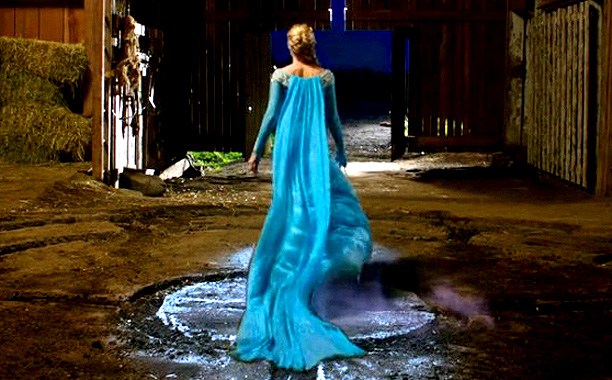 In addition to its extensive lineup of diverse new shows, the network is welcoming back many of its old favorites in late September. Three of its successful family comedies – The Middle, The Goldbergs, and Modern Family – will air back-to-back-to-back season premieres on September 24.

Looking for something with more love triangles and booze? The channel’s Southern drama, Nashville, will also return that same night. Though the show’s future seemed unclear in the spring, a third season was green-lit after a social media push from fans and producers have since confirmed that lead actress Hayden Panettiere’s real-life pregnancy will be written into the show.

Starting September 24, Thursdays will be dubbed “the Shonda Rhimes block” on ABC. Grey’s Anatomy will kick off its 11th season (and its first without Sandra Oh) on September 25, followed by Scandal and Rhimes’s latest creation, How to Get Away with Murder. Oscar winner Geena Davis has signed on to play a recurring role this season on the long-running medical drama. Meanwhile, Scandal’s fourth season will also feature some notable guest stars, including Portia de Rossi, Sonia Walger, Mary McCormack, and Josh Randall.

Sundays will be equally packed as of September 28, which sees the premieres of Season 2 of Resurrection, Season 4 of Revenge, and, perhaps most notably, Once Upon a Time’s highly anticipated fourth season. The fairytale series is introducing a much-buzzed-about Frozen-themed story arc this upcoming season, starring Georgina Haig. 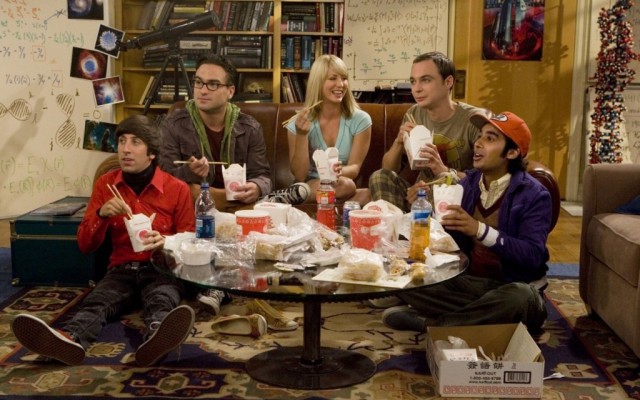 The channel’s fall slate will see the return of several much-beloved comedies and dramas over a six-week period. After Thursday Night Football’s introduction on September 11, The Good Wife’s sixth season kicks off on September 21. The Big Bang Theory’s hourlong premiere (two back-to-back new episodes) airs at a special time –Monday, Sept. 22 (due to Thursday Night Football) — before going back to its regular slot on October 30. Producers have already revealed that the sitcom will feature a major plot twist this season, specifically regarding Penny’s career.

Crime dramas NCIS and Person of Interest both premiere on September 23, while the latest season of Survivor debuts on September 24. The newest edition of The Amazing Race begins on September 26, with the fifth-season premieres of Hawaii Five-O and Blue Bloods airing later that night.

Sunday Night Football is back, with its Thursday season opener in Seattle on September 4 and then its return to weekends starting September 7. Also early in the month is the kickoff to the latest season of The Biggest Loser on September 11.

Police dramas Law & Order: SVU and Chicago P.D. will return on Wednesday, Sept. 24. The much-beloved Parenthood will kick off its final season on September 25.

Everyone’s favorite funny ladies, Zooey Deschanel and Mindy Kaling, return to their Tuesday night block starting on September 16. New Girl’s fourth season will follow Deschanel’s character, Jess, trying to adapt to her new job as vice principal of her school, which is made even more difficult when she ends up falling for the teacher she hires to replace her. Meanwhile, Season 3 of The Mindy Project will follow Mindy and Danny as they try to give their relationship another shot.

Sundays will also be big on Fox, starting on September 28, with the season premieres of The Simpsons, Brooklyn Nine-Nine, and Family Guy. Brooklyn Nine-Nine surprised everyone with its Golden Globe win earlier this year, and viewers will have to tune in to see if the show can keep the momentum going this season, which will reportedly feature Eva Longoria as a guest star.

The fifth and final season of Boardwalk Empire will premiere on HBO on September 7. After the death-ridden finale of the fourth season, fan expectations are at an all-time high. As evidenced by the just-released trailer, this season will give a deeper look at Nucky’s (Steve Buscemi) childhood and will also seemingly feature a lot more of Kelly Macdonald’s character, Margaret Schroeder.

Sons of Anarchy, the highest-rated series in FX history, is coming to a close this fall, with the highly anticipated seventh and final season kicking off on September 9. The upcoming season is set to kickoff with an almost two hour-long episode, which picks up right after Jax (Hunman) seeks revenge on the assailants who killed his wife, Tara, and Sheriff Eli Roosevelt. What he doesn’t know is that his own mother and fellow crew member are the ones responsible for the murders. Good news for fans dreading the show’s conclusion: Creator Kurt Sutter is reportedly in talks to develop a prequel series.