Serena Williams is an absolute force on the court. No other female tennis player in the Open Era has achieved what she has. But when it comes to preparing for the birth of her first child, she’s feeling a bit of anxiety.

The athlete met Reddit co-founder, Alexis Ohanian, in 2015, and they got engaged in December 2016. Williams broke the happy news on Reddit, of course, with a poem about her love. Then, in April 2017, the tennis star revealed she was 20 weeks pregnant. She later deleted the post, but it was too late, as her fans had already taken to social media to congratulate her.

Williams admitted that the pregnancy was not planned and has been pretty candid about some of the challenges she’s faced since learning she was expecting. The 35-year-old revealed some other details about her pregnancy, as well as her biggest fears about having a baby.

Here’s a list of everything we know about Serena’s pregnancy, including the one thing that worries her the most about becoming a mom.

1. The tennis champ gets some pregnancy cravings

I was told there would be late-night cravings.

Even the greatest female tennis player in the world gets pregnancy cravings like everyone else — well, sort of.

As Ohanian revealed via Instagram, his fiancée’s cravings do not consist of chocolate or fried foods. Instead, Williams has been craving vegetables. Yep, she sent him to the store to pick up asparagus, zucchini, and artichoke.

2. She is going to exercise as long as she can

Serena Williams thanks the crowd at the French Open. | Phillipe Lopez/AFP/Getty Images

Fitness is something that is obviously very important to Williams, and she plans on continuing to exercise as long as she can.

“I intend to keep exercising for as long as possible while pregnant,” she told The Telegraph. “I want the baby to be healthy and for that you need a healthy life.”

3. One of her biggest fears is labor

Williams shares a common fear that many other expectant mothers worry about, which is being in labor and delivering the baby.

“I’m nervous about childbirth,” Williams confessed in an interview with Vogue. “I’m not a spring chicken. The one thing I really want is an epidural, which I know a lot of people are against, but I’ve had surgeries galore, and I don’t need to experience any more pain if I can avoid it.”

4. She has to inject herself with anticoagulants 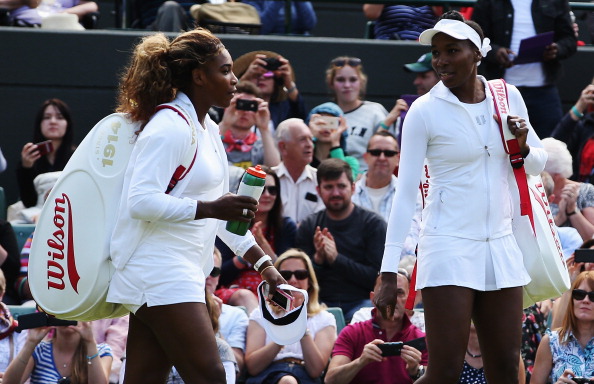 Serena on the court with her sister | Jan Kruger/Getty Image

Speaking of her surgeries, in 2011, Serena had a procedure on her foot and was then hospitalized for bilateral pulmonary embolisms, a potentially life-threatening condition that requires serious treatment.

Since being pregnant increases the risk of getting a blood clot, she must inject herself with anticoagulants every day to be on the safe side.

5. The 35-year-old posed nude during pregnancy

Serena didn’t shy away from the camera. | Stefan Postles/Getty Images for Berlei

Williams took a page out of Demi Moore and Natalie Portman’s book when she bared it all for a magazine shoot while pregnant.

Serena stripped down and showed off her baby bump on the cover of Vanity Fair and looked stunning posing with a belly chain draped around her waist. 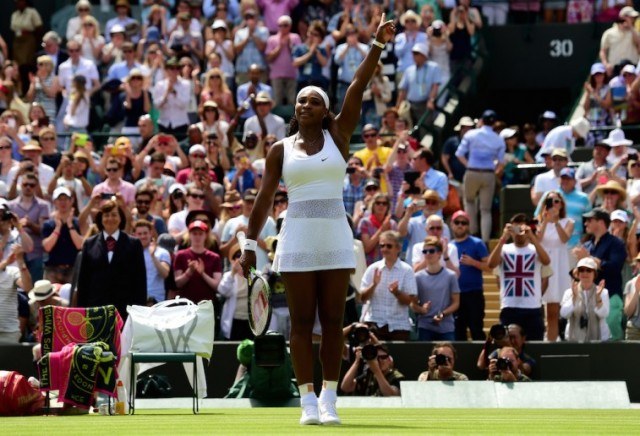 Serena Williams during a win at Wimbledon | Shaun Botterill/Getty Images

Another big fear for Serena as her due date approaches is that she may not be a “baby person” — at least, yet.

“I don’t really think I’m a baby person. Not yet,” she said. “That’s something I have to work on. I’m so used to me-me-me, taking care of my health, my body, my career.”

While the tennis player might be doubting herself a little, her celebrity friends, including Meghan Markle and Ciara, have both shown their support and stated that they think she is going to be a great mother.

7. Williams and Ohanian do not know the sex of their baby

The couple wants to be surprised. | Mike Coppola/Getty Images

Serena made it clear that despite her younger sister, Venus, using the word “she” when referring to the baby, the couple decided not to find out the sex of their child. So what’s the explanation for her sibling saying the pronoun?

“I did not grow up with brothers, only sisters and we all say ‘she’ more than ‘he,'” Serena said.

The expectant mom does believe she’s having a girl though, while her fiance thinks it will be a boy.