‘Settlers of Catan’: The Next Board Game to Hit Theaters 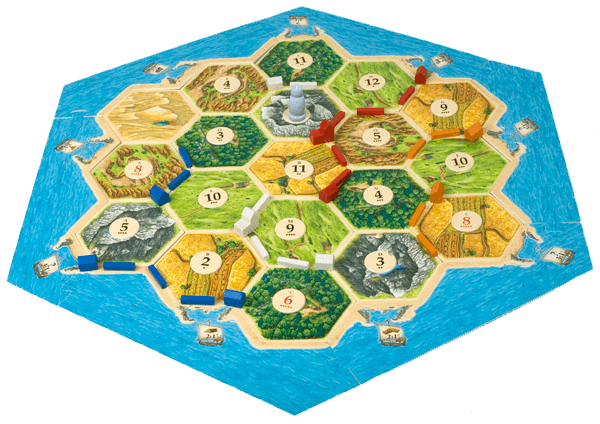 Board games have a long, checkered history making it to the silver screen. Creative flops like Battleship back in 2012 and to 2014’s Ouija, adapting them has proven to be far more difficult than anyone could have predicted. But in the last few years, the most popular board games out there are far more nuanced and complex than the offerings of even just five years ago. Game movies like Risk have been stuck in development limbo, while studios seem committed to resurrecting old mainstays like Monopoly, Hungry Hungry Hippos, and Candyland. Each proposed film has found similar roadblocks in place, and none have anything that resembles an official release date. But the next adaptation up to the plate may prove to be the one to save the genre: Settlers of Catan.

Catan is a game that’s seen a massive popularity since it hit the open market in 1995. Fast forward 20 years later and it’s a worldwide phenomenon, known for its complex rules and focus on kingdom-making. It’s managed to set itself apart from contemporaries like Risk, providing a more intellectual approach based less in chance and more in strategy. The Washington Post even went so far as to call it “the board game of our time.”

Given its mass appeal, it’s really no wonder why Hollywood tagged Settlers of Catan as the next in a long line of board game movies. It possesses the necessary built-in audience, is already an established name that even people who don’t play know, and has a whole world of potential to unlock in terms of story. But with that, comes a few caveats that may prove to make it difficult to adapt.

First and foremost, the gameplay itself doesn’t possess a narrative of any kind. For the most part, players spend the game trading resources like sheep and wheat, building roads, and amassing armies that are never used to attack anything. Think of building the Roman Empire except in a really passive way, and that’s Settlers in a nutshell. Right now, the rights are owned by Gail Katz (The Perfect Storm, Air Force One), so any adaptation would likely be of the action variety. This naturally begs the question of just how action-packed you can make a game where agriculture and road-building are two of the primary elements.

Outside of Risk though, Settlers of Catan is Hollywood’s best bet for a board game movie or TV show that makes any modicum of sense. The in-development Candyland movie has had Adam Sandler attached as the creative mind in charge, demanding an insane $200 million budget from Sony Pictures. Meanwhile, Hasbro seems determined to move forward with a Hungry Hungry Hippos film, despite the game being literally nothing more than four plastic hippos in a circle eating plastic white balls. Measured up against these, Settlers looks positively multi-faceted.

We have awhile before anything goes into production, but at the very least Katz seems to have a vision for what she wants. Talking to Variety, she referenced the game’s “exciting and timeless world,” dubbing its “mythology as a starting point for the narrative.” Given this, it looks like a vastly expanded universe will be in order, something Katz sounds more than willing to take on.