‘Sex and the City’ Fans Will Like HBO’s New Show 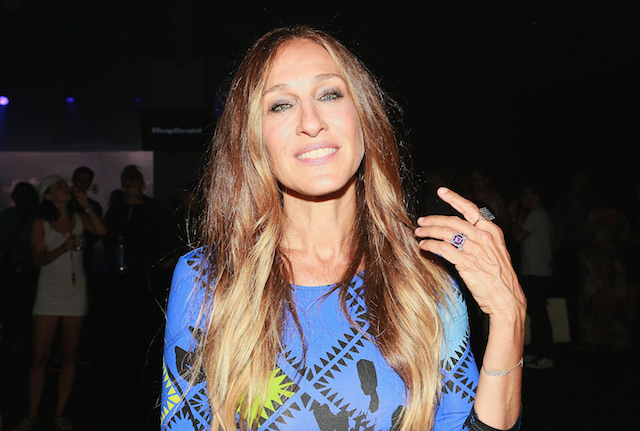 Ten years after the end of Sex and the City, Sarah Jessica Parker is eyeing a return to TV and HBO with a new project about women and New York City tentatively titled Divorce. Deadline reports the actress is in talks with the network and show creator Sharon Horgan. Parker will executive produce and star in the series, which has gotten a pilot order from HBO already.

The show is described as a half-hour comedy about a divorce that takes a very, very long time to be completed and will be set in New York City, where Sex and the City took place and where Parker lives. The actress and fashionista is heavily associated with New York from the iconic show that made her famous and her own long-time residence there.

The Hollywood Reporter provided some plot details about Divorce, saying that Parker’s character will be a middle-aged woman who mulls a split from her husband when two of her close girlfriends get divorces. She impulsively brings up the idea with him but doesn’t plan to follow through with it. Then he finds out about an affair she’s been having and tells her the marriage is over.

Horgan and her co-showrunner Paul Simms have succeeded where many others have failed in finally getting Parker to return to television. Ever since SATC ended back in 2004, the actress has been a highly desirable name in television, but she’s never returned to the small screen for a major commitment. Aside from an arc on Glee, she hasn’t been on television at all since the sixth season of SATC wrapped. For the most part, Parker has concentrated on film work, building her fashion businesses, and motherhood, since her run playing the well-dressed sex columnist Carrie Bradshaw ended.

Sex and the City was lauded for its focus on female friendship over romantic relationships during its six-year run from 1998 to 2004. The show’s four main female characters were best friends and the main focus of the show as men came in and out of their lives. HBO’s current show Girls is seen as a direct successor to Sex and the City, like a hipster millennial version of the original. Another show written and produced by women starring Parker is very likely to appeal to the fans of Sex and the City and HBO seems to recognize the importance of offering content that appeals to a female audience.

This is the second new female-driven comedy that HBO has picked up recently. The network picked up a pilot for an as-yet-untitled comedy starring comedienne Sarah Silverman as a “pathologically honest woman” facing a “modern midlife crisis.” This show also has a female writer on board, Secret Diary of a Call Girl‘s Lucy Prebble. Silverman had a recent hit on HBO with her comedy special Sarah Silverman: We Are Miracles and had a recent storyline on Showtime’s Masters of Sex.