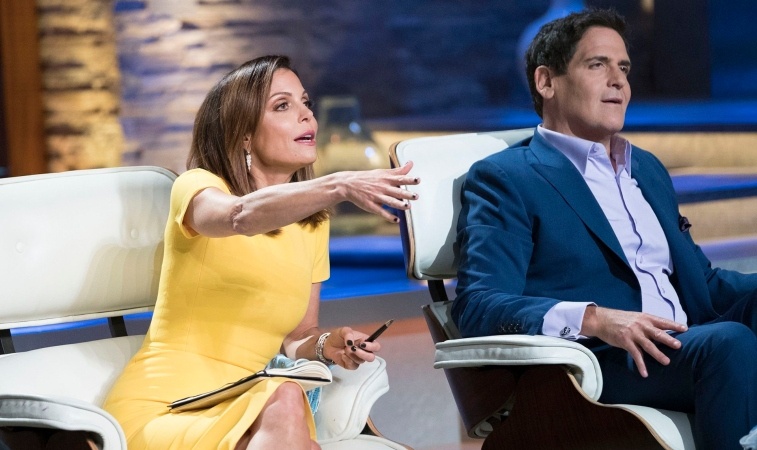 Bethenny Frankel has gotten a lot of success with her brand, Skinnygirl so it’s not surprising that she became a guest shark on Shark Tank in Season 9. In that appearance, she really butted heads with Mark Cuban and called him out for interrupting her. So do they battle it out again this season?

The Cheat Sheet talked to the cast of Shark Tank on Oct. 14 at PaleyFest. Mark Cuban revealed that he did battle Frankel again and why. Here is everything you need to know.

In last season’s finale, Cuban and Frankel were really fighting over Thrive+, a health supplement that promises to cure hangovers. While they were trying to make their case, Cuban kept interrupting Frankel and even shushed her. Of course, the Real Housewives of New York star called this out.

She said, “You did shush me, you went like this [extends arm out] three times.” So will things change between these two in Season 10? Cuban said the tables have turned this season!

Frankel is already a confident person, but Cuban teased that she has grown more into her own as a shark. “No question about it because she felt more confident and more comfortable,” Cuban said. “I mean all guest sharks when they first come in they’re a little bit unsure of themselves and even Bethenny she kind of hesitated now and then and she’d look over to me because I was sitting next to her. But by the second time around it was like ‘get away from me. I got this!’”

Cuban and Frankel are truly friends in real life. So he did give her a piece of advice to do the show. “Just be yourself,” Cuban said. “She’s so good at what she does. She didn’t really need much from me.”

It sounds like not just Cuban, but the other sharks are in for a lot with Frankel’s upcoming appearance in Season 10. She also is not the only guest shark that is returning. Sarah Blakely, Rohan Oza, and Alex Rodriguez will be back.

There are also new guest sharks with Jamie Siminoff, who you might remember for pitching his product DoorBot on the show in 2013, but failed to get a deal. He still managed to make over a billion by selling to Amazon years later and renamed the product, Ring. There will also be Matt Higgins and Charles Barkley coming on as new guest sharks this season.