‘Sharp Objects’ TV Show May Be Darker Than ‘True Detective’ 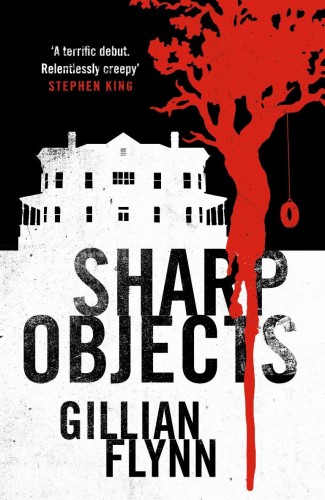 With one hit film adaptation under her belt, Gone Girl author Gillian Flynn is now working on bringing her first two novels to screen, as well. While 2009’s Dark Places is being turned into another movie starring Charlize Theron, the writer’s 2006 debut novel, Sharp Objects, is set to become an hourlong TV drama. Though details on both projects have been scarce, showrunner Marti Noxon (Buffy the Vampire Slayer, Girlfriends’ Guide to Divorce) is now finally revealing more specifics regarding the small-screen adaptation and what viewers can expect from the upcoming series.

For those who aren’t familiar with the book, Sharp Objects follows the story of Camille Preaker, a newspaper journalist who — right after ending a brief stay at a mental hospital –– is immediately assigned to investigate a murder case involving two young girls in her tiny hometown. Camille has barely spoken to her neurotic mother or her 13-year-old half-sister for years. Now back in her old family, Preaker must confront her own difficult past in order to properly cover the case. The book earned a positive critical response at the time of its debut and established the dark, gothic tone present in all of Flynn’s novels so far.

News about the television adaptation was first announced in July. As reported then, Entertainment One Television will develop and produce Sharp Objects, with Flynn on board to executive produce the show alongside Jason Blum’s Blumhouse Productions and Charles Layton. In addition to serving as showrunner, Noxon is also currently penning the script.

While its heavy themes and oftentimes disturbing subject matter, Sharp Objects could’ve made for as equally dark and compelling a movie as Gone Girl. So why did Noxon and Flynn decide to go the nontraditional route and turn it into a small-screen series? Noxon discussed the decision, telling MTV, “I actually was initially the person who went to the producers and said, ‘This is a TV show, not a movie — don’t let it go into that good night on film, because I feel like you’re going to get a bigger audience on television.’ ”

But though some may be concerned that the book’s dark dynamics will be watered down for TV, Noxon insists that’s not the case. The script isn’t entirely completed yet, but the showrunner insists that she and Flynn aren’t shying away from featuring even the ugliest parts of the novel. “We’re not going to back off from anything,” she said to MTV. “There’s been a couple of times when I said something to Gillian, and she’s like, ‘Dude, that’s dark!’ And I’m like, ‘Who are you to talk?’ ”

When describing just how dark the show will go, Noxon drew parallels between the developing Sharp Objects adaptation and one of the most buzzed-about series currently on TV, HBO’s True Detective. “I think that in this era of True Detective, and these series that really delve into some pretty gnarly places. … That’s where TV really excels,” she said, per MTV. “There’s a tolerance for particularly dark female characters.”

Taking a note from True Detective may actually benefit Sharp Objects for more than one reason. For one, given Noxon’s description, it seems the show would fare well on a premium cable network like HBO or Showtime, where it’ll have more freedom to push the boundaries. Plus, following the shorter, eight- or 10-episode season format may make it easier to turn the 254-page novel into a continuing series.

We’ll have to stay tuned to see where the show lands, as well as for information on casting. With Gone Girl proving to be such a success, the show will certainly have high expectations to meet. No premiere date for Sharp Objects has been set yet.