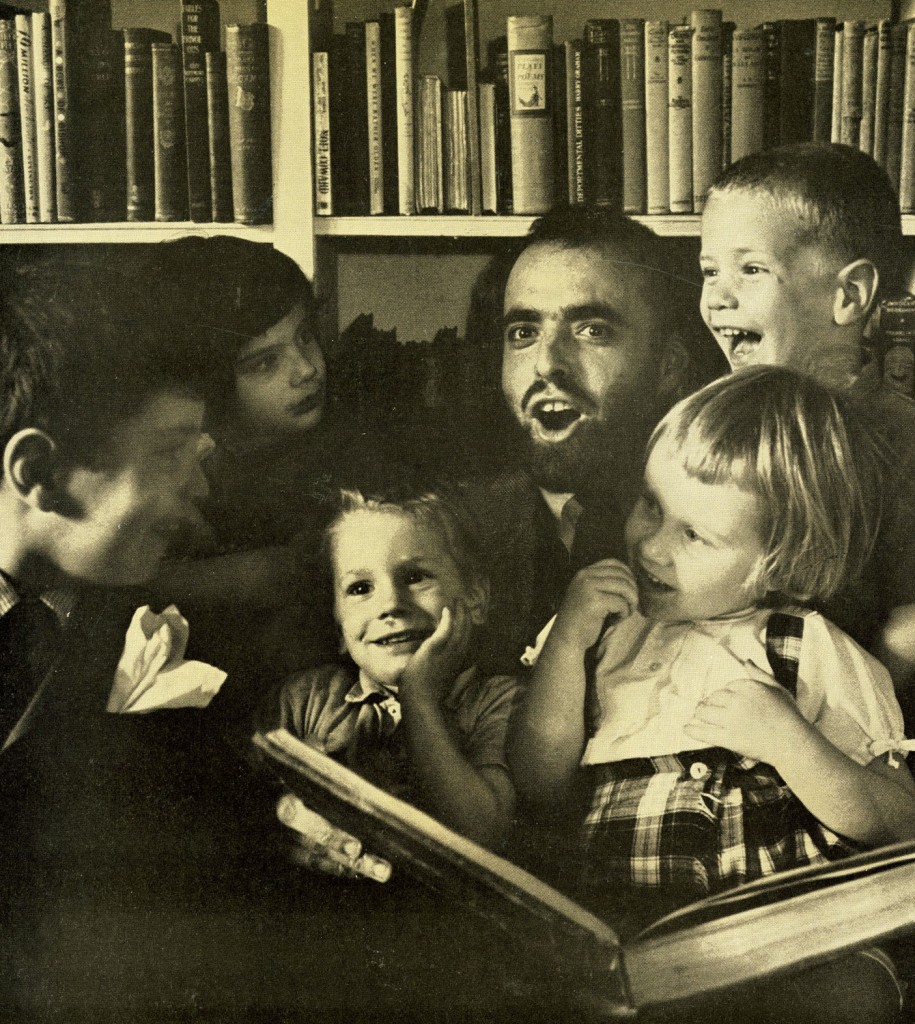 Award-winning songwriter and children’s book author Shel Silverstein will be the subject of a new biopic based on the biography A Boy Named Shel: The Life and Times of Shel Silverstein by Lisa Rogak, Variety reports. Silverstein is best known for writing and illustrating classic children’s books including Where the Sidewalk Ends and The Giving Tree, as well as penning country music classics like Johnny Cash’s “A Boy Named Sue.”

Wonderland Sound and Vision is producing the project, with writing partners Chris Shafer and Paul Vicknair adapting the script from the biography. Director McG (Charlie’s Angels, 3 Days to Kill) will be among the film’s producers. Variety said that this will mark the fourth time that Wonderland has worked with Shafer and Vicknair, mostly recently on the film 1:30 Train. Wonderland optioned the rights to the biography, and will be both funding and overseeing the project.

Silverstein’s children’s books are filled with his iconic poetry and drawings, and have been staples of children’s literature for generations. Silverstein also collaborated with musicians including Johnny Cash, Loretta Lynn, and Dr. Hook and the Medicine Show and drew cartoons for Playboy. Silverstein’s songs were as well-crafted as they were funny, and he was even nominated for an Oscar and a Golden Globe for his song “I’m Checkin’ Out,” which was sung by Meryl Streep in Postcards from the Edge. Rogak’s book explores the energy that gave Silverstein an almost unstoppable source of creative inspiration and wanderlust that led to an itinerant lifestyle and collaborations with some of the greatest artists of his time.

The book explores the many different artists that Silverstein collaborated with as well as the many women he had affairs with and his frequent stays at the Playboy Mansion. Silverstein’s most famous books have been translated into more than 30 languages and sold over 20 million copies, but the biography also looks at his experimental plays written with David Mamet and other projects that not many people know about. Silverstein died in 1999 of a heart attack at the age of 68.

Shafer and Vicknair have teamed up on their upcoming projects, including the Chris Evans and Michelle Monagan ‘anti-romantic comedy’ A Many Splintered Thing and the upcoming remake of Kokowaah for Warner Bros that has Bradley Cooper attached to star.

Silverstein is only the latest in a slew of biopics about iconic artists that have recently debuted or are coming to the big screen soon. OutKast MC Andre 3000 plays Jimi Hendrix in All Is By My Side, which made its debut at South by Southwest this spring and is the first biopic about the man considered to be the greatest rock and roll guitarist of all time. James Brown is getting the big screen treatment in Get on Up, which counts Mick Jagger among its producers. The author David Foster Wallace, choreographer Buseby Berkeley, and musicians Elton John, Nina Simone, and Freddie Mercury are all up for biopics as well.