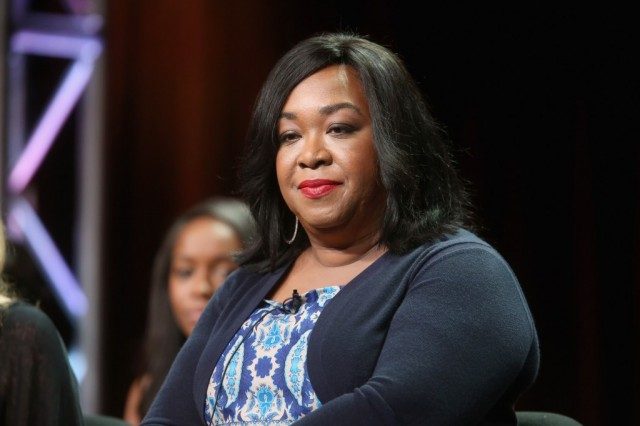 While Shonda Rhimes may be known for her work on addictive dramas like Grey’s Anatomy, Scandal, and How To Get Away With Murder, the prolific producer is heading in a different direction for her next TV project. Rhimes has signed on to adapt Isabel Wilkerson’s historical study The Warmth of Other Suns: The Epic Story of America’s Great Migration into a limited series for FX.

Published in 2010, The Warmth of Other Suns chronicles the decades-long exodus of African-American citizens from South to northern and western cities in search of a better life. From 1915 to 1970, the migration of almost 6 million people changed the face of the nation. The story is told through the perspectives of three characters who made the move in three different decades: Ida Mae Gladney, who left Mississippi for Chicago in 1937; George Starling, who moved from Florida to Harlem in 1945; and Dr. Robert Pershing Foster, who fled Louisiana for Los Angeles in 1953.

The novel, the title of which was inspired by a Richard Wright poem, took Wilkerson 15 years to complete and earned widespread acclaim at the time of its debut. In addition to receiving the National Book Award for Nonfiction, it became a New York Times best-seller and was named one of the publication’s best books of 2010.

According to The Hollywood Reporter, Rhimes will produce the small screen adaptation with her Shondaland banner partner Betsy Beers. Writer and director Dee Rees is set to write the script, as well as helm the series. Rees is best known for her 2011 feature Pariah, which earned critical praise on the festival circuit and won an Indie Spirit Award. She also penned and directed HBO’s Bessie Smith biopic Bessie, which stars Queen Latifah and is set to air later this month.

The project comes as Rhimes has continued to be a huge influence on the television industry. The producer already dominates the TGIT block on ABC with back-to-back weekly airings of Grey’s, Scandal and HTGAWM. She also has a fourth show potentially on the way. The Catch, written by Jennifer Schur and starring The Killing‘s Mireille Enos, is one of ABC’s buzziest drama pilots of the 2015-2016 season and is likely to be taken to series.

Now, it seems that Rhimes is looking to expand her scope by tackling historical drama. The Warmth of Other Suns seems like a good fit for her. Rhimes has touched upon social issues in some of her shows, such as the recent powerful episode of Scandal that drew upon real-life cases of racism and police brutality. But Warmth of Other Suns will allow her to make cultural themes her main focus.

The project already seems to be off to a strong start, with the pedigreed book serving as a solid foundation and a notable creative team already on board. FX is also a good fit for the adaptation, as the network is known for its acclaimed dramas and tends to allow more boundary-pushing than Rhimes’s usual home, ABC. If the miniseries can nail down a good cast, Rhimes could eventually find herself on the awards season circuit.

Warmth of Other Suns is also coming at a good time, with culturally themed series continuing to be increasingly in demand at various networks. History, A&E, and Lifetime recently announced a future Roots remake. NBC is teaming with Stevie Wonder for an underground railroad miniseries and musical called Freedom Run. WGN America has also jumped on the bandwagon, handing out a straight-to-series order for slave drama Underground. Given its similar subject matter, Rhimes’s project will fit right in.

No expected premiere date for Warmth of Other Suns has been scheduled yet.