Shooter Video Games Need to Fix This One Big Problem 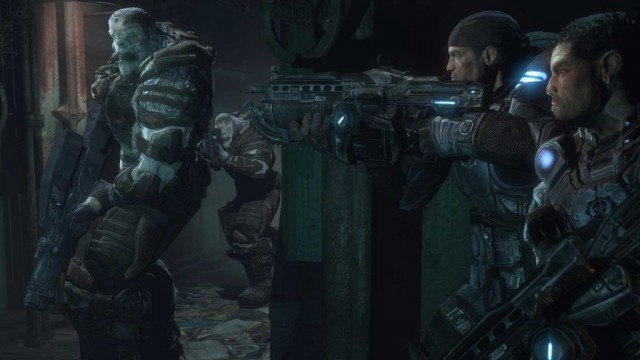 Since online gaming exploded into the massive phenomenon we know today, the focus on expanding and diversifying online components has taken precedent over the quality of single player campaigns. Understandably, studios that craft shooters tend to spend most of their time on the multiplayer to ensure that they maintain a fan-base.

It would make sense then that single player games have become increasingly more dramatic and reminiscent of TV and film, utilizing motion capture and Hollywood writers and composers to beef up the overall presentation. Though many first and third-person shooters have progressively changed for the better through the natural evolution of gaming, one aspect hasn’t changed much at all: difficulty. 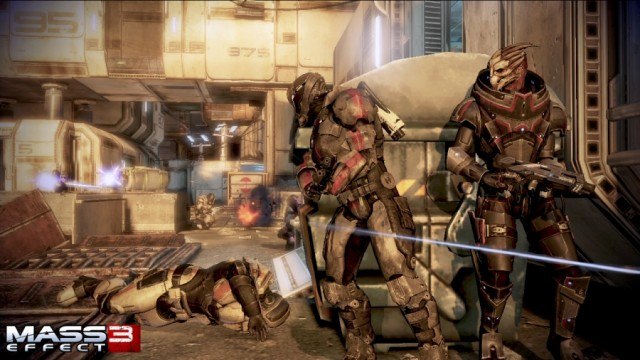 How do enemy A.I. usually act in a shooter? For starters, they seem to like cover but don’t use it very well. If you want to account for the various difficulty settings from very easy to very hard, they more or less just mean how cowardly or aggressive enemies will be in regard to their proximity to the player. If it’s hard, they’ll probably rush you, if it’s easy, they’ll probably crouch behind an explosive barrel. Regardless of the difficulty setting, typically both scenarios end up being equally easy to overcome; lie in wait for the rusher and shoot ‘em in the face or shoot the explosive barrel.

If the enemy manage to stay in safe cover and don’t risk a rush, they go to their next tactic: head popping. From the perspective of enemies in games like Call of Duty, Gears of War, and Mass Effect, it seems a bit dumb to pop their heads out from the side or over the top of their cover. Popping from cover would make sense if the A.I. actually needed to gain a visual to identify the player, but they don’t.

Most gamers know that basically once a unit or group is alerted to your presence, enemies will be looking toward you even through walls and cover, since the A.I. usually know where you are, at least generally, despite not having actually seen you. This makes the consistent head popping until the player shoots their heads off a little puzzling. They know where you are, but they’d rather hide in cover and peak out at you. Clearly this is a ploy by creative studios to give the player multiple chances to succeed, but it makes little sense in terms of realistic combat and does even less to actually challenge the player.

Let’s say the A.I. do manage to put forth an effort to outsmart the player through more advanced strategies. The environments in most shooters don’t cater to the A.I.’s independent movement. There’s only so many places to go. Be it a piece of cover, a vantage point, or a valuable objective, the enemy is essentially restrained to the same small linear box that most shooter environments are restricted to. A Halo game may in fact have vast landscapes, but these are typically used for vehicle combat, which on foot is mostly comprised of a lot of running and jumping to each small skirmish before going back to an indoor environment that likens back to all the other shooters out there.

Essentially, Halo levels may have Battlefield-size arenas for combat, but they don’t ever get used in a focused and dynamic way with the A.I. It’s always the same scenario: Approach a box, enter and eliminate the enemies in said box, and exit and search for the next box. Games have gotten better at providing multiple options for the player to capitalize on but have still left enemies hanging with limited options to counter the player. Perhaps giving A.I. more accessible areas, both above and below ground, would enable skirmishes between enemies and the player to prove more engaging.

So if more diverse environments are key to more dynamic gameplay between players and the A.I., games should further even the playing field by addressing enemies’ general lack of weaponry and gadgets. If the player can carry a machine gun, a rocket launcher, a pistol, grenades, non-lethal grenades, claymores, and a knife, why not give the A.I. more than just their basic weapon that’s based on their battlefield function (e.g., shotguns for rushers, rifles for snipers, and explosive launchers for heavy units)?

Though newer games like Rainbow Six: Siege are attempting to give enemy A.I. more autonomy and independent action, it sadly still results in overkill. Terrorists in Siege attempt to hold out in fortified buildings and can use cameras, deployable cover and barricades, C4 traps, and various gadgets to their advantage. However, the pitfall of providing the A.I. with these options is that they are often too stupid to properly use them.

If you were defending a house, would you distribute C4 explosive traps to all the windows? Would you put all the movement-slowing barbed wire at your disposal throughout the house in tactically relevant areas like stairs and doorways? Not if you’re the A.I. They’d rather put all the barbed wire in the bathroom and cluster all the C4 charges in one obvious array of red blinky lights. So in this case, maybe some subtlety to go along with the initiative of the A.I. wouldn’t hurt.

Nevertheless, allowing the A.I. to obtain more than just basic weapons would fix some issues. You can almost feel embarrassed for some enemies in games that don’t realize the limits of their weapons’ range. For example, not having an alternate weapon or gadget to switch to, you’ll find an enemy vigorously blind-firing a shotgun across a field at you to clearly no effect. Ideally, having more adequately equipped A.I. presents a more diverse challenge to the player, disrupting what is normally the slaughter of many by a one-player army.

Whether it’s insane, extreme, legendary, or hardcore mode, the most common problem seems to be that studios will tier their difficulty settings based on enemy count, accuracy, and damage. That’s about it. So playing easy or hard only really comes down to how much time you’ll have to wait in between kills depending on the severity of the difficulty. These upgrades to the enemies do make it difficult in a blunt force sort of way, but the A.I. almost always act the same exact way regardless of difficulty.

Though studios and games like Rainbow Six: Siege have made efforts to improve A.I. diversity, most shooters still function more as exhausting challenges to your endurance than intellectually stimulating engagements. With attention to A.I. behavior, environments, weaponry, and how combat plays out from each small action to action, perhaps the industry can one day improve the player experience in single player shooters to more fully replicate the same sort of kinetic ebb and flow of combat that’s often seen in multiplayer games.