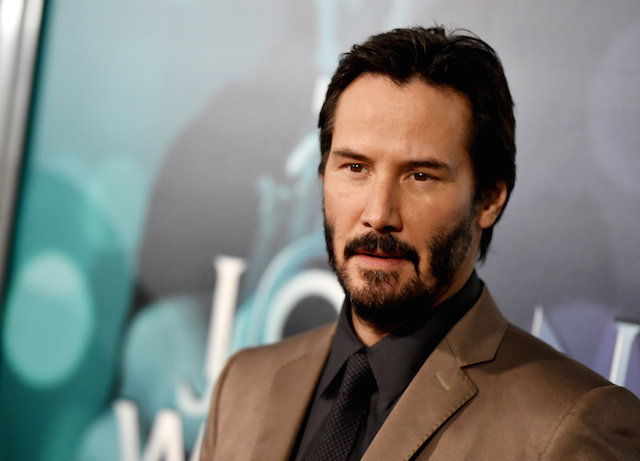 Marvel is still having trouble finding the right actor to play the seemingly uncastable role of the Sorcerer Supreme and neurosurgeon-turned-superhero Doctor Strange, but comic book fans are pushing for The Matrix actor Keanu Reeves to get the part, even though he’s less bankable than some of the other actors that Marvel is rumored to be looking at.

The Wrap reported last week that Marvel is down to three major contenders for the role of Doctor Strange: Colin Farrell, Benedict Cumberbatch, and Reeves. While the publication seems to believe that Joaquin Phoenix could still be in the running for the part even though it’s been widely reported that talks between the actor and Marvel broke down, it’s unlikely Phoenix and Marvel would be able to reach any kind of consensus over the terms Marvel would want the eccentric actor to agree to. Industry watchers said that Marvel’s tactic of requiring actors to commit to many future sequels would be a deal-breaker for Phoenix.

Cumberbatch and Farrell are both coming off big-buzz projects that would help Marvel draw even non-comic fans into movie theaters, something the company needs to think about when adapting a film about an obscure character like Doctor Strange. Cumberbatch is garnering Oscar buzz for his role as World War II code-breaker and math genius Alan Turing in The Imitation Game, while Farrell was just cast as a star in the highly anticipated second season of HBO’s True Detective.

Reeves has his advantage in love from the comic book fan community. The actor came out at the top of a poll that movie website Screen Rant did asking its readers who should play Doctor Strange. When the website talked to Reeves about the rumors, he said while he didn’t know much about the character he would definitely be interested in working with Marvel.

Aside from the fan boy love, Reeves has recently picked up excellent reviews for the independent action movie John Wick. The New York Times said of his performance: “And then there’s Mr. Reeves, always more comfortable in roles that demand cool over hot, attitude over emotion. Never at ease as one of a pack or as a romantic lead, he’s a loner with a dancer’s walk (from the hips, not the knees) and a physical charisma that the camera locks on to. Here, costumed in an indestructible three-piece suit, he’s the perfect locus for the film’s hyper-real savagery, the drain that everyone will eventually circle.”

Getting such good reviews for an action role will only make Reeves look better to Marvel. The actor has also been vocal about the fact that he would be interested in playing a comic book part should he be offered one. He lamented in a recent interview with Indie Wire that “it sucks” that he hasn’t gotten more studio offers recently. “You can have positive and negative experiences, but what I like about studios are the resources and the worlds that they can create,” Reeves said.

The actor also recently told Moviefone that he’s wanted to pick up a superhero role for a long time. “I always wanted to play Wolverine,” Reeves said. “But I didn’t get that. And they have a great Wolverine now.”

He continued: “I always wanted to play The Dark Knight. But I didn’t get that one. They’ve had some great Batmans. So now I’m just enjoying them as an audience.” Perhaps Doctor Strange will finally be his chance if Marvel chooses to take the fan boys’ advice rather than pick a more popular actor.