TV Shows That Got Axed Before Airing Even 1 Episode

Every year, there are some TV shows that quickly become hits and others that only manage to churn out a few episodes before getting the ax. Then, there are the few really unlucky series that manage to survive their pilot season and earn a series pickup — only to get canceled before they ever even premiere.

Below, check out 10 shows that received initial series orders, but never actually made it to the air. 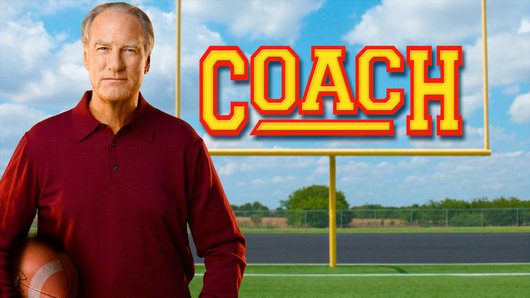 NBC issued a 13-episode straight-to-series order for a Coach revival series in March 2015. Original star Craig T. Nelson was set to reprise his role as Coach Hayden Fox in the sequel series, which was expected to have a midseason debut. But the show apparently just couldn’t come together.

In August 2015, the network abruptly pulled the plug on the project, citing creative issues. 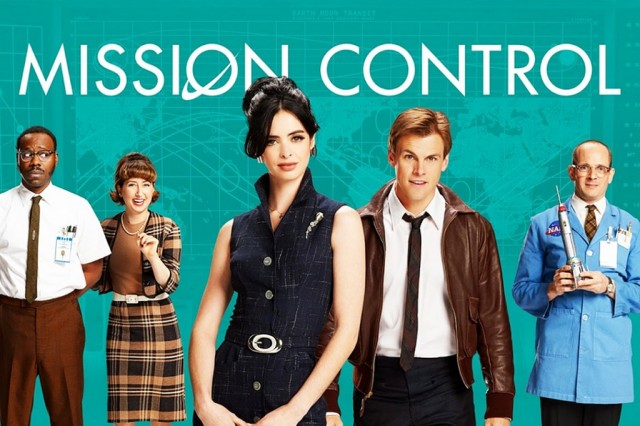 NBC’s space sitcom was axed before it even got to air. Produced by Will Ferrell and Adam McKay and written by It’s Always Sunny in Philadelphia‘s David Hornsby, the female-driven workplace comedy starring Krysten Ritter was originally expected to make a 2014–2015 midseason debut after its initial pickup.

According to The Hollywood Reporter, the show underwent some recasting after co-star Michael Rosenbaum exited the series. Casting issues continued to delay the project, and the network ultimately decided to scrap the series completely.

Fox pulled the plug on the ambitious Egyptian drama, despite initially giving it a straight-to-series order. A pilot for the pricey project was filmed, with shooting expected to resume in late 2014 for an anticipated midseason debut.

The network decided against moving forward with the project, reportedly because the show wasn’t coming together creatively. 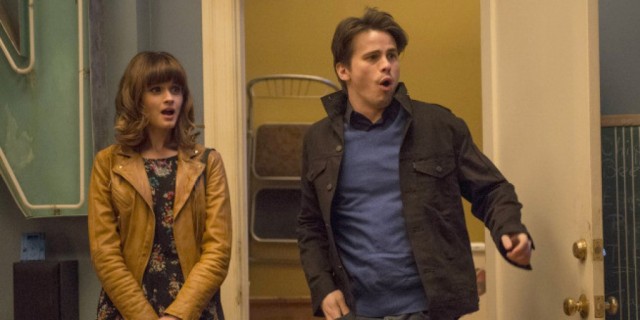 Gilmore Girls’ Alexis Bledel was set to return to the small-screen opposite Parenthood’s Jason Ritter. The show, an American remake of the smart British comedy Gavin & Stacey, was initially given a 13-episode series order. The network later cut down the order, opting not to continue shooting past the six episodes already filmed at the time.

It never went back into production and the network eventually canceled it altogether, despite originally planning to air at least the completed episodes. 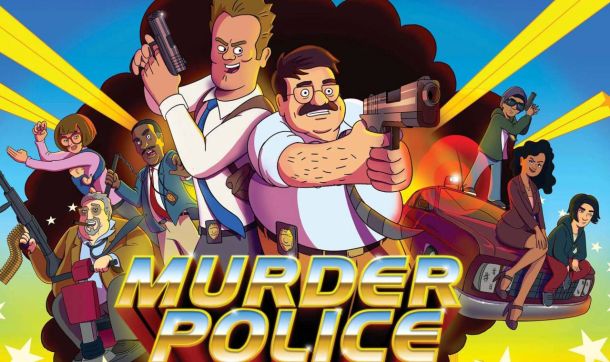 Fox initially picked up the animated TV comedy, co-created by Family Guy’s executive producer David Goodman and animator Jason Ruiz, for a 13-episode order. The series, meant as a satire of other cop shows, centered on an inept detective and his colleagues at a city precinct.

It was scheduled to air in 2014 as a midseason entry, but Fox ended up pulling the show in October 2013 without airing a single episode. The network reportedly decided to scrap the series after reading scripts and watching footage from planned episodes. 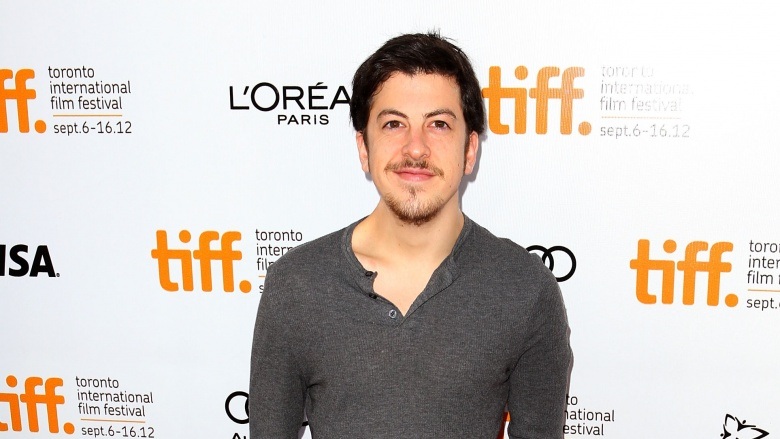 Co-created by Ajay Sahgal and Alan Kirschenbaum, this CBS sitcom starred Christopher Mintz-Plasse and Nicholas Braun as two young best friends who move from Indiana to Los Angeles to work for Groupon. The network issued a series order for the comedy in May 2012, with the intention of debuting it as a midseason entry in the 2012–2013 TV season.

But the network decided against moving forward with the show, perhaps in light of Kirschenbaum’s tragic suicide in October 2012. The channel never aired the eight produced episodes. 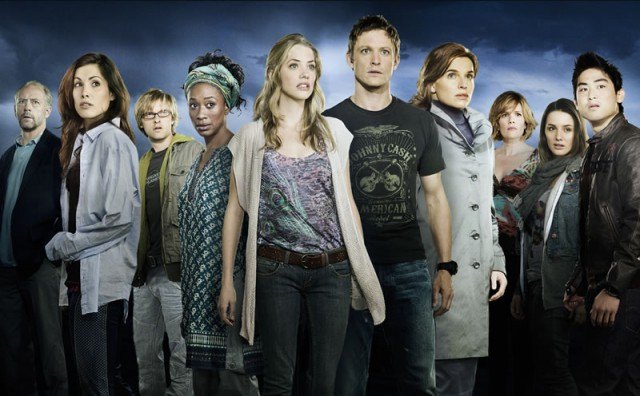 The planned sci-fi series, about apartment residents who survive an unknown worldwide cataclysm, was initially ordered as a 13-episode series at NBC. It was expected to fill the Heroes time slot after the 2010 Olympics. Eventually, the network decided to scale back the show to a miniseries, reducing its order to only four episodes.

NBC then changed its mind again, announcing that only the pilot would air, but as a two-hour television movie. Neither the original series episodes nor the purported movie ever aired. 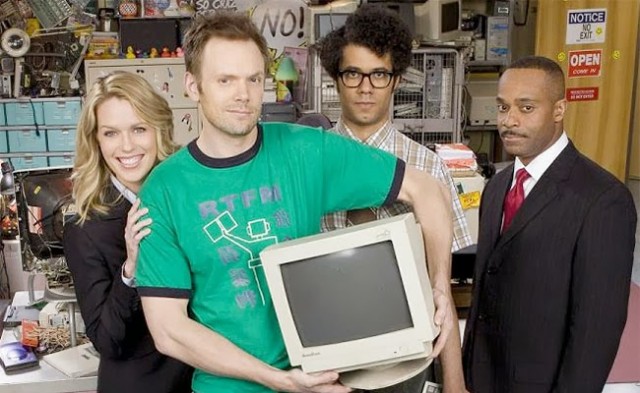 The IT Crowd | NBC

Before starring on Community, Joel McHale led NBC’s attempted American remake of this British workplace comedy, which follows two IT nerds stuck in the basement of a major corporation and their new ambitious female manager, who knows nothing about computers.

A pilot was filmed and a full series was ordered, with the network advertising a 2007–2008 run. Despite the fact that several scripts had already been written, the show failed to go into production and was eventually canceled, although the pilot was leaked online in 2012. 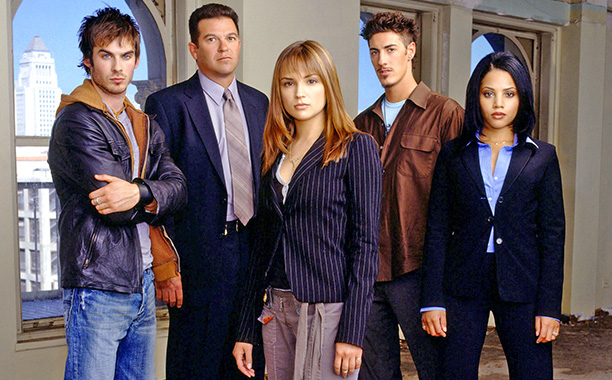 The WB announced this show, based on the YA series of novels by Francine Pascal, for its 2003–2004 season. Originally intended to air on Tuesday nights, the series starred Rachael Leigh Cook, Bianca Lawson, Ian Somerhalder, and Eric Balfour.

But after the producers began having issues with the script and casting, the network bumped it back to a midseason debut, putting One Tree Hill (which went on to air for nine seasons) in its place. After several delays, the show was canceled. The pilot, which was the only completed episode, never aired on television but later leaked online. 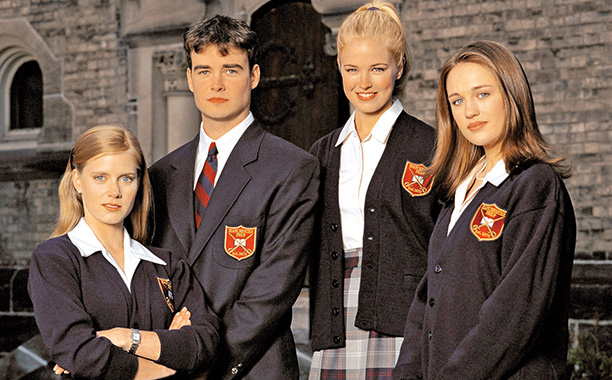 The series, commissioned by Fox, was originally formulated as a TV series prequel to the movie Cruel Intentions. The series followed the sexual escapades of teens at an elite New York private school and starred the now acclaimed and Oscar-nominated Amy Adams in the lead role.

Two episodes were filmed, but the series was canceled before ever airing. Eventually, the footage — with the addition of new, racier sex scenes — was used for a direct-to-DVD movie entitled Cruel Intentions 2.