‘Solo’ May Be One of the Biggest ‘Star Wars’ Failures Ever

Solo is a great Star Wars movie, and fans of the franchise seem to be fairly happy with it. General audiences are too, as the film earned an A- CinemaScore. But there’s no denying that the movie has been a massive box office disappointment.

Solo is shaping up to gross significantly less than any Star Wars movie has before, and it might not even end up breaking even. So why is that? Here’s a look at some of the reasons Solo disappointed at the box office, including the issue Disney itself is pointing to (page 6).

The film had a subpar opening weekend 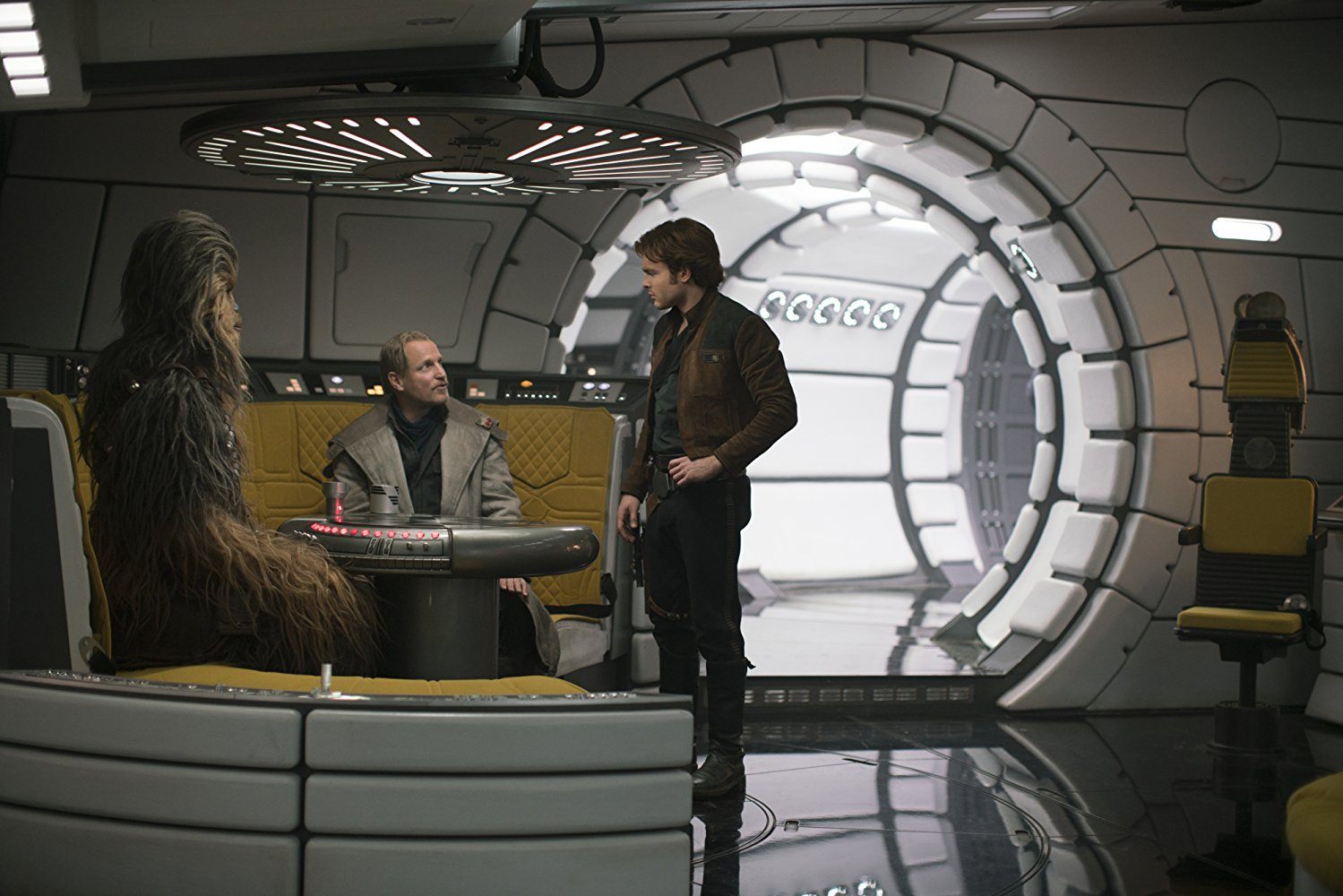 The Force Awakens opened to $247 million; Rogue One opened to $155 million; The Last Jedi opened to $220 million. Even Justice League, which was mocked as being a major box office flop, made $93 million in its opening weekend.

An even bigger issue, though, was the movie’s international opening weekend: It took in just $68 million overseas, down quite a bit from The Last Jedi‘s $230 million and Rogue One‘s $135 million.

Next: Why this number was unacceptable for Disney.

The budget was way too high 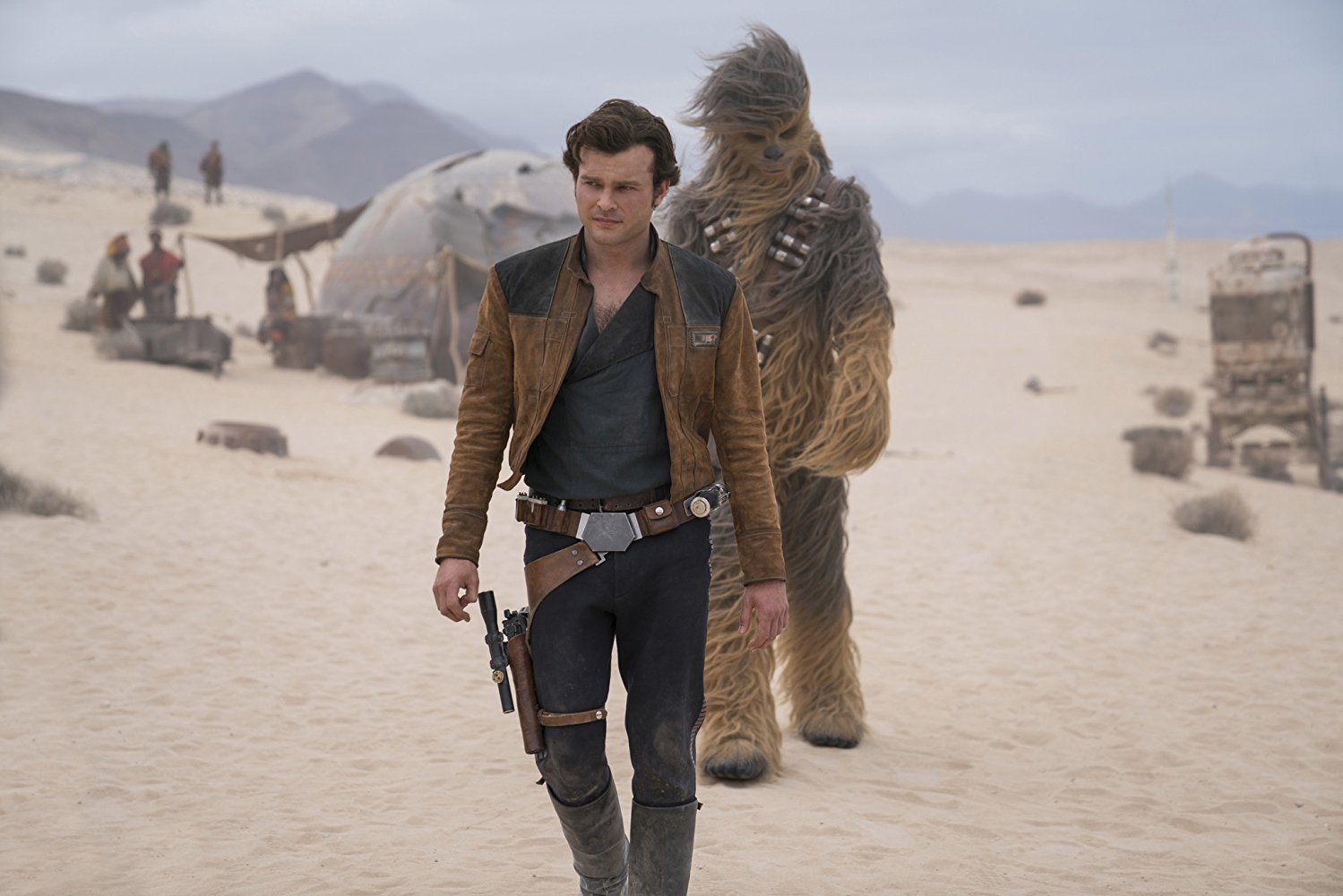 The movie cost a lot more money than it has made. | Lucasfilm

There are some circumstances under which an $84 million three-day opening weekend would not be considered a failure or a disappointment at all. One could argue that a movie like Solo is intentionally a smaller event than The Last Jedi, and it’s unreasonable to expect it to perform to the level of the other Star Wars movies.

But the problem with that is that Solo reportedly cost upwards of $300 million, with the extensive reshoots adding to the budget significantly. And that’s not even factoring in prints and advertising. Had the movie cost closer to $100 million, we’d be having a different conversation. But Solo was simply way too expensive to justify this modest take.

Next: This was one issue with Solo‘s release.

It came out too soon after The Last Jedi 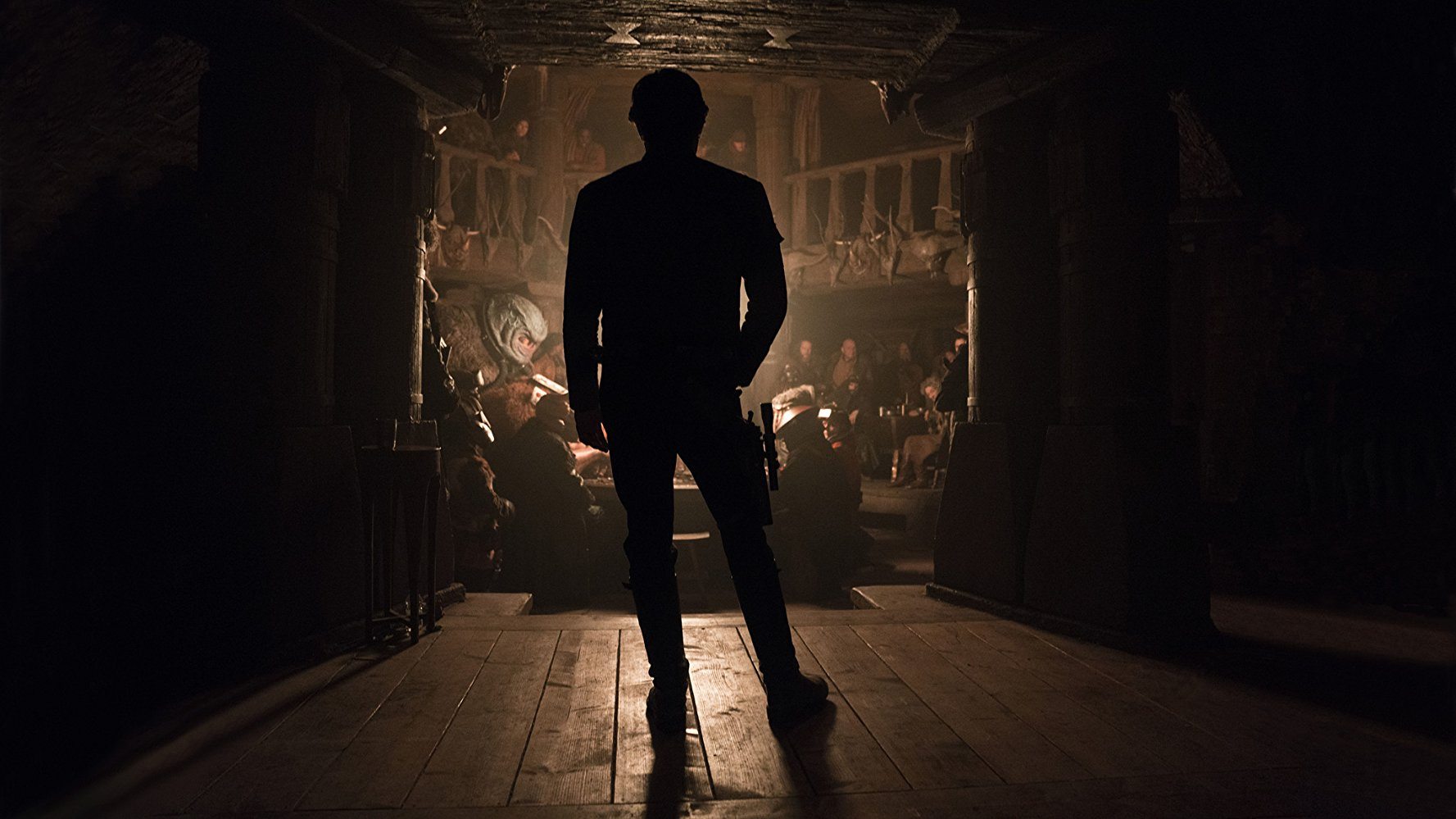 The movie came out too soon. | Lucasfilm

Star Wars movies should feel like major events, and audiences should hunger for more of them. But releasing a film in the series just five months after the last one is problematic; moviegoers are still coming down from a Star Wars high when they’re immediately hit with another one long before they’re craving more. Casual fans might feel like they already got their fill of the galaxy far, far away fairly recently and can just wait for video on this one.

Although Marvel Studios releases films in close proximity too, these movies tend to be radically different from one another so that each one is a distinct experience. On the other hand, Solo, based on the trailers, seemed to be delivering basically the same type of thing as The Last Jedi.

Next: Another major issue that impacted the movie’s performance

The marketing didn’t begin until February

The marketing started too late. | Lucasfilm

The first teasers for The Last Jedi and Rogue One came out eight months before the film’s release. But with Solo, Disney was in a difficult situation. If they wanted to follow this same strategy, they’d have to put out the Solo teaser in November. But that would mean they would be advertising two Star Wars movies at once.

Instead, they decided to focus entirely on The Last Jedi for a long time, not marketing Solo until the buzz for that film had died down. The result was that there was not a single piece of Solo advertising — not a teaser, a poster, a still image, or anything — until February 2018, only three months before the movie came out.

This gave Disney an incredibly tight window during which to market the movie, and it seems like it just wasn’t enough time, especially since it was crucial to make people aware of this film’s release date after years of Star Wars movies coming out in December.

Next: Did fans even want this movie? 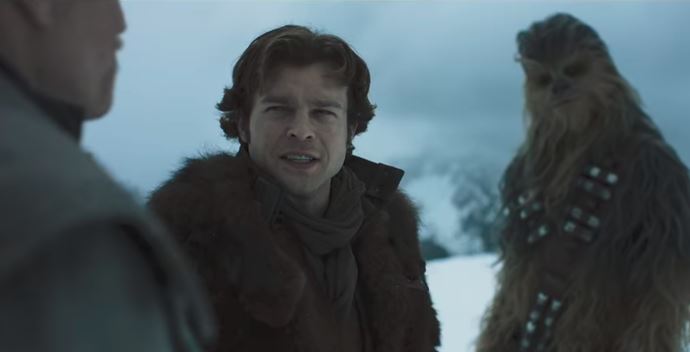 Whenever the average person found out that there was going to be a Han Solo prequel movie, most immediately asked, “Why?”

This just didn’t seem to be an idea that the general public was jonesing for. Fans tended to feel that exploring Han’s backstory was not exactly necessary. Some also felt that nobody should play the character other than Harrison Ford.

Although the movie turned out to be a lot of fun, among general audiences, it sounds like the basic premise may not have been interesting enough that they felt the need to turn out on opening weekend rather than wait a few months and catch it on Netflix.

Next: The movie had this working against it, too.

It came out in a crowded month 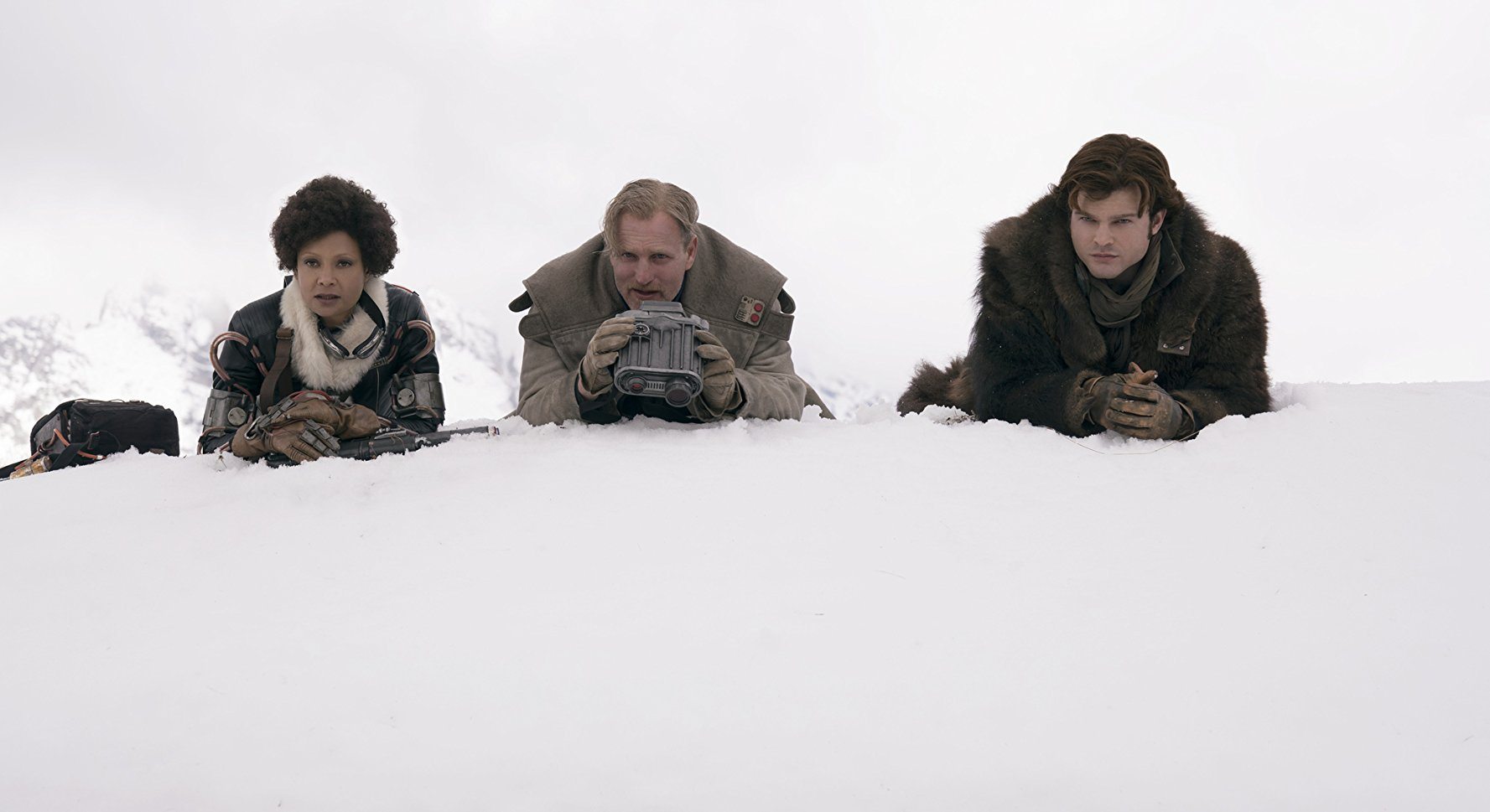 The movie came out in a month full of blockbusters. | Lucasfilm

Solo was the first of the new Star Wars movies to come out in the summer, and it was released during a particularly crowded time following two giant blockbusters: Avengers: Infinity War and Deadpool 2. The latter film was originally going to be released in June.

It’s reasonable to assume that some moviegoers saw both Infinity War and Deadpool 2 and, with the high price of movie tickets these days, decided to hold off on going to see another giant blockbuster for a bit.

This is what Disney itself is pointing to as the reason for the disappointing performance, with Distribution Chief Dave Hollis telling The Hollywood Reporter, “There’s a question of frequency, and how many times people will go to the movies. Is this too much and too soon for a third time in a five-week period?”

Next: How did the content of the movie itself impact the box office? 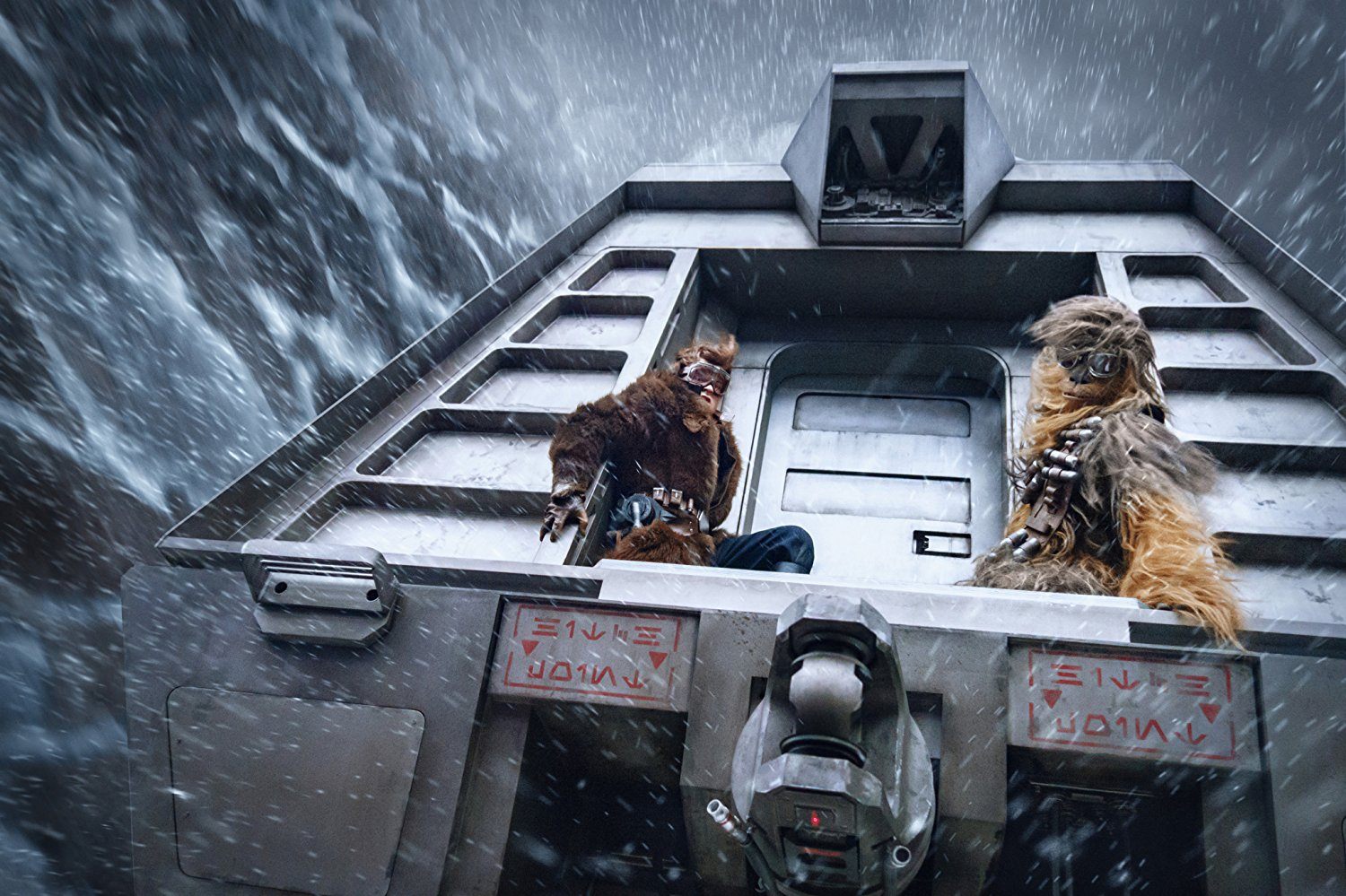 Solo is the first movie in the Star Wars franchise that doesn’t really feel essential. That doesn’t mean it’s bad; it just means that the stakes are a lot lower by design. The plot simply focuses on a small adventure that Han goes on that has no real impact on the larger galaxy.

Moviegoers clearly felt the need to rush out to see The Last Jedi, the next chapter in the Skywalker saga which featured the return of Luke Skywalker. They even rushed out to see Rogue One, a film about new characters but that still felt monumentally significant.

But Solo was just a light, low-stakes adventure with a character audiences are already fairly familiar with. This, combined with several other factors, made the movie feel a bit less like a must-see event for some.

Next: The movie had this working against it as well.

The movie had a lot of bad buzz 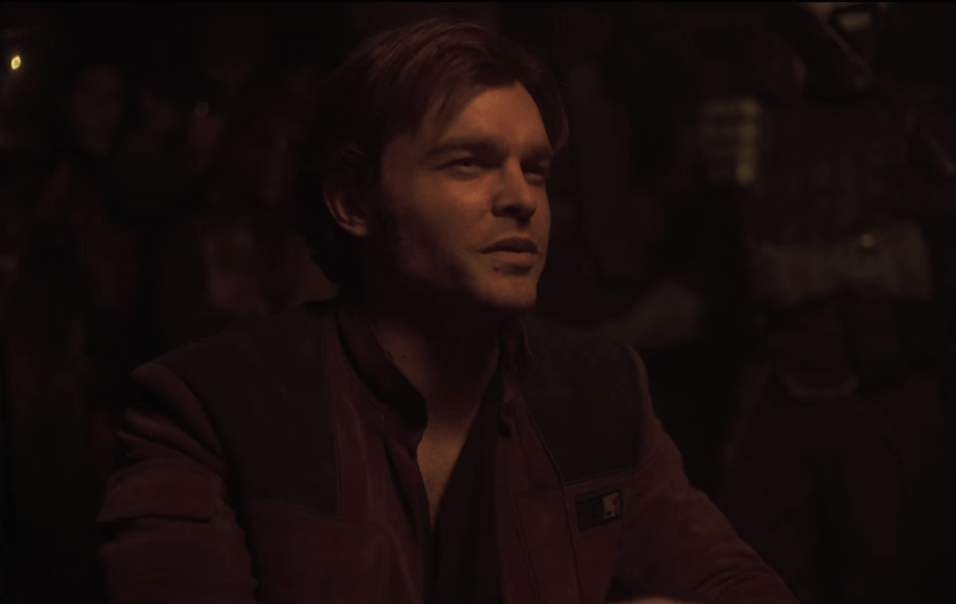 There was a ton of drama on set. | Lucasfilm

Solo also went through a fairly troubled production. Last summer, the directors were fired after nearly the entire movie had already been shot; Ron Howard was brought in at the last minute.

In addition, there was report after report about on-set difficulties and acting coaches to the point where there was just a lot of toxicity surrounding the project for months.

Sure, Rogue One also went through some production difficulties, but nothing like this. When a movie has a poor release date, a high production cost, a premise that audiences are skeptical about, and no marketing until a few months before, it sure doesn’t help that virtually all of the press surrounding it was about the production being a disaster.

What does Lucasfilm do going forward?

Where does the franchise go from here? | Lucasfilm

Disney has acknowledged that Solo is a box office disappointment, especially overseas. Distribution Chief Dave Hollis says the company plans to “spend a lot of time digging into why things happened the way they did in various markets.”

So how might this movie’s performance impact the strategy going forward? For one, according to The Hollywood Reporter, Disney and Lucasfilm are unlikely to release two Star Wars movies so close together again. If that’s the case, Disney will probably keep Star Wars in December.

Sadly for fans of Solo, Lucasfilm will also now have to seriously reconsider whether they want to make a sequel.