Ever since multiple women came forward and accused Harvey Weinstein of sexual misconduct, a slew of other accusations have surfaced. According to The New York Times, more than 50 high-profile men (as of press time) lost their jobs, resigned, or experienced other fallout as a result. Accusations range from inappropriate comments to sexual assault. We gathered the top 10 highest-profile cases. 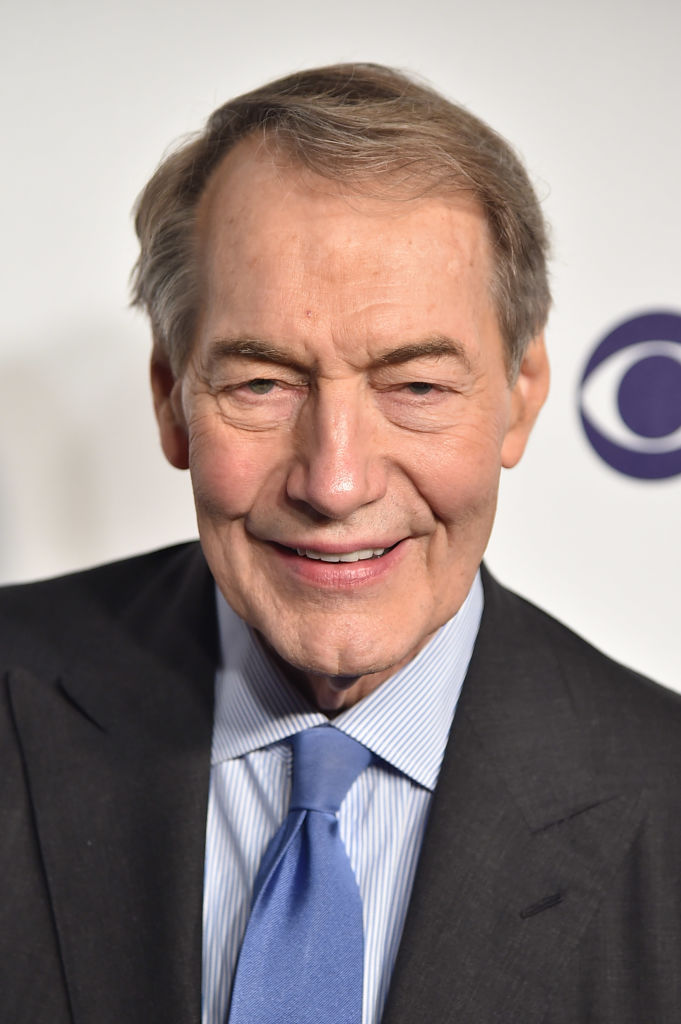 The journalist and 60 Minutes host lost his job after at least eight women accused him of sexual misconduct, according to The New York Times. CBS released a statement after what it called “extremely disturbing and intolerable behavior said to have revolved around his PBS program.” Bloomberg and PBS also suspended distribution of his interview show, Charlie Rose. In a statement, Rose said he feels very embarrassed by the allegations and “learned a lot” as a result.

Next: This feminist champion allegedly did not walk the walk. 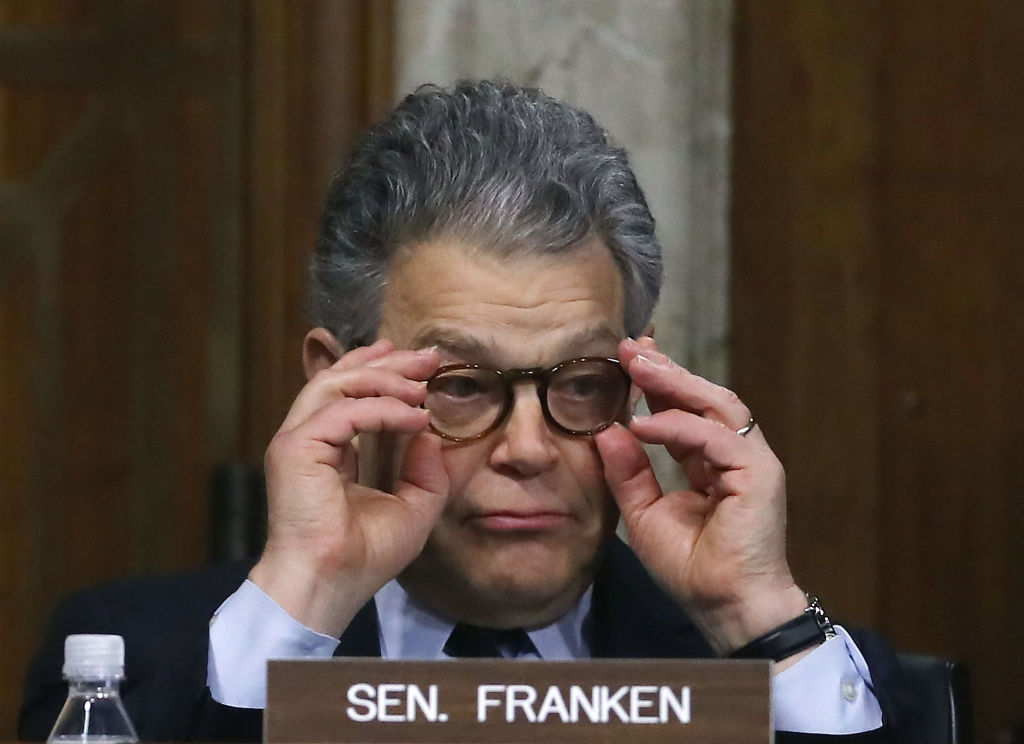 The United States Senator, vocal supporter of women’s rights, and former Saturday Night Live cast member helped call for an investigation into his own actions. Leeann Tweeden accused him of forcibly kissing and groping her over a decade ago. Subsequently, three dozen women he once worked with came forward supporting him, NBC reports. He issued an apology, pledged to cooperate with all investigations, and ultimately resigned.

Next: This comedian made a career out of joking about men behaving like pigs. 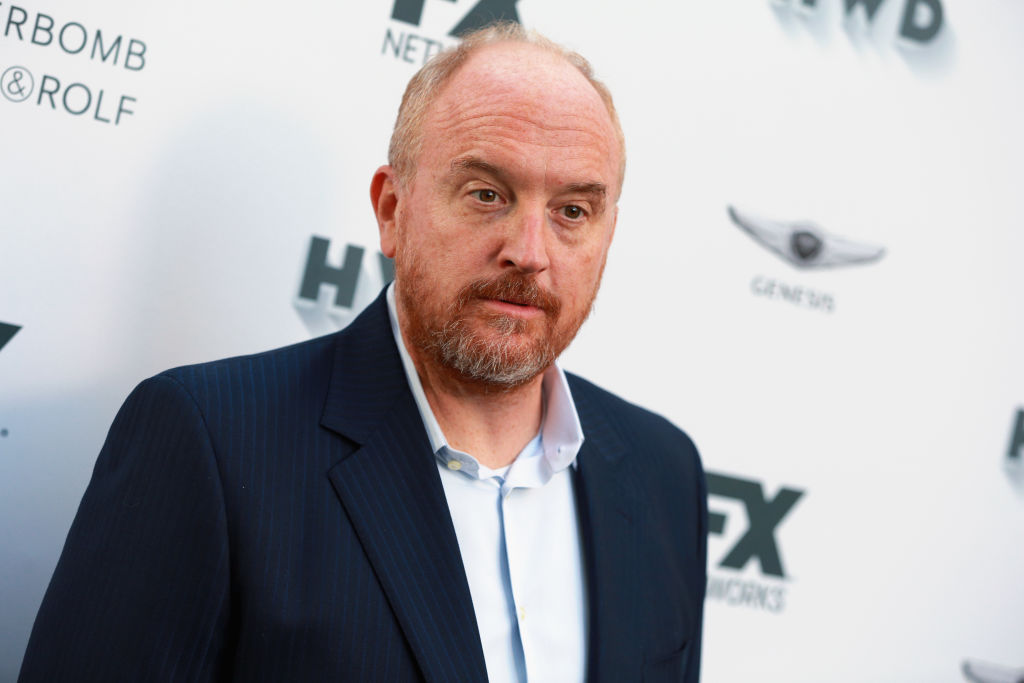 Next: Many Republicans stand by this alleged predator. 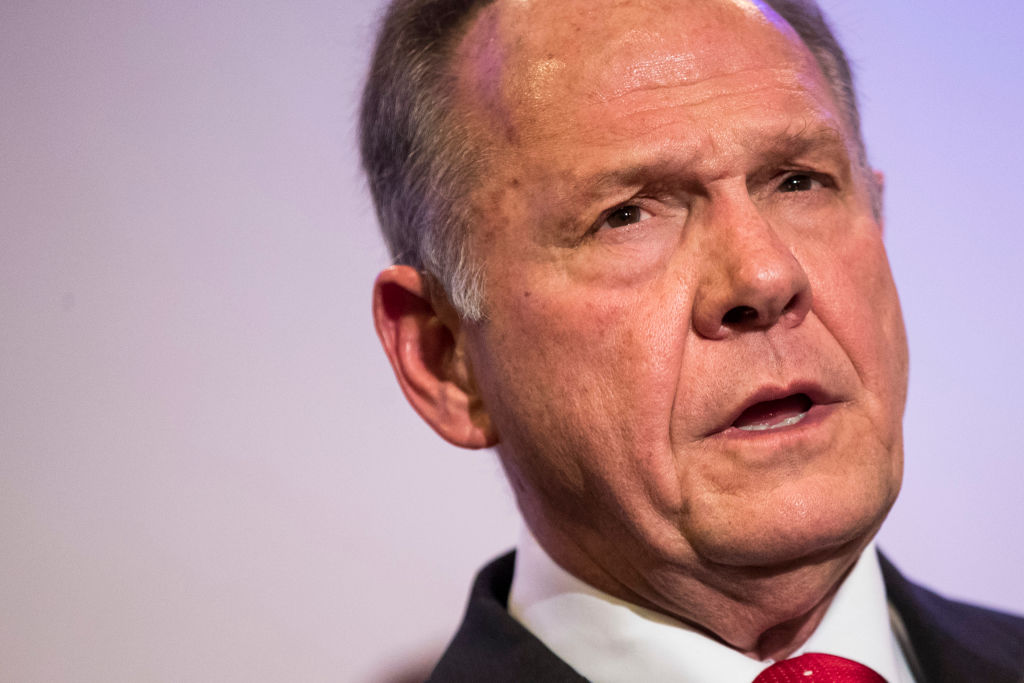 The Republican National Committee withdrew its support from Alabama Senate candidate Roy Moore, after several women accused him of romantic entanglements when they were teenagers. Several others have accused him of assault, CNN reports. Moore denies the allegations and President Donald Trump also backs up those statements. In a page from the president’s playbook, the candidate later blamed the “Obama-Clinton machine” and the Democratic Party for the allegations.

Next: Transgender rights advocates are horrified by the next alleged predator. 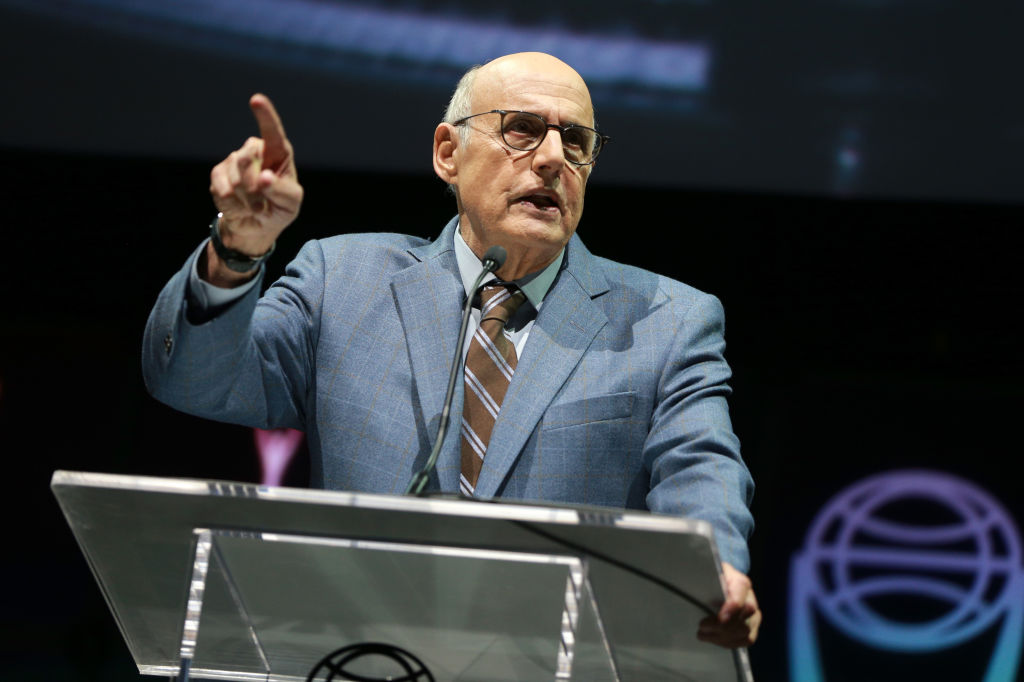 Golden Globe winner and Transparent actor Jeffrey Tambor faced accusations of inappropriate comments and unwanted touching by his costars, Deadline reports. While he denies the allegations, he has decided to exit the show. “I know I haven’t always been the easiest person to work with,” he acknowledged, in response. “I can be volatile and ill-tempered, and too often I express my opinions harshly and without tact. But I have never been a predator – ever.” Amazon has subsequently opened an investigation into the accusations.

Next: This actor decided to come out as a gay man after these allegations came out. 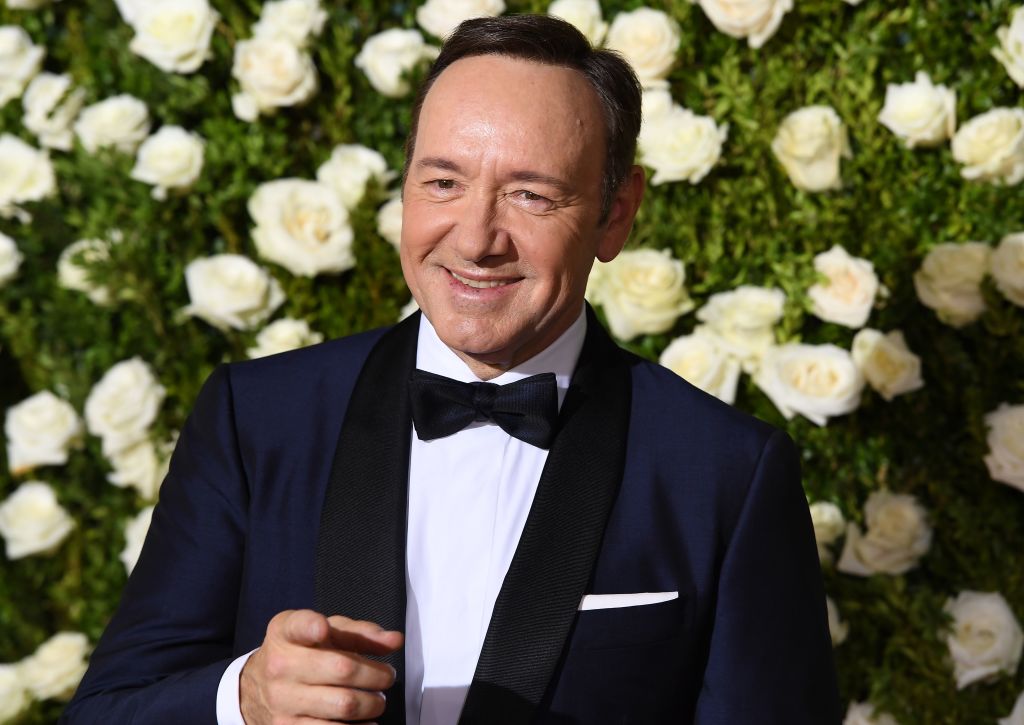 The two-time Oscar-winner and House of Cards star stands accused of alleged sexual misconduct with 15 people, both men and women, USA Today writes. After Anthony Rapp initially accused him, Spacey made a statement on Twitter. He also denied remembering the interaction, then took that as an opportunity to come out as a gay man. As a result of the allegations, he has been suspended from House of Cards and cut from a number of other projects.

Next: While this journalist claims to have reformed, his past actions still followed him. 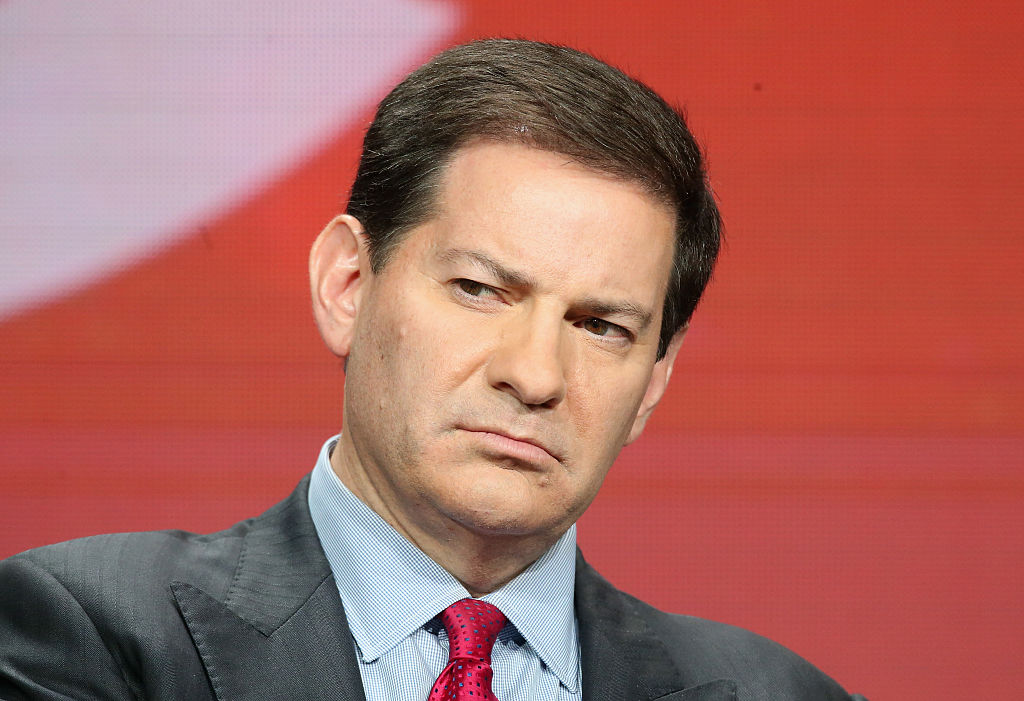 The MSNBC and NBC contributor and author of Game Change has been accused of sexual misconduct by at least a dozen women, according to CNN. Women reported sexual advances while he worked at ABC News that ranged from inappropriate comments to touching, including an on-the-record account in The Washington Post. Halperin acknowledged and apologized for his actions, calling himself “part of the problem.” The journalist also said he sought treatment, and that his conduct at TIME, Bloomberg, NBC, and Showtime differed greatly.

As a result of the allegations, MSNBC and NBC have dismissed Halperin and his upcoming book and HBO contract have both been canceled.

Next: This photographer had come under suspicion for decades before the hammer finally fell. 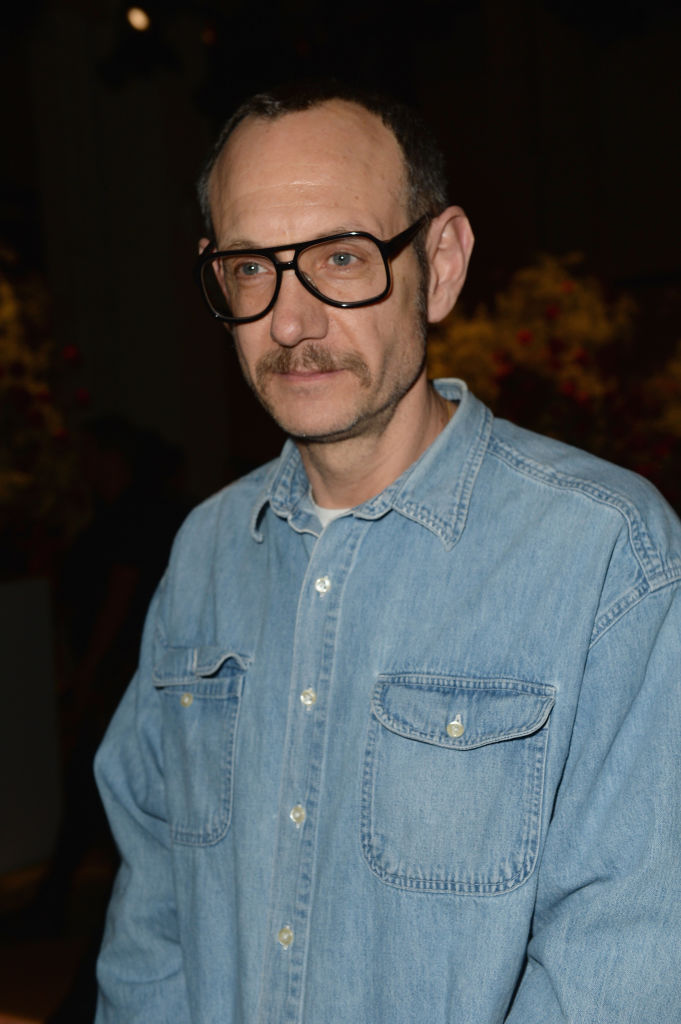 The fashion photographer no longer works for Conde Nast, after multiple models came forward with sexual misconduct allegations. The Guardian reports several fashion brands followed suit in blacklisting the notoriously explicit photographer. Allegations against the world-famous photographer date back to at least 2001. He made a name for himself in making explicit and often highly sexualized portraits.

Richardson denied the allegations, saying all of the models consented and signed release forms. He also said he never coerced models into sexual acts, although he stands accused of doing so.

Next: This famous chef’s allegedly got himself into hot water. 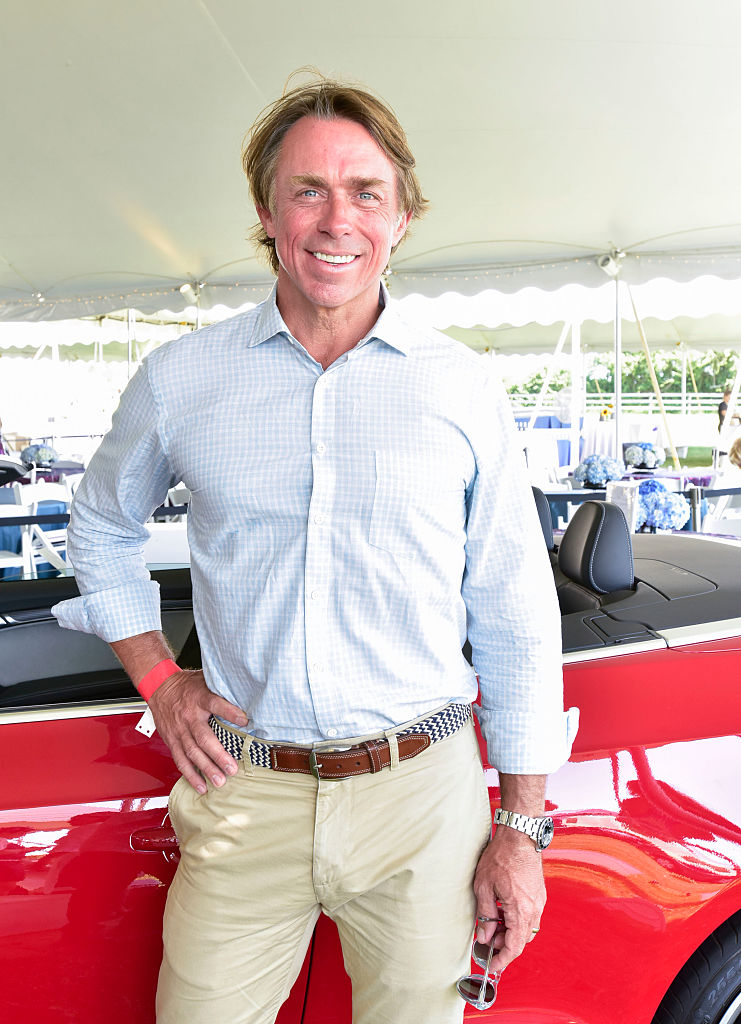 John Besh resigned after allegations came out against him. | Eugene Gologursky/Getty Images

The head of the Besh Restaurant Group stepped down after 25 women told the Times-Picayune that he fostered a culture of harassment. According to the report, Besh and other male supervisors made suggestive comments, asked about their sex lives, and leveraged sex for advancement. Employees also filed complaints alleging sexual discrimination with the federal Equal Employment Opportunity Commission.

Besh later apologized and stepped down from his post. He said in a statement, “I alone am entirely responsible for my moral failings. This is not the way the head of a company like ours should have acted, let alone a husband and father.”

Next: This news executive found himself out of a job after allegedly abusing his power. 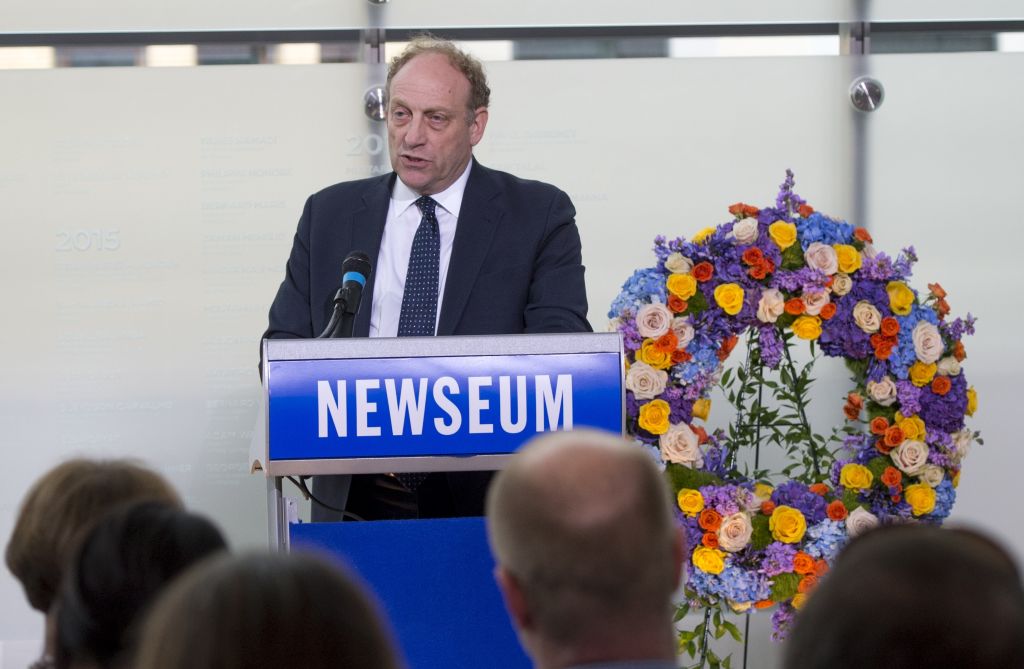 The head of news at NPR and former editor at The New York Times resigned after three women accused him of sexual harassment. Two women who worked with him at The New York Times first reported unwanted sexual advances to The Washington Post. A current NPR employee subsequently followed. NPR placed Oreskes on leave while it investigated the allegations.

In a statement, Oreskes later said, “I am deeply sorry to the people I hurt. My behavior was wrong and inexcusable, and I accept full responsibility.”

As a comprehensive New York Times graphic demonstrates, more men come under fire every day. Some say the “Weinstein effect” will hurt the industries it affects. Ultimately though, the actions of the men who allegedly perpetrated harassment or violence against women do far more damage.