Taylor Swift’s latest album, Reputation dropped on Nov. 10 to a fairly lukewarm reception. The controversial pop star has come under fire for her constant feuds, litigious nature, and lately, her white supremacy following. 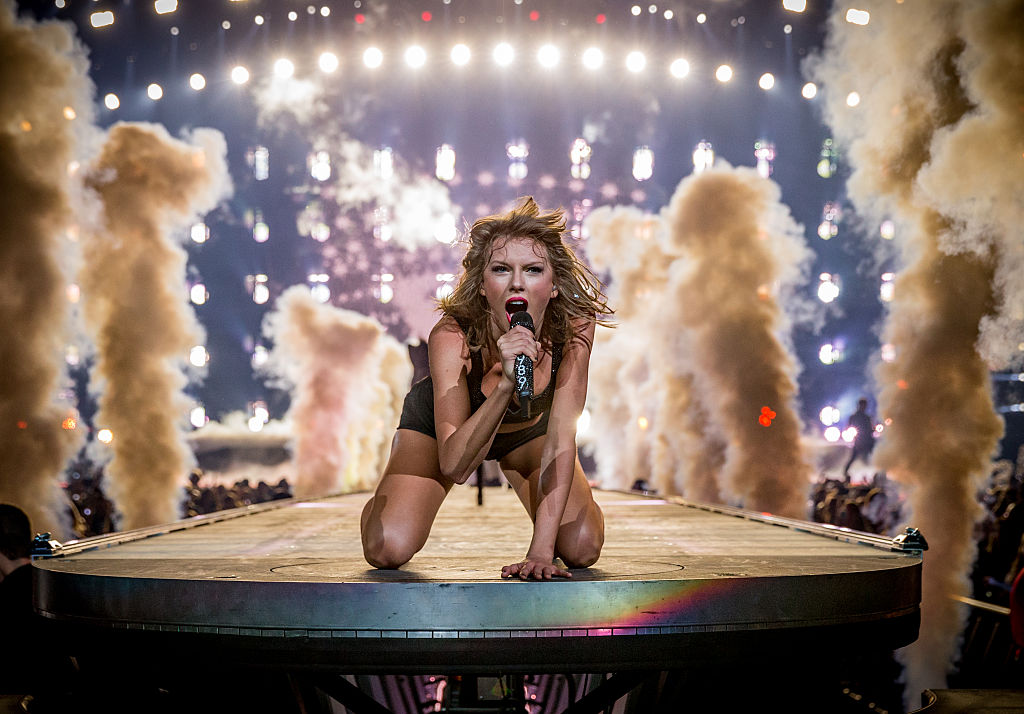 You heard that right. Swift’s #squad includes a whole slew of alt-right followers, as Breitbart first pointed out. Because the Internet is, well, the Internet, these pop up in some surprising places. Emily Pattinson’s Pinterest board went viral after fans started noticing her pictures of Swift with Adolph Hitler quotes. A thread on Reddit featuring more of the same — and the reverse — also took off.

Next: While at least these two appear satirical, others are scarily sincere. 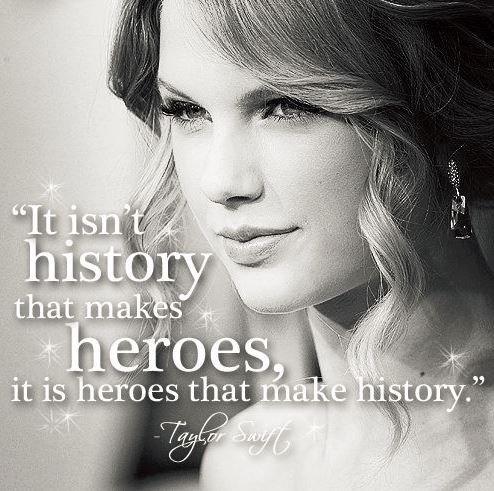 A photo of Swift overlayed with Hitler quotes. | Leftover Pizza via Reddit

The community manager of a now-defunct Facebook page called “Taylor Swift for Fascist Europe” explained that Swift represents the ideal Aryan icon. He told Broadly she “embodies the Aryan spirit.

“Being Aryan is not simply a matter of blood, but it is also a matter of spirit. Take Kim Kardashian or Miley Cyrus as examples of this: both began their lives with the same Nordic blood that Swift did, but … although Aryan in blood, the two are not Aryan in spirit. To be Aryan in spirit is what completes the fascist.”

Next: Well-known white supremacists are totally here for Swift’s songs.

3. Steve Bannon loved ‘Look What You Made Me Do’ 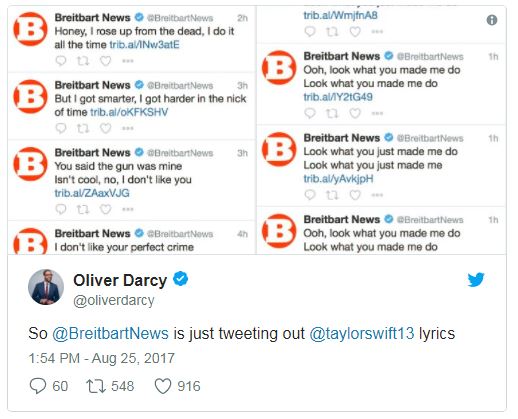 White supremacist site The Daily Stormer has published at least 24 posts about — and usually defending — Swift. Those include “Aryan Goddess Taylor Swift Accused of Racism for Behaving Like an Ape in a Music Video” and “Memification: Top Feminist Calls Taylor Swift a Nazi.” The site also uses Swift as its header images in otherwise unrelated stories.

After “Look What You Made Me Do” dropped, Breitbart tweeted out its stories tagged by lyrics from the song. They actually fit well. Really well.

Next: Is Swift a pure Aryan goddess?

4. Swift’s whiteness makes her ‘Glamorous,’ according to her fans 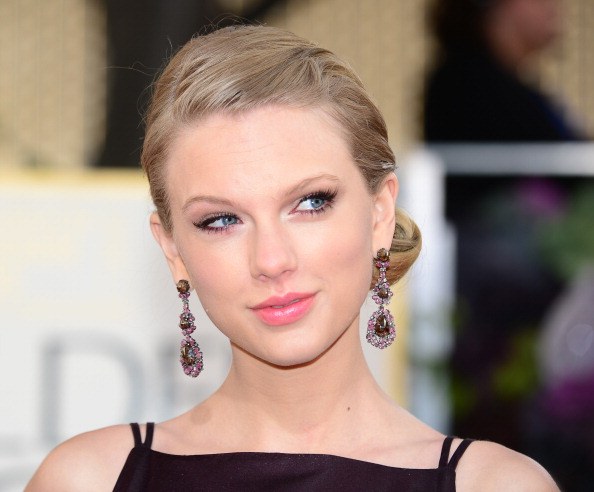 “Taylor Swift is a pure Aryan goddess, like something out of classical Greek poetry. Athena reborn. That’s the most important thing,” Andre Anglin of The Daily Stormer told Broadly. “It is also an established fact that Taylor Swift is secretly a Nazi and is simply waiting for the time when Donald Trump makes it safe for her to come out and announce her Aryan agenda to the world.”

Anglin said he and the alt-right await the day when the singer becomes engaged to one of Trump’s sons and assumes her throne as American royalty.

“The entire alt-right patiently awaits the day when we can lay down our swords and kneel before her throne,” Anglin said, “as she commands us to go forth and slaughter the subhuman enemies of the Aryan race.”

Next: These Easter eggs command Swift’s alt-right fans from within her own songs. 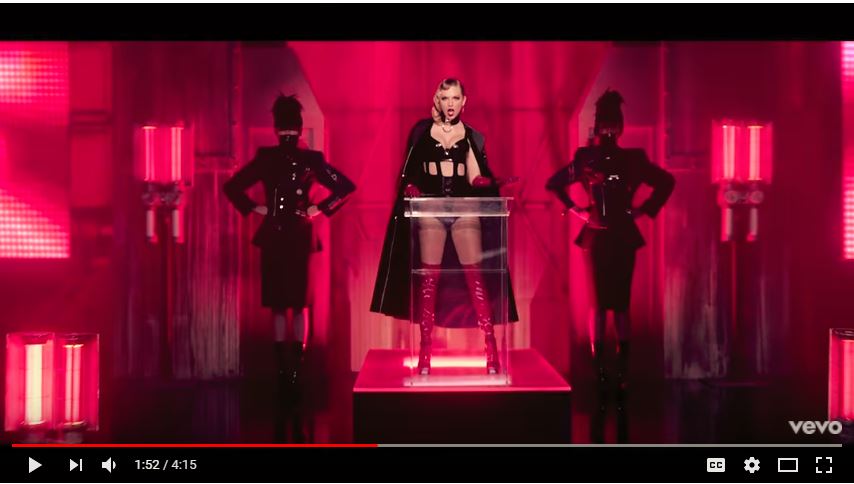 A still from the video for “Look What You Made Me Do.” | Taylor Swift via Youtube

As one blog on the subject points out, “Look What You Made Me Do” lyrics seem to offer quiet support of a racial hierarchy. The blogger posits that many on the alt-right see the song as part of a “re-awakening.” At one point in the accompanying music video, she lords over an army of models from a podium, in what looks like an unsettling parallel to Hitler in Nazi Germany.

Next: The blog goes on to break down the song’s lyrics, revealing some scary parallels.

6. Did T-Swift know about the hidden messaging? 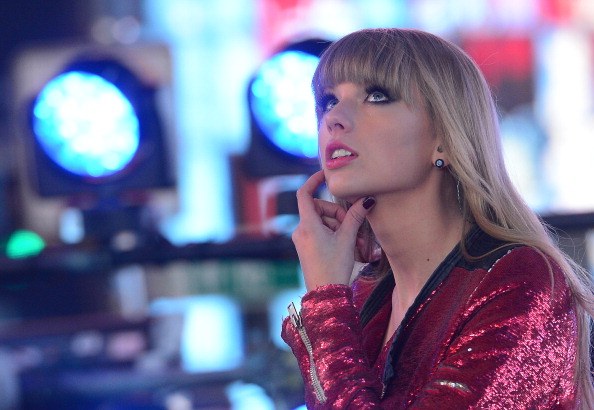 Whether or not Swift realizes the messaging remains up for debate. | Emmanuel Dunand/AFP/Getty Images

Some lines appear to signal the alt-right in some subtle, but frightening ways. At one point, she sings, “I don’t like your kingdom keys. They once belonged to me. You asked me for a place to sleep. Locked me out and threw a feast.” These lyrics could speak to white anger and affirm white supremacy. Consider the fears President Donald Trump spoke to during his campaign — of being “locked out” of an increasingly diverse country.

7. Is Swift the female Trump? 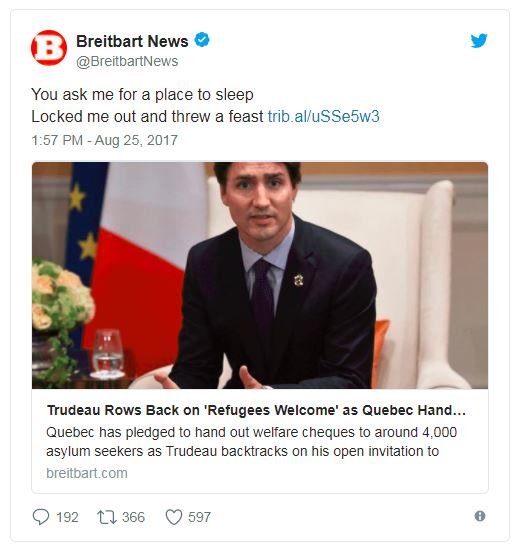 Some of the tweets Breitbart sent out seem awfully appropriate. | Breitbart via Twitter

Trump is a patriarchal, rich white man that embodies the anger driving white supremacist ideology. As became evident during the Charlottesville, Va. protests and his response to it, these fears motivate his white-supremacist base. So, apparently, does Swift.

Buzzfeed critiqued the pop icon’s latest evolution, and said her silence on politics and white supremacy basically speaks for itself. “Swift is intrinsically linked to whiteness and privilege,” Buzzfeed notes. “And in 2017, she is still absenting herself from the cultural conversation while simultaneously trying to center herself in it.”

Next: Even her mainstream critics don’t disagree.

8. Critics have called her ‘Nazi Barbie’ 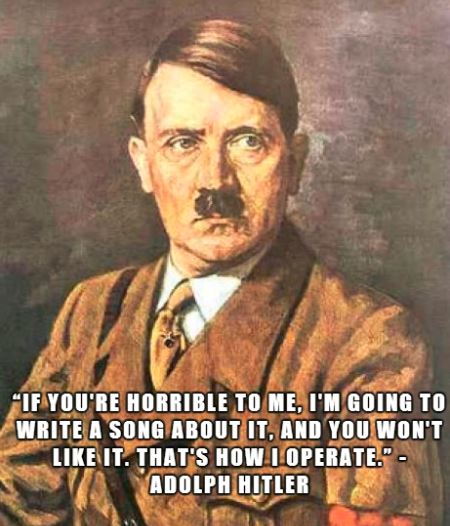 Camille Paglia wrote a scathing critique of the pop star and her posse for The Hollywood Reporter. It referred to her as an “obnoxious Nazi Barbie.” She said “her twinkly persona is such a scary flashback to the fascist blondes who ruled the social scene during my youth.”

While the singer’s alt-right image is almost certainly not intentional, we have to wonder why she hasn’t publicly denounced it. Even a letter her lawyers wrote against white supremacy was not released for public consumption — until the American Civil Liberties Union lambasted her for attempting to stifle free speech. Watch that “Reputation” of yours, Swift. It’s starting to tarnish.