Something Good Could Come From Failed Sitcom ‘Mulaney’ 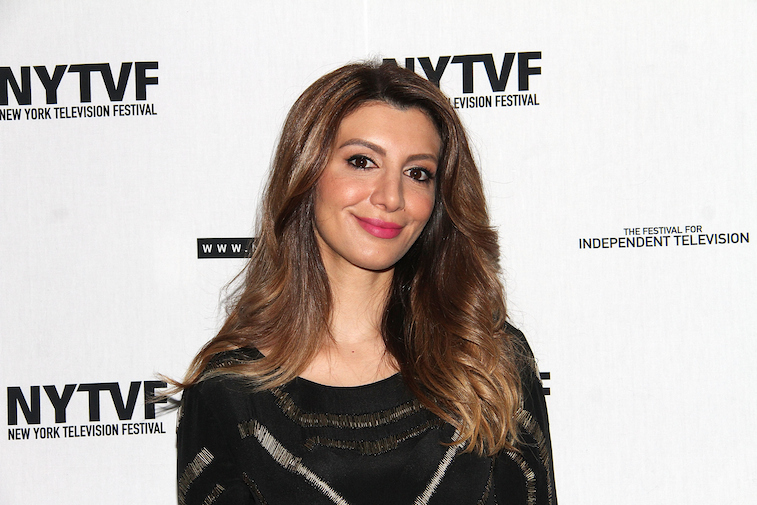 One of the biggest flops of the television season this year was standup comedian John Mulaney’s attempt at a traditional sitcom. The show, called Mulaney, was hoped to be promising given Mulaney’s hilarious standup routines, but it ended up being a weak Seinfeld rip-off that was ripped apart by critics and cancelled by Fox before it could even complete its first season. Something good come of the fiasco, though, as one of the show’s stars and former Saturday Night Live alum Nasim Pedrad has inked her own deal with Fox in the wake of its cancellation.

According to a report from Variety, Pedrad will write, create, and star in her own Fox series. After leaving Saturday Night Live, where the Iranian American comedienne spend five seasons and became popular for her impression of Kim Kardashian, Pedrad joined Fox for the role on Mulaney. She was so well-liked by the network that she also got a recurring role on the network favorite New Girl and landed a part on Ryan Murphy’s highly anticipated upcoming new horror-comedy anthology series Scream Queens.

“Nasim is not only one of the most talented comedic actresses out there today, she’s also a formidable writer with a clear, bitingly witty point of view,” said Fox Entertainment President David Madded to Variety. “With her role on Scream Queens and the ideas she’s already bringing to the table for development, we are so excited for her to be an even bigger part of the Fox family this year.”

Pedrad didn’t exactly have the smoothest entry into sitcom television with Mulaney, which was completely ripped apart by critics when it debuted this fall and quickly cancelled. She had been widely praised for her work on SNL, and it seemed like her choice to transition over to scripted TV had been a failure. But the actress is bouncing back quickly. New Girl is one of Fox’s best reviewed sitcoms and is a good place for a new actress to gain some recognition. Even better, Scream Queens is one of the most anticipated new shows of the year as Ryan Murphy spins off his American Horror Story creation with a more comedic, but still horrifying, series. Scream Queens will star AHS alum Emma Roberts and Glee star Lea Michele and takes place on a college campus racked by a series of mysterious murders. Fans of Glee and American Horror Story will have their eyes on this series, and thus on Pedrad as well.

All that experience will inform the actress and comedienne’s role as the writer, star, and creator of her very own show for Fox. Madded said that she’s already been contributing creatively to Scream Queens in addition to her acting duties, preparing her for the role of creating her own show. Her nuanced portrayal of every minute detail of what makes Kim Kardashian so funny earned wide praise and quite a bit of woe when she left SNL to focus on Mulaney, and those fans will be glad to have her back. While it’s uncertain what Pedrad’s show is going to be about, it looks like it will retain her characteristic wit — just don’t get your hopes up about a Kardashian impression.